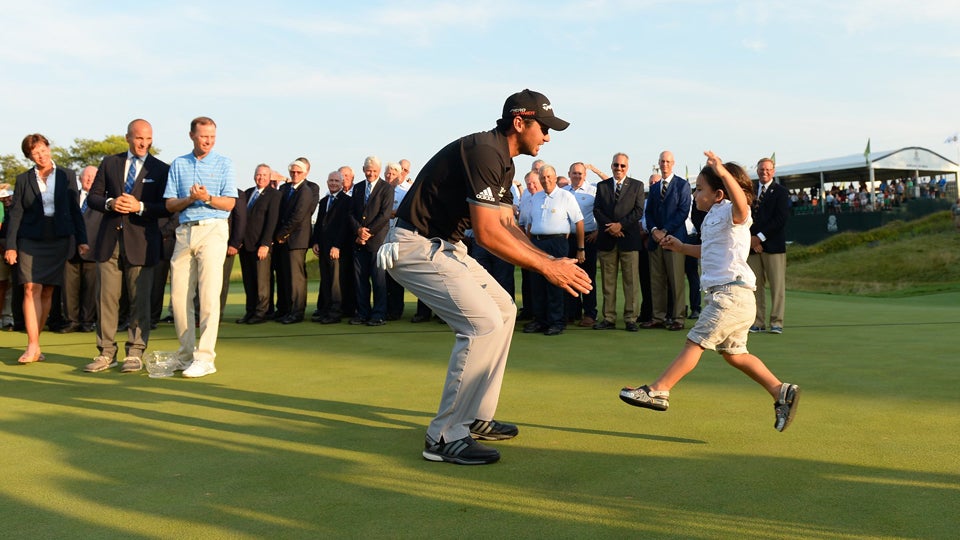 Dash Day jumps into the arms of his father, Jason Day, after Jason won the 2015 PGA Championship at Whistling Straits.
Robert Beck for SI

That’s what happened at Whistling Straits. Well, that and Dash Day.

The son of Jason and Ellie Day, 3-year-old Dash was a hit on TV and social media, and apparently on the radio as well.

He answered a few questions in adorable fashion following his dad’s first major victory on SiriusXM PGA Tour Radio, although he didn’t get too in-depth (he’s 3).

He gets it, though, answering one of the questions about his dad simply with, “He wins.”

You can listen below.