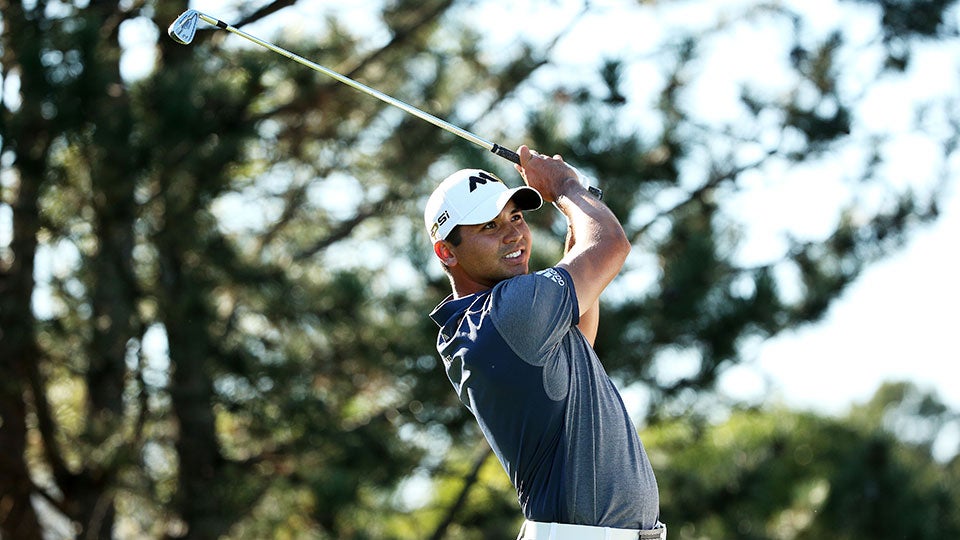 Jason Day of Australia plays his shot from the 15th tee during the Final Round of the BMW Championship at Conway Farms Golf Club on September 20, 2015 in Lake Forest, Illinois.
Getty Images

LAKE FOREST, Ill.—Meet your new No. 1 player in the world, Jason Day. The 27-year-old Australian had to endure the ceremony of Sunday’s final round at Conway Farms in the BMW Championship to make his runaway victory official, along with his ascent to No. 1. It had all the drama of a Russian election.

That is, none. Nobody got closer than four strokes.

Day brought a six-shot lead into the final round and threw caution into a lead-lined napkin that he carefully placed in his pocket. He parred the first seven holes, birdied a par 5, bogeyed the ninth, then piled up six straight pars. He had said he wasn’t going to go conservative when asked his game plan after the third round but the fear of losing a tournament that’s got your name already etched on the trophy is a powerful thing.

Day played it safe and he played it smart. There’s something inside-golfy about watching a guy navigate his way around that way, playing away from trouble and the threat of a big number, but for most viewers, it didn’t make for exciting spectating or great TV. Hey, every show can’t be “Rockford Files.”

Day played for the victory and he got it. It’s exactly the kind of thing Tiger Woods did at the zenith of his career in the early 2000s. He did what he had to do to rack up a W, as Tiger called it, and if that meant hitting irons off the tees on the back nine Sunday and making boring pars, that’s what he did.

“I felt a lot of pressure the last two days,” Day said. “Especially today, knowing I had a six-shot lead. Things could happen, I could shoot a couple over and all of a sudden, I’m not winning. Yesterday and today were the toughest rounds I’ve ever had to play.”

Fifteen pars later, Day finished at 22 under. It was an impressive score, although he was 18 under after the first 36 holes. He now stands atop the world of golf. Daniel Berger won the B Flight title, finishing six shots back. Scott Piercy placed third after holing a clutch birdie putt on the final green.

Is it irony or is it symbolism that the weekend Day cemented the status of the New Big Three – himself, Jordan Spieth and Rory McIlroy – by claiming the World No. 1 ranking as they had was also the weekend when Tiger announced that he’d had a second back surgery and will not play competitive golf again until sometime in the spring. 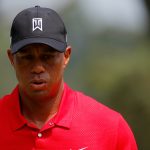 You may also like Tiger Woods Undergoes Another Back Surgery

Nobody in golf moves the needle like Tiger, except maybe Phil Mickelson. That’s what the golf experts have always said. It may be time to change that to the past tense. Nobody moved the needle like Tiger and Phil but if this surgery is the start of the curtain falling on Tiger’s days as a major contender and we’ve watched Phil’s fade continue this year, well, their replacements are already here.

That’s not to say we won’t miss Tiger and Phil. We will miss their exciting brands of golf. The game would love to have them hang on even longer but doesn’t need them anymore. The understudies have arrived.

Day’s run of play has been every bit as good as Tiger’s best golf when he won the Tiger Slam.

In fact, Day’s performance brings a new wrinkle to the Big Three discussion. The debate had been whether Spieth or McIlroy had a bigger future. Suddenly, Day looks to be their equal or maybe, just maybe, even better. Honestly, did anyone see that coming?

Day fired 61-63 at Conway Farms and basically won the BMW Championship with those opening rounds that tied the PGA Tour’s all-time scoring record. It was obvious at the PGA Championship at Whistling Straits, too, that Day drives it as long and as straight as McIlroy and he’s been scrambling and putting as well as Spieth. That’s a scary combination to consider.

The Player of the Year for 2015 is still going to be Spieth, no matter whether Day runs the table—well, tacks on the Tour Championship, too. “Majors trump anything,” said McIlroy, who has won four of them. “Jordan has had that locked up since the Open Championship.” Wins in the FedEx Cup are nice and mainly lucrative. They lead to great positioning for even more gigantic checks in golf’s greatest cash grab, the FedEx Cup finale at this week’s Tour Championship in Atlanta, but they don’t carry the weight of history that comes with major championships.

Day’s big summer begs a new question. Is Day actually the best of the Big Three? Right this minute, he’s got a strong case. From the British Open on, he has gone 101 under par. As Spieth told Day when they finished the second round, “Wow.”

McIlroy was a non-factor all summer after injuring his ankle. He looked strong early in the year, winning the Match Play Championship and the Wells Fargo. He hasn’t quite gotten his game in sync since he came back and it says a lot about him that he sorta-kinda contended at Conway Farms even though he battled his putter. Despite two birdie and an eagle on the final five holes, 70 was the best he could do Sunday. Spieth didn’t figure to be a FedEx factor, either. You chase golf’s Grand Slam as hard as he did, winning the first two and contending in the next two down to the 72nd hole, and a letdown is almost mandatory. The energy he spent in preparing and grinding and trying to win was enormous. Once the glamor of the Grand Slam faded, he had to be physically and mentally spent. Was he really supposed to get right back up on the horse and get fired up for, ahem, The Barclays?

Like McIlroy, Spieth also sorta-kind contended at Conway Farms despite not playing his best. “I didn’t really have my game this week,” he admitted, “maybe like a C game. To play the weekend even par was disappointing.”

Spieth did make a spectacular hole-in-one in the first round before Day’s stunning 61 overshadowed him but he didn’t get much done on the weekend. He finished 72-70 and tied for 13th.

The relevant point is this: Day’s best golf, which we’ve seen for a few months, may actually be better that McIlroy’s best or Spieth’s best. Debate this among yourselves but no matter who you favor, the 2016 golf season is going to be filled with buzz and anticipation because of the New Big Three.

Sunday at the BMW Championship wasn’t a thriller. The outcome was never in doubt and all of NBC’s histrionics about who was going to sneak into the 30-man field in Atlanta couldn’t make it compelling. The BMW was a bit of a snooze thanks to Day’s dominance.

Think about Amen Corner in April, though, and the possibility of Day, Spieth and McIlroy doing battle on the back nine. Once upon a time, golf and the Masters was graced with Jack, Arnie and Gary. Could we get that lucky again?

We’ve got just over six months to contemplate the bright promise of this future. If you can’t wait, you’re not alone.