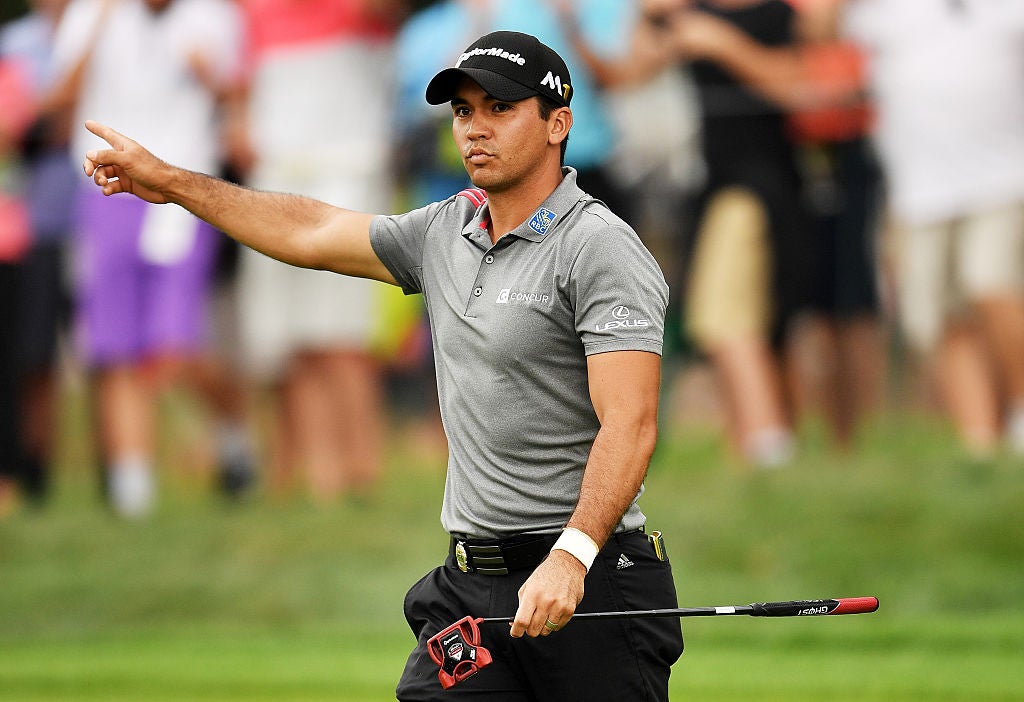 Jason Day poured in a 74-foot putt during the continuation of the weather delayed third round of the 2016 PGA Championship at Baltusrol Golf Club.
Getty Images // Stuart Franklin

Jason Day is doing it again.

One year after winning his first major at the 2015 PGA Championship, the 28-year-old Aussie is chasing his second as defending champ, and putting much like he did a year ago.

Day made an absolute bomb of a putt early Sunday morning on the 6th hole that helped him jump into a tie for first place with Jimmy Walker and Robert Streb.

Day was barely on the front part of the green, where he walloped his putt and it tracked all the way to the cup, 74 feet in total. That makes it one of the longest putts made on Tour all season. Check out the clip below.