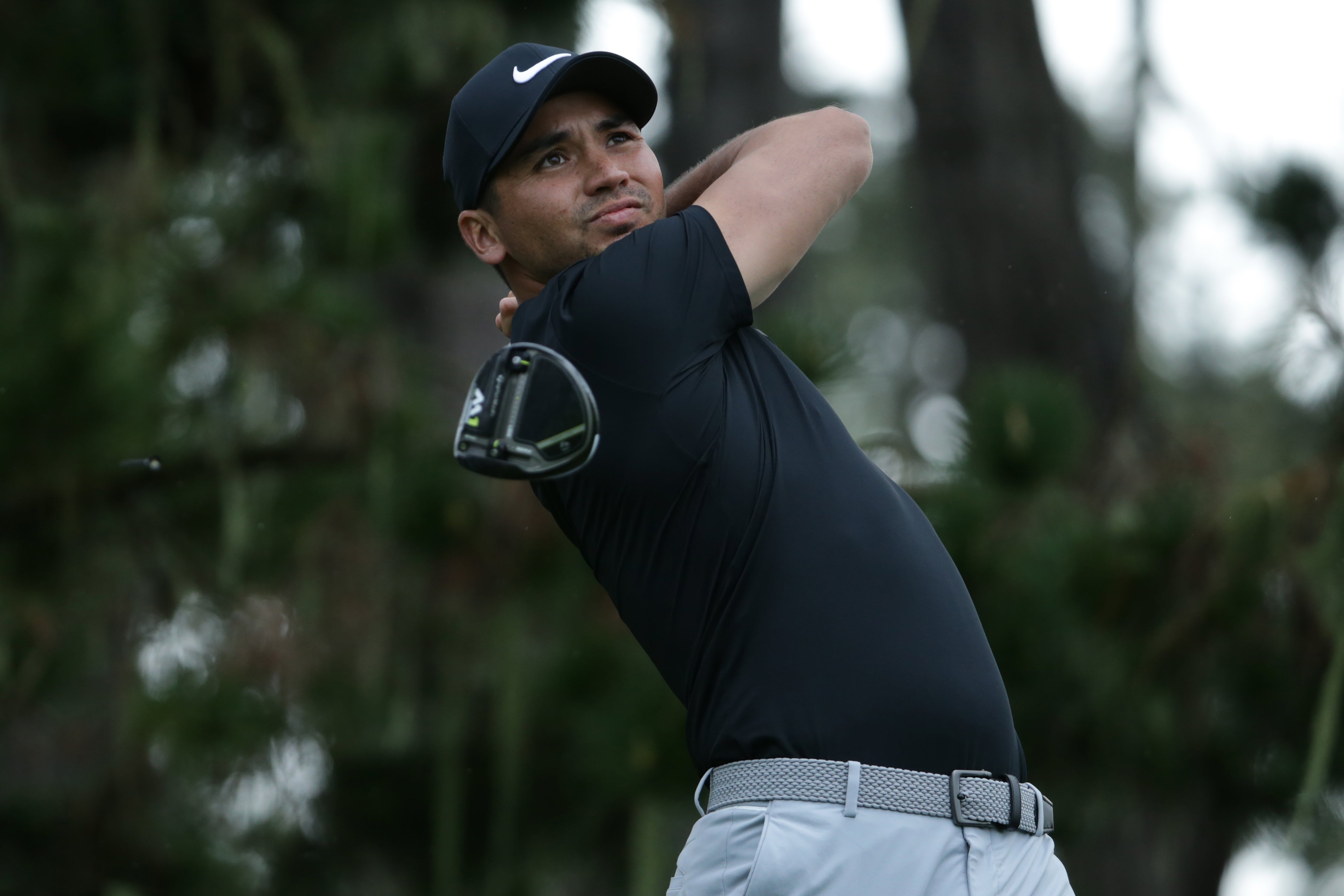 Thanks to a second round 64, Jason Day vaulted to the top of the leaderboard at the Pebble Beach Pro-Am.
Getty Images // Jeff Gross

PEBBLE BEACH, Calif. — Jason Day took one step back and two birdies forward to complete an 8-under 64 and join Jordan Spieth and Derek Fathauer as 36-hole leaders in the AT&T Pebble Beach Pro-Am.

The second round did not finish until Saturday morning because of rain on Thursday and fog on Friday. The Monterey Peninsula featured sunshine on Saturday for the first time all week, though it will be a race to get the tournament back on schedule.

Day was coming off four straight birdies at Spyglass Hill when play was stopped by dense fog. He returned Saturday morning and missed the green to the right on No. 13, chipped 4 feet by the hole and badly missed his par putt.

But the world’s No. 1 player bounced back with a wedge that stopped 2 feet from the hole for birdie on the par-5 14th, and a 30-foot birdie putt that slammed into the back of the cup on the par-3 15th. He finished with three pars, including a save on the 18th when he drove into the right trees, waited for the deer to scamper out of the fairway before hitting left of the green, and pitched to a foot.

Spieth shot a 65 at Spyglass Hill on Friday, finishing about five minutes before play was stopped by fog. This is the first time since the Masters last year that Spieth has had at least a share of the 36-hole lead. Spieth and Day were at 133.

Fathauer completed his 64 on Friday at Pebble Beach. He was at 134 and played Monterey Peninsula (par 71) on Saturday. Spieth and Day were at Pebble Beach, part of the celebrity rotation that features entertainers and athletes for the CBS Sports telecast.

They had a four-shot cushion on Patrick Reed, Pat Perez, two-time Pebble winner Brandt Snedeker and Rick Lamb. Of those four, Snedeker was the only one at Pebble Beach, where low scores are typical on sunny days with little wind.

Day faced no wind when he returned, only soggy conditions and the morning chill.

“It was hard to feel your hands,” he said.

The cut will be made after everyone has played all three courses.