Jack Nicklaus, Tiger Woods and What Makes a Golfer Great 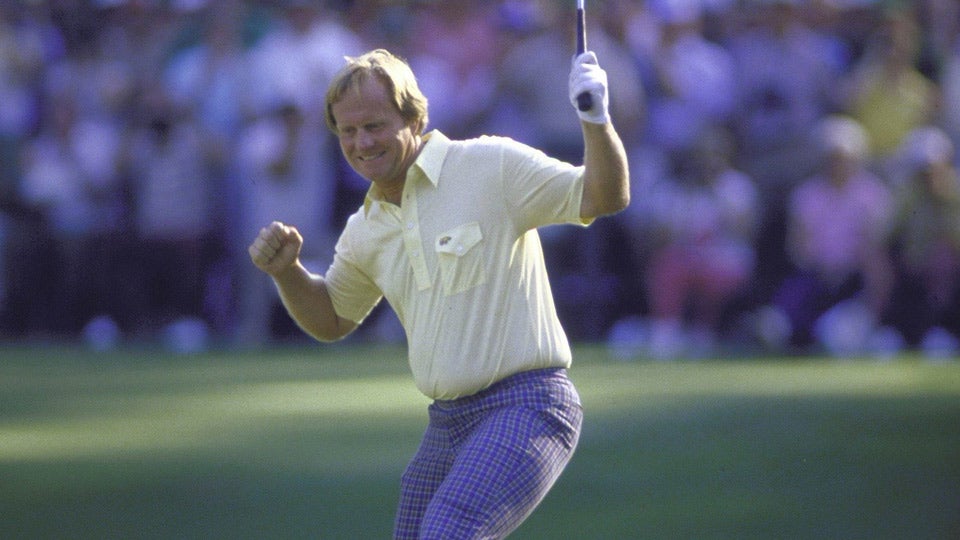 The last golfer to receive SI’s Sportsman of the Year was Tiger Woods in 2000, the year he won the U.S. Open at Pebble Beach by 15 and the British Open at the Old Course by eight, among a hundred other notable accomplishments. GOLF.com’s Josh Sens made an excellent case the other day for why Jordan Spieth should be named 2015 Sportsman of the Year. Would any of the other contenders — even American Pharoah — argue against Spieth as the pick? First, there’s everything he did on the course. (His four majors: win, win, shot out of a playoff, solo second.) And then there’s his buoyant attitude, generous spirit, various good works. A true sportsman.

It’s some fivesome, the golfers who have won Sportsman of the Year: Arnold Palmer in 1960, Ken Venturi in 1964, Lee Trevino in 1971, Jack Nicklaus in 1978 and Woods in 1996 and 2000. Tiger is the only person to have won the award twice. I wrote the story the second time. Woods gave me 40 minutes on the phone, and it was virtually unusable. He could not, or would not, offer any insights into his own historic play, beyond how surprised he was by the still conditions at the Old Course. Still, what he did on various courses that year will linger in our minds forever. Unless it doesn’t.

I followed the 1978 golf season, when I was a senior in high school, with great intensity. But without some YouTube help I could not tell you a single shot Nicklaus played, even from his win in the British Open. Jack’s impact on me and my golfing friends, in that year and in general, is another matter. A big part of that was how Nicklaus got filtered down to us, through newspaper write-ups and magazine stories and on TV.

On Dec. 15, in New York City, SI will host a sparkly event to honor its Sportsman of the Year. On that same night, the magazine will award its inaugural Sports Illustrated Muhammad Ali Legacy Award. It’s a lifetime achievement award that has been given previously to Eunice Shriver (the founder of Special Olympics) and Magic Johnson and will now be given annually with Ali’s magical name etched on it. From an SI announcement announcing the award: “The honor will celebrate individuals whose dedication to the ideals of sportsmanship has spanned decades and whose career in athletics has directly or indirectly impacted the world.” Nicklaus, now 75, is this year’s recipient. The editors could not have made a better choice.

For a story, I saw Nicklaus in South Florida a couple weeks ago. We had lunch on a second-floor porch at the Bear’s Club in Jupiter. His wife, Barbara, was in an adjoining room, and Ernie Els was in another. Pete Bevacqua, the CEO of the PGA of America, was on the course. The interview lasted 31⁄2 hours, but we never discussed a single shot from Nicklaus’s 40-year career. We did talk at length about his third career — designing courses was his second — as a fundraiser for the Nicklaus Children’s Health Care Foundation, which has been a chief interest of his wife’s for decades. “I’m having a blast, helping Barbara and not being the primary focus,” Jack said. “For years, Barbara made so many sacrifices so I could focus on golf. It feels great, doing something for others. It’s kept me young.”

We of course talked about Woods and Spieth, about Arnold Palmer and Gary Player, about Lee Trevino and Tom Watson, about Augusta National and Muirfield Village. But Nicklaus has always been very focused on the present, and his present is his children, his grandchildren and the foundation that carries not just his name but his family’s.

Last week, TIME.com published a long interview with Woods. It has received a lot of attention for its candor, but that’s only because Woods has so lowered expectations in that regard. Still, it was good to hear him talk about his career and his joys and frustrations. For years, he made the shield too much of his persona. Maybe it was part of his greatness.

But his unwillingness to share anything meaningful or personal made him seem like a boring automaton who took for granted the ordinary sports fan, even as we financed his luxurious life and showered him with adulation. He didn’t care about us. All he wanted were those W’s. Now the wins are becoming a distant memory and Woods is seeing the world in a different light.

You can make the case, easily, that Tiger Woods is the most accomplished golfer of all time. I would most certainly argue that Woods was the most dominating golfer ever, and that, as an achievement, his 14 professional majors is every bit as impressive as Nicklaus’s 18, because in Woods’s era the four majors brought together the entire golfing world. Woods never had to face a Palmer or a Trevino or a Watson, as Nicklaus did. But the fields were far, far deeper. For the same reason, Woods’s 79 PGA Tour wins is an even more staggering achievement than Sam Snead’s 82 victories.

Still, there is not a doubt in my mind that Nicklaus is the greatest golfer ever. Because greatness in golf is more than the titles won. It is grace in losing, profound respect for the game’s rules and traditions, an appreciative relationship with the fans and chroniclers, and carrying yourself with one message above all: I’ll never be able to give the game as much as it has given me. Arnold Palmer was the first person to explain to me that that was the entirely of his M.O. Nicklaus has shown the same. That’s one of the reasons he’s getting the Ali award. Thirty-five years from now, when Woods is on the edge of 75, I hope he gets it, too. It means he will have made up, and made up well, for a lot of lost time. 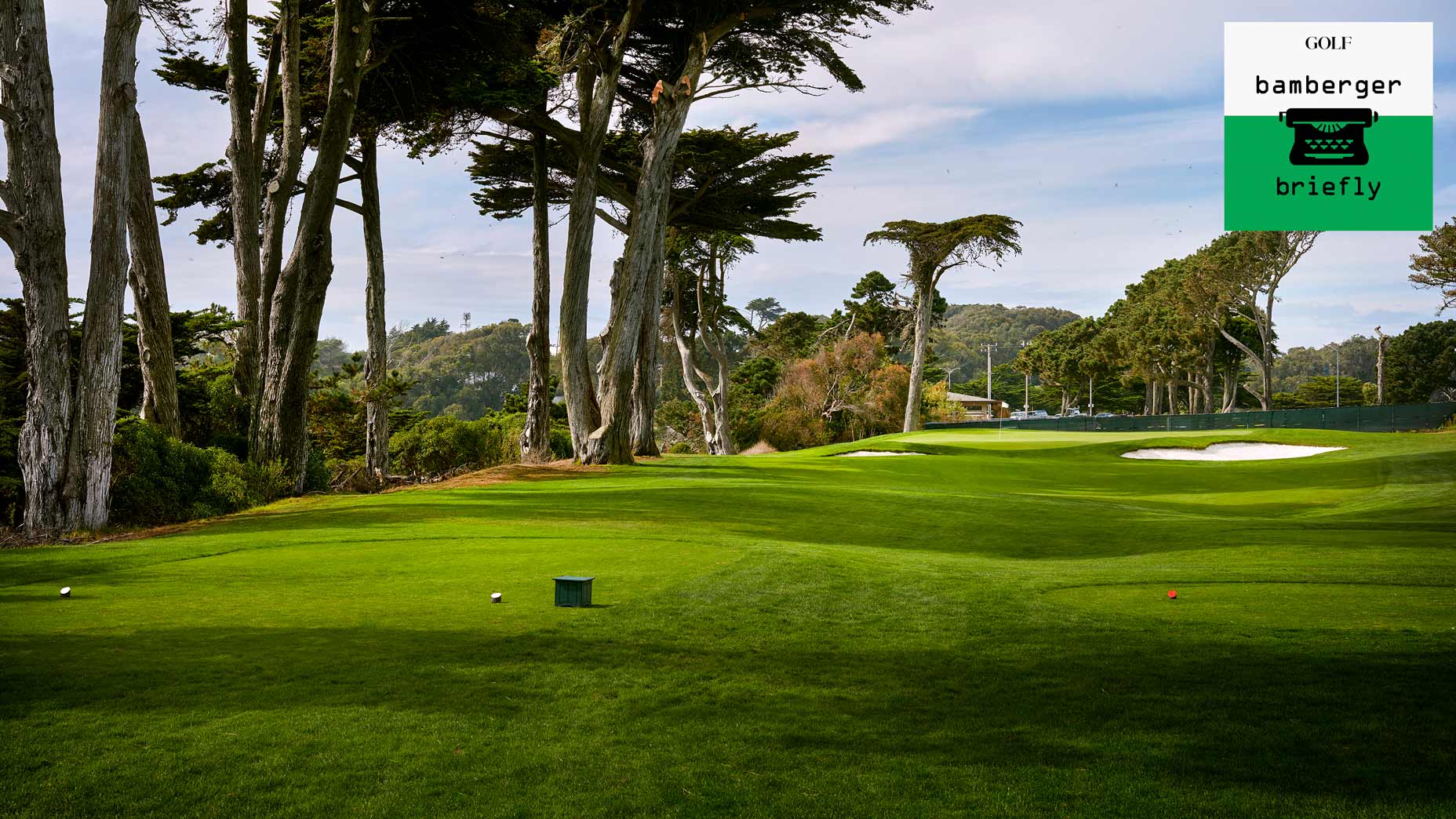