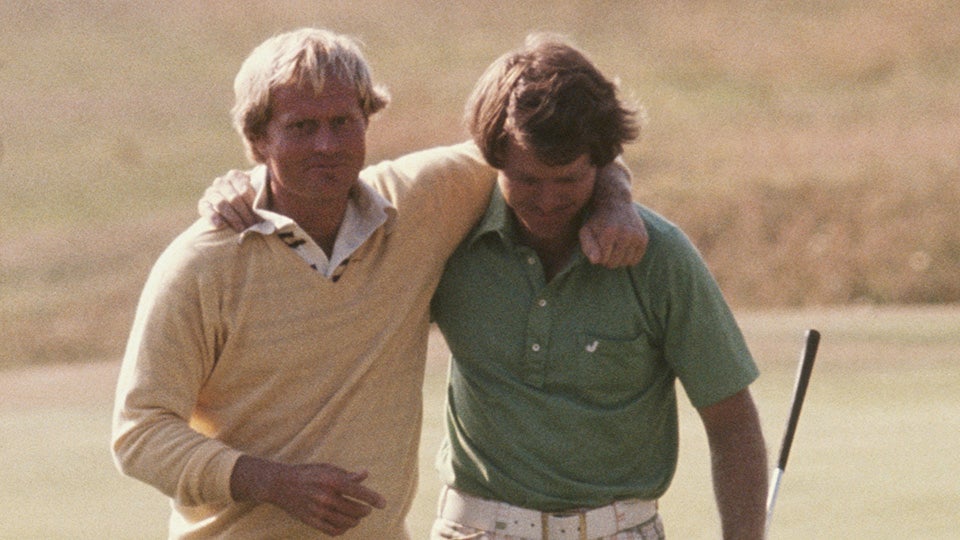 Jack Nicklaus and Tom Watson walk together at the 1977 British Open at the Turnberry Ailsa course in Turnberry, Ayrshire, Scotland.
Brian Morgan

Henrik Stenson’s epic Sunday showdown with Phil Mickelson at the 2016 Open Championship at Royal Troon is gaining the highest praise from Jack Nicklaus.

The Golden Bear took to Twitter after the Stenson’s three-shot victory over Mickelson, declaring the final round “even better” than his and Tom Watson’s famed ‘Duel in the Sun’ at Turnberry in 1977.

“Some in the media have already tried to compare today’s final round to 1977 at Turnberry, with Tom Watson and me in what they called the ‘duel in the sun,'” Nicklaus tweeted. “I thought we played great and had a wonderful match. On that day, Tom got me, 65-66. Our final round was really good, but theirs was even better. What a great match today.” Nicklaus, who said he watched every second of the final round, went on to congratulate both players for two of the best rounds he’s ever seen.

“Phil certainly has nothing to be ashamed of because he played wonderfully,” he said. “Henrik played well from beginning to end. He drove the ball well; his iron game was great; his short game was wonderful; and his putting was great. Henrik was simply terrific. To win your first major championship is something special in and of itself, but to do it in the fashion Henrik did it in, makes for something very special and incredibly memorable.”

Stenson led Mickelson by one shot through 14 holes on Sunday, but Stenson’s 51-foot birdie putt on the 15th opened up the lead for the Swede, leaving Mickelson in the dust down the stretch.

Stenson walked away from Troon with his first major title, a boatload of records, and now, the utmost admiration from one of the greatest in the game. Not bad.

I was fortunate to watch every second of today’s final round of the Open Championship, and I thought it was… https://t.co/LKPVADKaXH