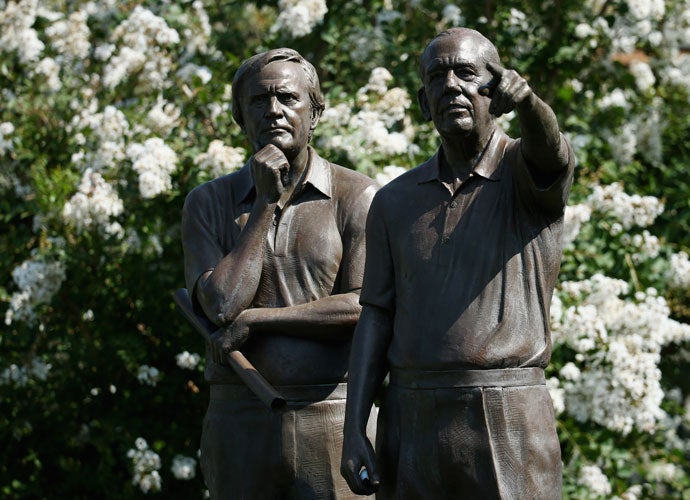 The statue that honors Jack Nicklaus and Valhalla founder Dwight Gahm sits near the clubhouse at Valhalla Golf Club. Gahm died at 96 on Monday.
Getty Images

The golf world lost a significant member in Dwight Gahm, the founder of Valhalla Golf Club.

The 96-year-old Gahm, who worked with Jack Nicklaus to create the major-worthy course that opened in 1986, died on Monday. In Gahm’s final 30 years, the course hosted some of the most memorable American tournaments, including Tiger Woods topping Bob May, the United States 2008 Ryder Cup victory and Rory McIlroy’s recent PGA Championship win in 2014.

The 18th hole at the course was named in his honor, “Gahm On,” pronounced similarly to “game.” Nicklaus took to Twitter to mark Gahm’s passing with a sincere note.

“The game of golf and the tight-knit community of Louisville lost a great friend with the passing of my long-time… https://t.co/Nk2ynxnOG1