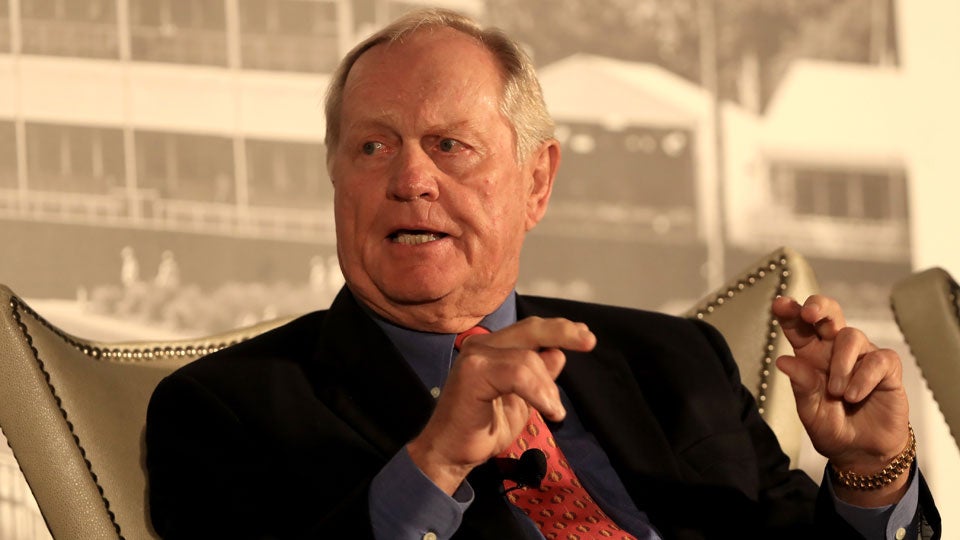 Jack Nicklaus speaks to the Montreal Canadiens before their game on Tuesday.
NHL.com screenshot

Who better to give pep talks than 18-time major winners — even if it is in an unfamiliar sport.

Jack Nicklaus visited the locker room of the first-place Montreal Canadiens on Tuesday night and was asked to address the team before its game against the Boston Bruins. Admittedly, he doesn’t know a ton about hockey — “It’s a game we don’t play a lot of in South Florida,” he said — but he still said a few words of wisdom, about being properly prepared and not trying to do too much.

Nicklaus also made a joke about his Columbus Blue Jackets (5-3-2, 13th in the conference), saying, “I’m from Columbus, incidentally, that’s a bad deal now, isn’t it?” He then read off the starting lineup and asked if he messed up any names.

“That was cool,” Canadiens forward Max Pacioretty told NHL.com. “That was really, really unexpected. I was looking down tying my skates and then I saw Jack Nicklaus. You could have given me a million guesses as to who was going to be here he wouldn’t even pop up. That was really cool, I’m a really big fan.”

You can watch the entire clip here. And if you are wondering, Montreal is 1-0 all-time when Nicklaus gives pre-game pep talks. The Canadiens beat the Bruins 3-2.