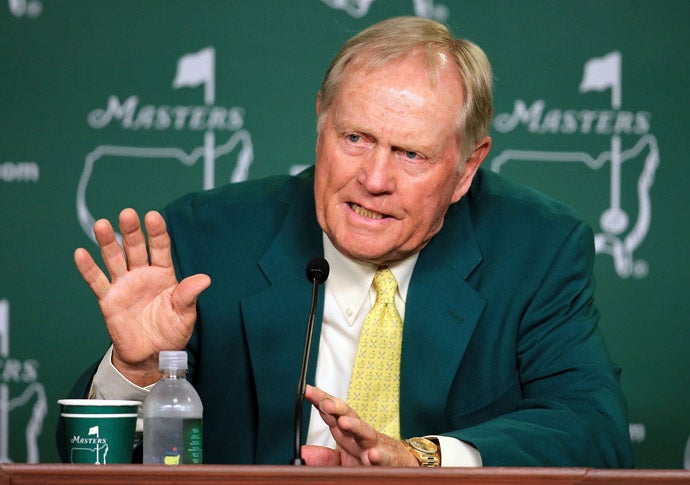 The Golden Bear sheds a tear for Adam Scott.

Eighteen-time major winner Jack Nicklaus told Golf Digest on Wednesday that Scott’s decision not to represent Australia when golf returns to the Olympics at the Rio Games in August disappointed him.

“I think that’s sad. I think it’s sad for the Olympics and for the game of golf,” Nicklaus said. “I don’t know Adam’s circumstances, so I couldn’t comment on what he’s dealing with. Obviously, he felt like he couldn’t play, and if he felt that way, I understand. But it’s unfortunate.”

“My decision has been taken as a result of an extremely busy playing schedule around the time of the Olympics and other commitments, both personal and professional,” Scott said.

Scott has already faced some backlash from former Olympians in his native Australia, but Nicklaus said his decision could have more far-reaching consequences.

“If the guys don’t want to participate, then we might not be in the Olympics after this,” Nicklaus said “They vote next year. And if they vote to keep golf in, then that’s great, but if not then we lose that momentum with growing the game.”

The International Golf Federation (IGF), the organization recognized by the International Olympic Committee as the world governing body for golf, issued a statement following Scott’s announcement.

“The IGF is disappointed with Adam Scott’s decision to make himself un-available [sic] to play in the 2016 Olympic Games in Rio but respect his professional and personal reasons for deciding not to compete in Rio and look forward to successful return of golf to the Olympic Games.”