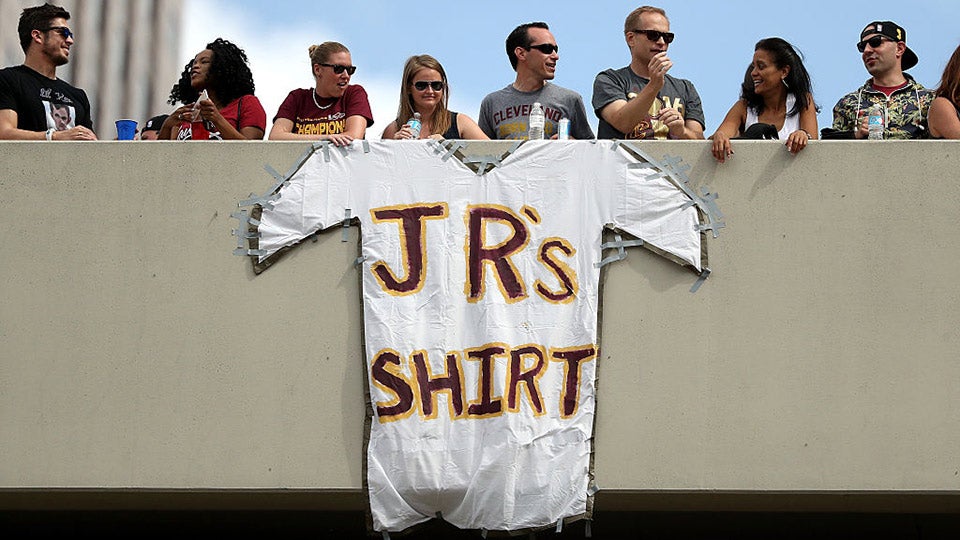 Perhaps the most enduring image of the Cleveland Cavaliers’ ongoing victory lap is of J.R. Smith without his shirt on.

Smith has been photographed shirtless nearly every day since the Cavaliers finally ended their city’s trophy drought and brought home an NBA championship. On Tuesday he was spotted at Lakewood CC, in Ohio — obviously, sans-shirt. Who knows when Smith might rediscover the wonders of full-body clothing? Until then he’ll continue his triumphant shirtless tour.

Today he was shirtless on a golf course pic.twitter.com/tM0vChGgXD

(CORRECTION: An earlier version of this post misidentified the setting of this photo as Thursday at a New Jersey golf course.)