J.J. Spaun, PGA Tour rookie ‘inspired’ by Tiger, gets off to hot start 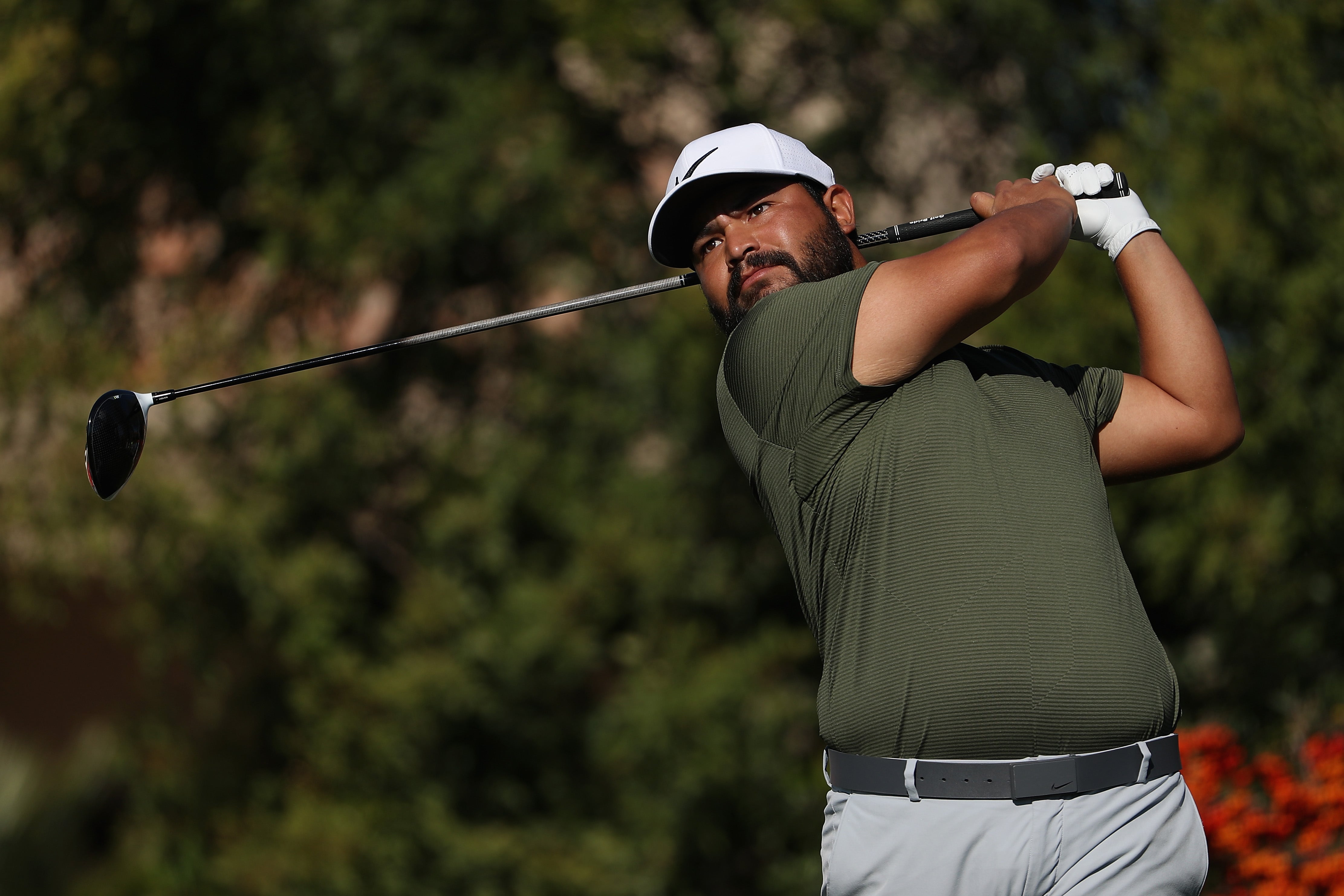 J.J. Spaun notched a pair of top-10 finishes in his first four starts in 2017.
Getty Images

PEBBLE BEACH, Calif. (AP) — J.J. Spaun remembers the red sweater, the 4-foot putt and the uppercut from Tiger Woods when he won the 1997 Masters.

“He inspired me,” Spaun said. “He inspired all of us from my generation to compete and be the best.”

That explains why Spaun was nervous two weeks ago at Torrey Pines. The PGA Tour rookie who grew up in the Los Angeles area was sick when he arrived at the Farmers Insurance Open and had to rest on Monday. He played the South Course on Tuesday and because he wasn’t in the pro-am, he walked the North Course with his caddie.

When they got to the 14th hole, they noticed a huge crowd.

That would have worked except that he ran into Amy Bartlett, who works at Nike and told him to stick around so he could meet Woods.

“I said,’ No, no, no, no. I’m not meeting him.’ I was too scared. And I didn’t want to bug him,” Spaun said. “We were on 15 and he hits his tee ball. Amy gets his attention and says ‘I want you to meet a fellow Nike guy who grew up in LA.’ It was cool. We talked about the Rams, sports, where I went to school. He was really open, easy to get along with. It was totally not what I expected. I didn’t think he would be that welcoming to a rookie.

“He made me feel like I belonged out there,” he said. “It inspired me to play well. I wanted to play good to have a chance to play with him on the weekend.”

Spaun did his part.

He played so well that he was one shot behind Jon Rahm going into the final hole on Sunday when he made a careless mistake, hit the high side of the green and saw his ball spin back into the water, leading to a double bogey.

The difference between a birdie and a double bogey turned out to be $556,100. It was Spaun’s best finish on tour, yet he walked away frustrated until his coach and manager reminded him that a top 10 finish (he tied for ninth) at least got him into the Phoenix Open.

Spaun was right back to work, closing with a 67 to tie for fourth. He finished two shots out of the playoff won by Hideki Matsuyama.

The rookie from San Diego State who spent five years working his way to the big leagues is on a roll going into Pebble Beach, coming off back-to-back top 10s. He needs one more to assure a spot at Riviera next week, his hometown tournament. He played it last year on the Charlie Sifford exemption.

And he can only hope Woods will be there in a playing capacity. Woods’ foundation now runs the Genesis Open. Woods, who missed the cut at Torrey Pines, withdrew after one round in Dubai with back spasms.