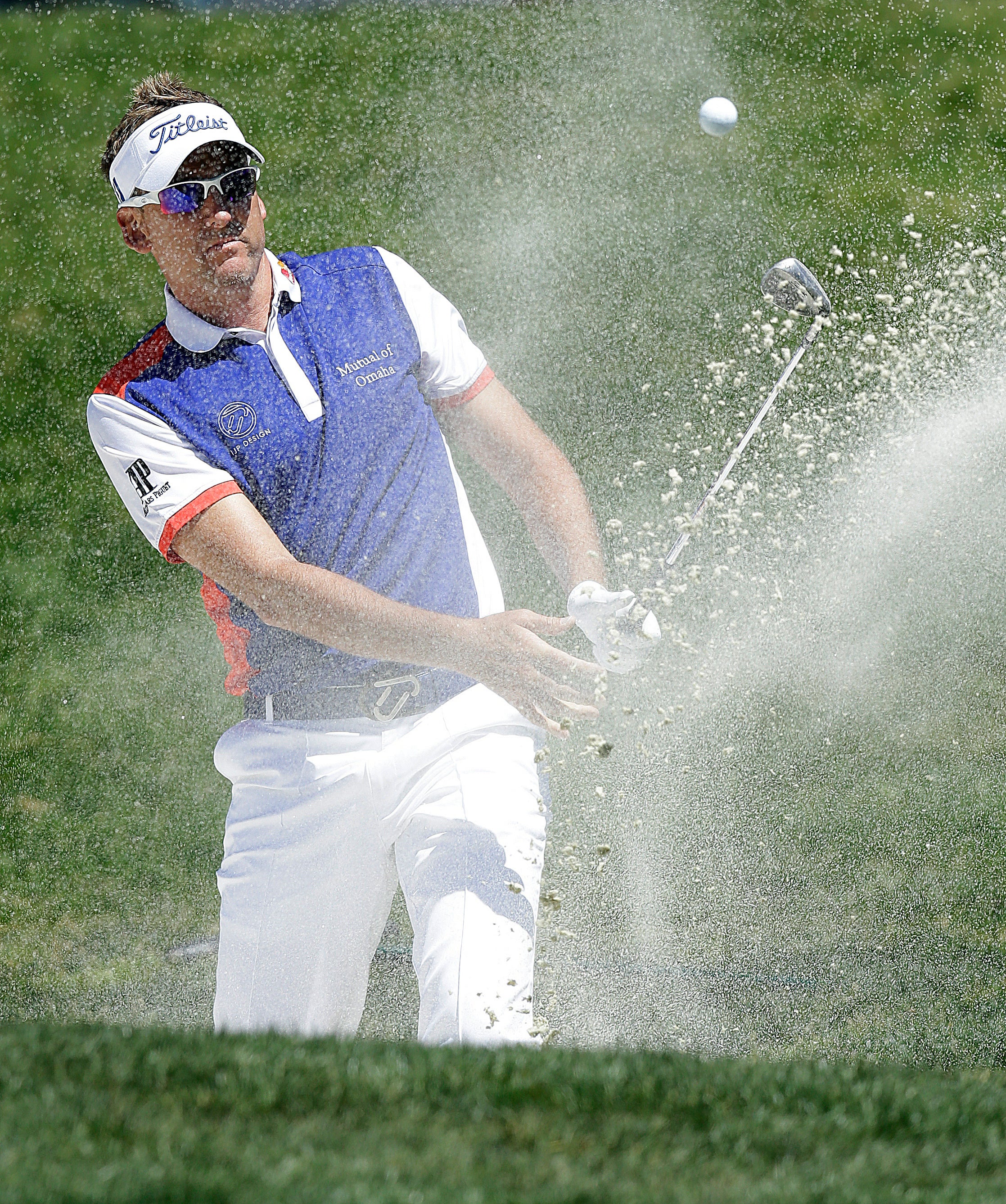 Ian Poulter of England hits out of a bunker on the third hole of TPC Harding Park during round-robin play against Henrik Stenson, of Sweden, at the Match Play Championship golf tournament Thursday, April 30, 2015, in San Francisco. (AP Photo/Ben
AP Photo/Ben Margot

Much has been said about the new tournament format at this week’s WGC Match Play Championship, much of which has come from golf’s most infamous Twitter user, Ian Poulter.

Poulter, who fell to Gary Woodland 3 and 2 Thursday and went (0-2) through the first two days of the tournament, is going home at the end of the day regardless of what happens during his match against Jimmy Walker starting at 1:10 p.m. ET Friday. That goes for Walker as well, who is also (0-2).

Poulter took to Twitter to express his frustration in a series of jokes about his upcoming match.

Well I’m about to play the most pointless round of golf of my life today. Could be a thriller Hahahaha

And mine is “Go Home or Go Home” Hahahaha @PGATOUR https://t.co/yuOKvdQRvh

The practice warm up tune for this morning. The Pointer Sisters – I’m So Excited – YouTube https://t.co/bYMkjkSJBd

Hahahaha yeh but you don’t have to pretend to be happy. https://t.co/Vhgvlsub4V

The tweets were met with varying criticism, from suggestions to work on his stroke to playing anyways and donating what he earns to charity.

Lowry did the opposite in fact, having lost to Rickie Fowler in spectacular fashion, all square in the match until the 18th.

Well all I can say about that is… Wow!!! Fair play to @RickieFowlerPGA. Really enjoyed the battle out there today. #lovematchplay

Different strokes for different folks – it would appear Poulter could have used a few less this week.