“I felt a duty to share my story”: Brittany Horschel discusses her battle with alcoholism 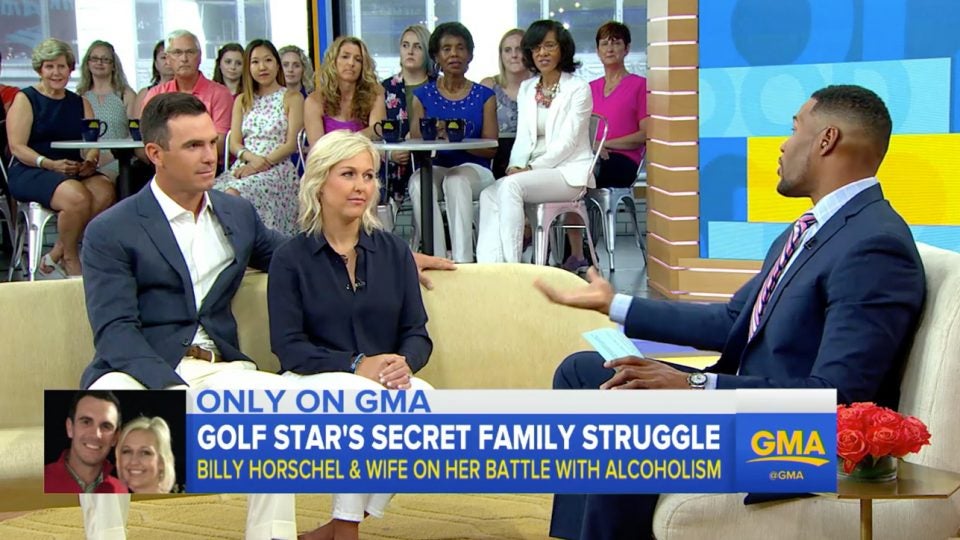 Billy Horschel and his wife Brittany made an appearance on Good Morning America Wednesday to share details about Brittany’s battle with alcoholism over the past few years.

Last month Horschel won the Byron Nelson Classic. After his post-victory press conference, his wife revealed that she had been sober for a year after previously struggling with alcoholism. Her story included alarming details, such as filling up water bottles with vodka and hiding them around their house or hotel rooms.

“With him winning at my one-year mark, it was the perfect time for me to tell everybody that I’m an alcoholic and I’m proud of being an alcoholic and how far I’ve come,” Brittany Horschel said live on “GMA.” “Not everybody’s comfortable with [going] public and I am, so I feel like I have almost a sense of duty to share my story to help others.”

In the process, Brittany realized that their daughter, Skyler, was suffering as a byproduct.

Brittany said that Billy was a source of stability for the family as she entered rehab. See their interview with Michael Strahan here: