How Rory McIlroy, Jordan Spieth and Jason Day Measure Up 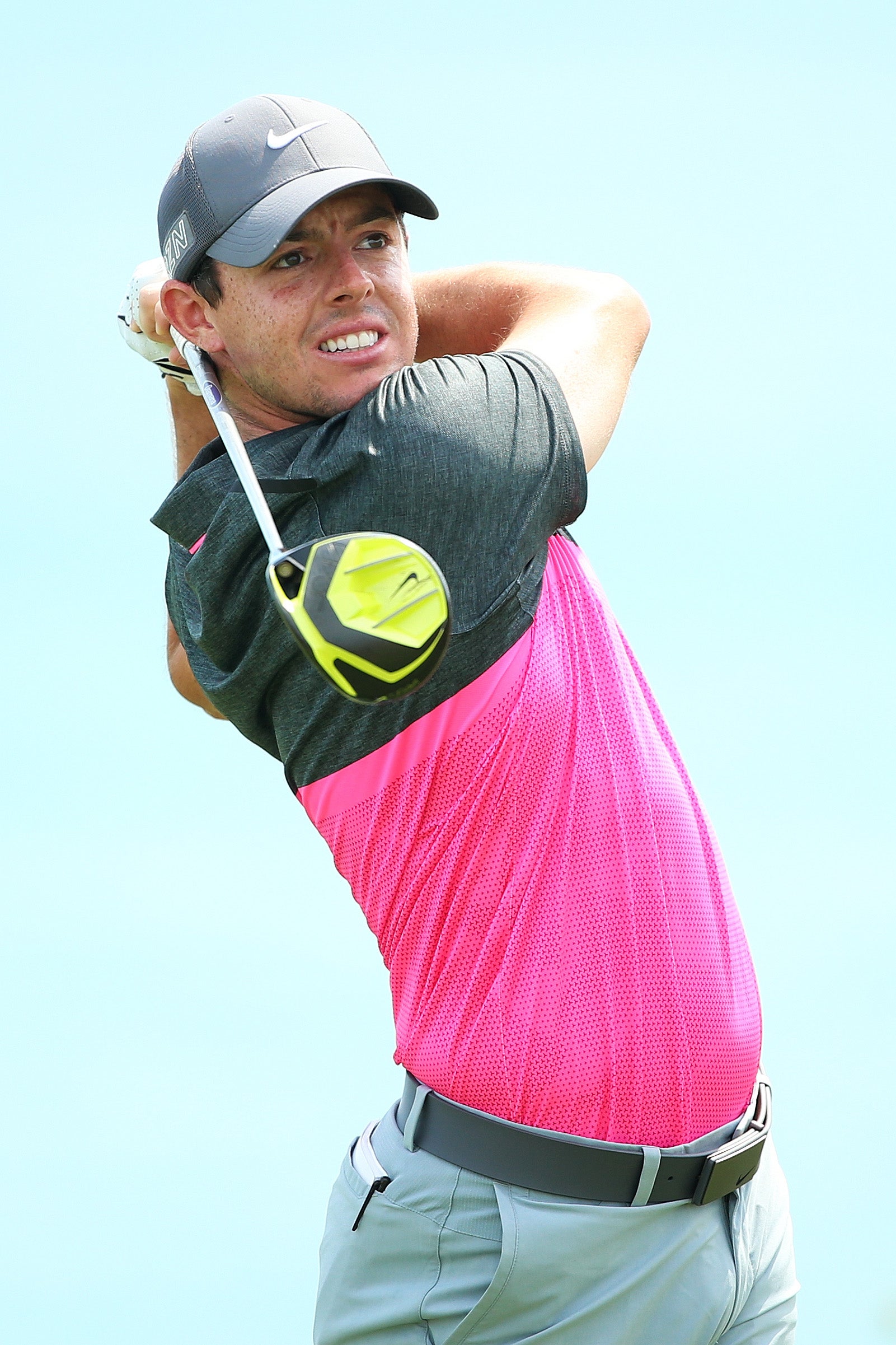 Jason Day grabbed his third victory in four starts with a runaway win at the Barclays, confirming his place alongside Rory McIlroy and Jordan Spieth as one of golf’s brightest young superstars. The trio has won five of the last six major championships, and boasts 10 PGA Tour victories in 2015 alone.

Beyond their early-career success, each player distinguishes himself in his own way. McIlroy launches his drives longer and straighter than anyone on the planet; Spieth’s all-around precise play limits his mistakes; Day’s rare combination of power and finesse gives him a number of scoring weapons. This week they’ll face off at the Deutsche Bank Championship—with the World No. 1 Ranking on the line.

McIlroy’s sheer power off the tee has always impressed, but the control he’s developed has made him the best pure driver of the ball since Tiger Woods. Over the past two seasons, McIlroy has outscored the field by just over 2.5 strokes per round, with half of those strokes coming on his drives, where only Bubba Watson can challenge his dominance. The stats say that McIlroy also derives the largest benefit of any golfer on Tour from hitting driver rather than laying-up with a shorter club. This means he’s best on courses where he can hit driver on nearly every hole. In his win at last year’s WGC-Bridgestone Invitational, for example, he hit driver on all 56 par 4s and 5s.

While neither Spieth nor Day can challenge McIlroy’s dominance with the driver, they’re not too shabby off the tee either. Day can bomb his drives like Rory and Bubba but has struggled to keep them in play. His record-setting PGA Championship win was his most accurate driving performance of the past two years. Spieth is not nearly as long, but he does combine above-average distance with great accuracy. He did that well as a rookie in 2013, but struggled to keep his drives in the fairway last season. This year, he’s added a few yards while emerging as one of the more accurate drivers on Tour.

Where McIlroy and Day really separate themselves from Spieth is on the par 5s. They rank No. 2 and No. 6 on Tour over the last two seasons in going-for-the-green percentage—a measure of how often a golfer tries to get home in two shots on a par 5. While Spieth lays-up on pace with the Tour average, McIlroy and Day are consistently able to take advantage of their distance off the tee with aggressive par-5 play.

McIlroy’s long game is clearly superior to both Spieth and Day’s, but when it comes to the short game and putting, he lags behind in both categories. Though he doesn’t quite deserve his oft-cited accolade as the best putter in the game, Spieth is still fantastic on the greens—especially on putts from 15 to 25 feet. The 22-year old has ranked 4th, 13th, and 1st in putting from that distance in his first three seasons on Tour. His ability to steal strokes from this range—turning average approach shots into birdies—allows him to score well when the rest of his game isn’t clicking.

Day’s performance with the putter has been consistently strong throughout his career, but he’s taken it to another level this season. He ranks second on Tour in strokes gained putting—a measure of putting performance relative to the field, adjusted for the difficulty of each putt. The best putters on Tour normally gain about three strokes per tournament on the field, but Day has been red hot recently, picking up more than six strokes per tournament in his last four events.

While Day is one of the game’s best bunker players, Spieth is good across the board: from the short grass, rough and sand. This short game strength allows Spieth and Day to excel at a wider range of courses than McIlroy. McIlroy has always played his best on par 72 tracks— especially if he can use driver on most holes. Par 72s allow him to play aggressively on the four par 5s, and many of his wins have come on courses that also have drivable par 4s. Twelve of his 18 professional wins have come on par 72 courses.

Spieth and Day, on the other hand, have won on a variety of different types of courses. Spieth won both his major championships at bomber venues: his win at the Masters broke a six-year string of green jacket-wearing long hitters while the other players near the top of the leaderboard at Chambers Bay were almost exclusively long off the tee. Spieth also won the Valspar Championship on a narrow, tree-lined course that requires precise iron play. Day just tore up the Barclays’ short par-70 course and also won in February at Torrey Pines—one of the longest courses on Tour.

Looking ahead to this weekend at the Deutsche Bank Championship, all three golfers have had significant success at TPC Boston. McIlroy won here in 2012, Spieth has a top-5 finish in his two events, and Day has three top-10s, including a runner-up. Watching this new Big Three compete against each other is sure to be a thrill. They’re just getting started.

Jake Nichols is the editor of Golf Analytics, a blog that uses stats-based models to predict golfers’ future performances.