How Fox Sports Could Change Golf Coverage at the U.S. Open 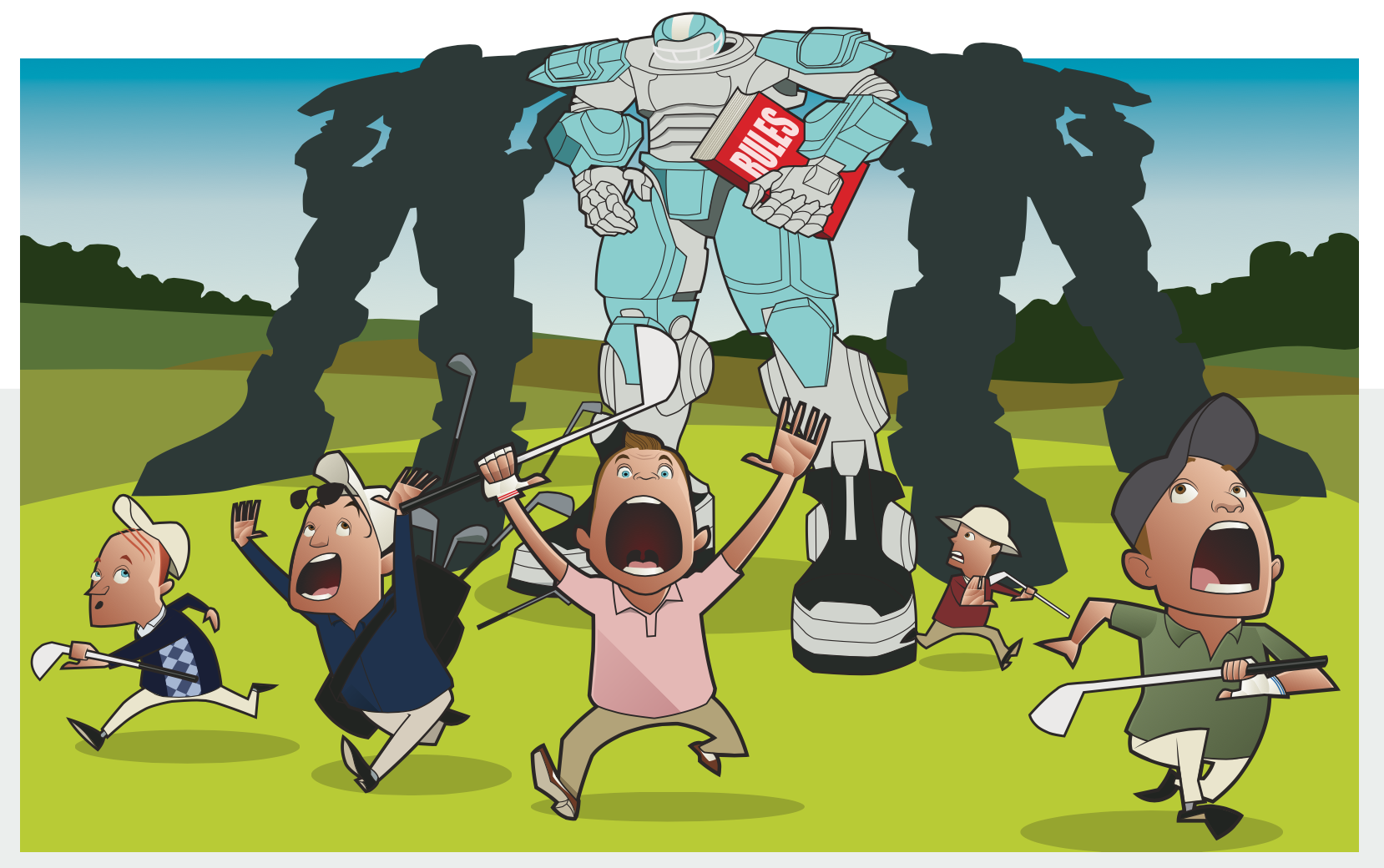 Known for edgy, high-tech innovations, Fox Sports didn’t disappoint last year at Chambers Bay. But buzzing drones and microphones in cups is so 2015. As Extra Spin has uncovered, the network is planning bigger and better bells and whistles for the U.S. Open at Oakmont.

The USGA’s walking rules officials are sent packing, replaced by Fox’s creepy, futuristic, Terminatoresque NFL robots, which have been preprogrammed with the Rules of Golf.

On-screen graphics trace pros’ eye movements on the fairway, the putting green, and during post-round interviews with Holly Sonders.

The “Who Knows?” Graphic

The popular emoticon will be on standby in case the network’s regular graphics quit (again) mid-telecast.

An outspoken newsmaker last year, Billy “I lost a little respect for the USGA this week” Horschel wears a GoPro and a wire so viewers can hear his course-setup thoughts 24/7.

Blanket coverage of Dustin Johnson in anticipation of his next historic, tournament-deciding gaffe.

Using technology borrowed from the national debt clock, this fast-changing graphic monitors news and social media to tabulate how many times an off-duty Miller mentions his 63 at the 1973 Open at Oakmont.

Infrared goggles will show a pulsating black cloud around Ernie Els’s head anytime he comes down with the heebie-jeebies on Oakmont’s treacherous greens.

Though dismissed as color analyst, the Shark is back—as a hologram! He will “appear” in the booth with Joe Buck and Azinger. The audio has its limits—the image can only repeat “I’m speechless” over and over and over…