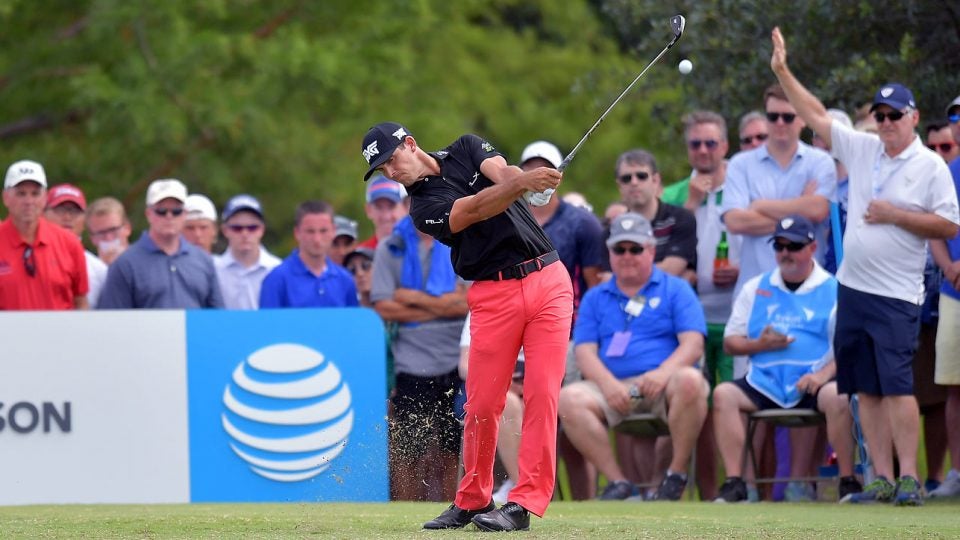 IRVING, Texas (AP) — Billy Horschel won the AT&T Byron Nelson with a par on the first playoff hole Sunday after Jason Day pulled his 4-foot par putt left and past the hole.

That miss by Day almost wasn’t even needed for Horschel, whose 36-foot birdie chance was rolling straight toward the center of the cup before stopping just short. He won for the fourth time on the PGA Tour and for the first time since taking the 2014 Tour Championship for the FedEx Cup title.

Third-round leader James Hahn was a stroke back. He just missed a miraculous eagle at the 18th hole that would have gotten him in the playoff with his playing partners.

Because of early morning rain that delayed the start Sunday, threesomes were used instead of the usual weekend twosomes. No one outside of that final group made a real charge to contend with the final trio.

The playoff wrapped up the Nelson’s 35th and final tournament in Irving. The event will shift next year to the new links-style Trinity Forest Golf Club south of downtown Dallas.

Here’s a look at Day’s putt, which would have extended the playoff: