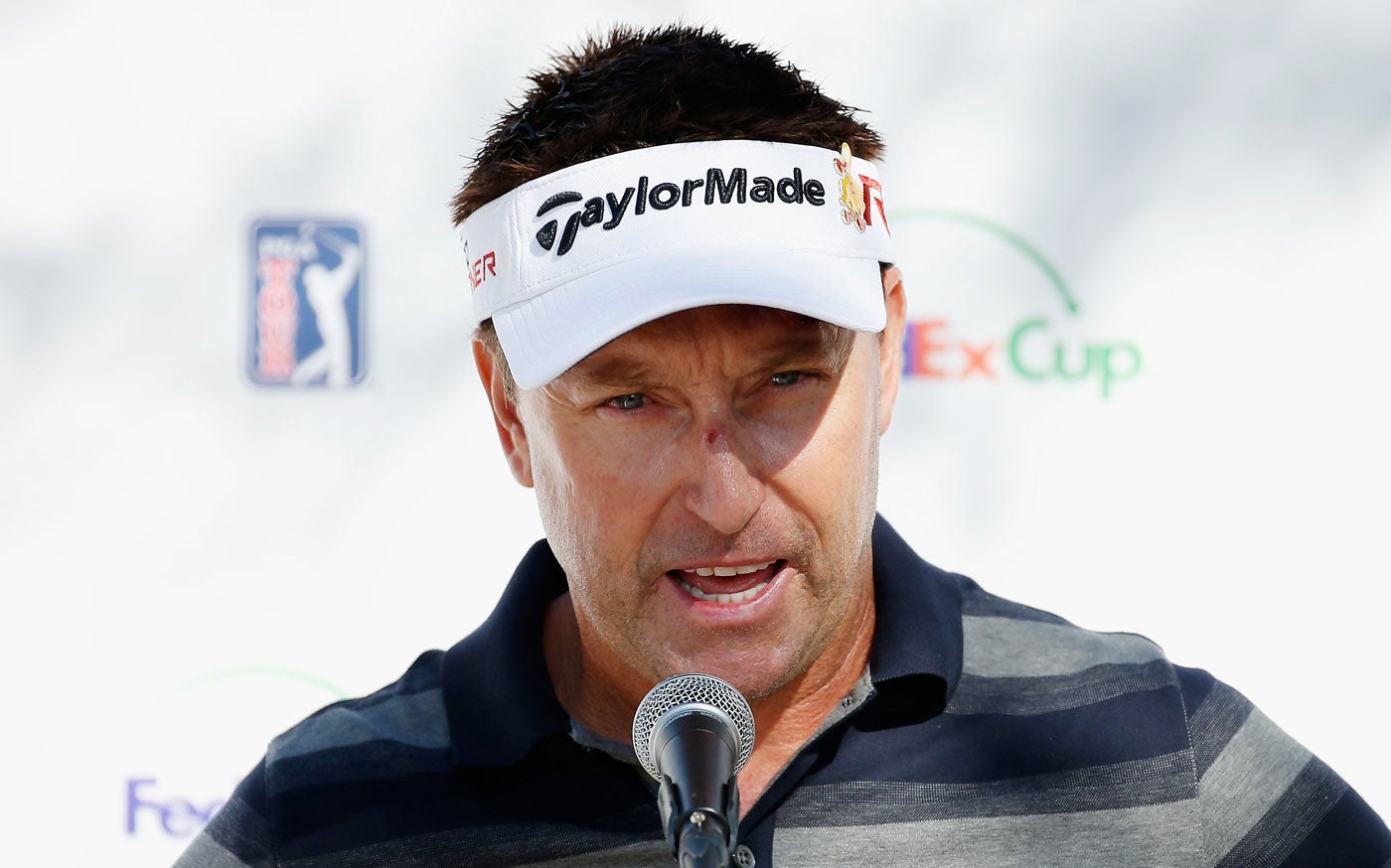 Police said Wednesday that a 32-year-old man has been arrested in connection with the Robert Allenby case.
Getty Images

Allenby was in Honolulu for the Sony Open when he said was beaten and robbed during a night out on Jan. 16.

The Honolulu Star-Advertiser reported that local police said Wednesday that a 32-year-old man already in custody at Oahu Community Correctional Facility was arrested.

Allenby posted photos of a bloodied forehead and swollen eye to his Facebook account. He says he has no recollection of anything from about 11 p.m. to 1:30 a.m. the night he was at a wine bar.