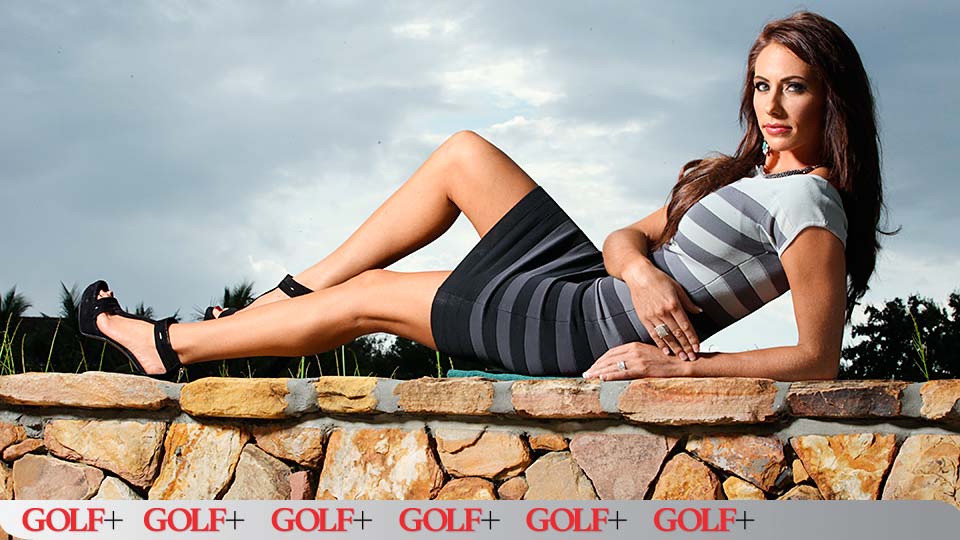 The Fox Sports reporter, 28, sounds off on the moment she realized she could have a career in television, the casino game that has her hooked and why her best (whatever that may be) is yet to come.

Just smile. Because things on TV are going to go wrong, but if you smile it makes it 100 times better.

Who gave you that advice?

I don’t know. I might’ve just made that up. I’m pretty sure it was my news director in northwest Arkansas when I was [working] there, but I could be totally making that up.

In the movie based on your life, who plays the role of Holly Sonders?

Elizabeth Hurley. That is the only celebrity I’ve really been told who looks like me. I don’t know if I take it as a compliment because she’s like 20 years older than me, but that’s fine!

What’s something you’re terrible at?

Cooking. Oh, good god. It’s so bad. It never goes well. Not one time has it ever gone well.

What’s been your worst kitchen disaster?

Preparing any kind of fish, because it smells and it lingers for a long time.

The makeup that I buy. If I wasn’t on air, I would want to be a makeup artist. I think it’s really fun to help people feel better about themselves and see the end result. I spend a lot of money on makeup that I end up leaving in my hotel, or I drop it and it breaks. I guess that’s it. I’m not too crazy-over-the-top.

Golfers usually respond to the extravagance question by mentioning their cars.

I like my car. I’m not even around to drive it that much. I bought a new BMW 6 Series and I like it a lot. It’s white. Because it’s Florida, you can be a little flashy.

When did you realize you could make a career as a television sports reporter?

I knew that I could make it as a host on TV when Golf Channel started giving me my own shows. That’s really when you know, when you’re not just a supporting co-host, or you’re not just giving updates. When I was given Playing Lessons on Golf Channel, that’s when I knew they valued me and that I had actually made something of this.

What word or phrase do you most overuse?

This is SI Golf+. You can say whatever you want.

I can say something like winning the Big Ten [golf] championship [at Michigan State, in 2007], or earning this new job at Fox. But I don’t think I’ve achieved it yet. I’m only 28 — oh, God, it pains me to say that, but I think my greatest accomplishment is still to come.

Helping the world out, or making something different. Maybe it’s our new Fox golf team. Maybe we do something that changes the world of golf.

If you weren’t on TV, what would you want to be doing with your life?

I’ve often thought about this. I really don’t know. I’m not somebody that could have a 9-to-5. I couldn’t go do the same thing every single day. It would be something in the world of golf, I would think, because I love the sport and I love the game and it’s what I know best.

It’s your last meal on earth. What are you eating?

Frank Pepe’s Pizzeria in New Haven [Connecticut]. And I’m eating the entire thing on my own. It’s where pizza originated in America.

If you had front-row seats to any musical act in history, who would you want to see?

I don’t really care about music. I’m more into comedians. The last time we were in Vegas we saw Jerry Seinfeld and he was outstanding. I would rather it be some stand-up comedian.

What is your idea of the perfect day?

Vacation in Las Vegas and it’s like 110 degrees outside. I’m with Erik at the pool, and there’s gambling, and there’s a bunch of friends with us. Nobody goes to bed, and we have no place to be the next day. Or, it’s the Sunday of the U.S. Open and we’ve just done an awesome broadcast, crowned a fantastic champion, everything has gone really, really well and we’re off and running. We’re toasting at the hotel, and we know we did a great job. That probably wins.

I want to hear more about the Vegas day.

Blackjack. I’ve studied up on it, and I keep the card, because you’re allowed to have the card that tells you what to do. I’m still learning what to do when I’m dealt a 6, or when to split or double down. I’m getting better!