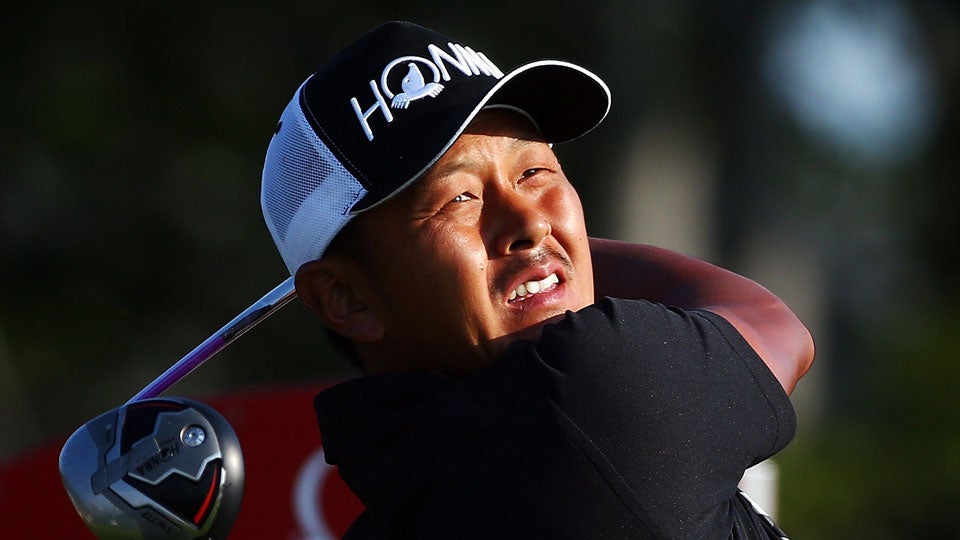 A birdie on 18 would have made Japan’s Hiroshi Iwata a very famous man in the golf world. Instead, he will have to settle for a tie with 25 other famous men after a 63 Friday at Whistling Straits.

Iwata made eight birdies, one eagle and one (now) memorable bogey en route to the record-tying round that has been shot 27 times in the history of the game. By the end of his round, the 34-year-old had climbed 114 spots on the leaderboard from where he sat Thursday night.

A bunch of birdies on the back nine made it all possible. Iwata bogeyed the ninth hole and made par on the 10th before eagling the 11th and birdieing five of his next six.

Iwata was in the fairway on No. 18, 251 yards from the hole when his approach fell short and right of the green. His flop shot from 94 feet came to rest four feet from the hole, a putt he made for par.

It may not have been a major championship record for Iwata, but it did set the course record at Whistling Straits. W.C. Liang shot 64 in the third round during the 2010 PGA Championship. Before this week, Iwata had never made a cut in a major championship (he’s had only three starts in majors, all at the British Open). Not long after Iwata tapped in for 63, on the ninth hole, club professional Ryan Kennedy tapped in for a quadruple bogey and a much different second round score: 90.