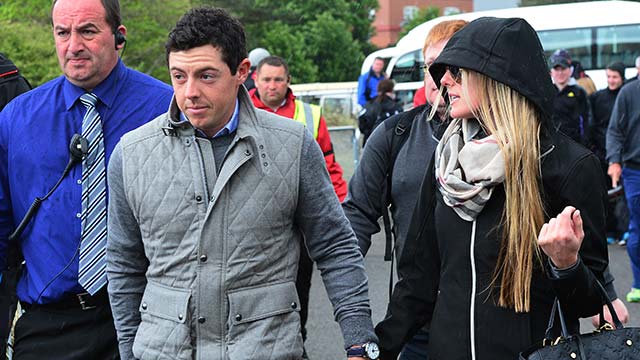 1. Steven Bowditch. In the Eyebrows World Ranking, he just passed Alvaro Quiros to take over No. 1.

2. Erica Stoll. Would you trade an American victory at the Ryder Cup for a new boyfriend? We know her answer. 3. Royal County Down. The major championships are visiting Chambers Bay, the Old Course and Whistling Straits, but this classic Irish links may be remembered as the course of the year. The crazy weather only made it more fun.

4. Steve Stricker. He’s worked hard to bring a Tour stop back to Wisconsin and now he will host a new senior event that debuts next year in his hometown of Madison. Hey, since the dude hardly plays golf anymore, he needs something to do. 1. Rory. A freakin’ 80? At what was his fifth major this year? For a second straight missed cut? Just a coupla weeks before the U.S. Open? Like Rory, I have questions but no answers.

2. Christel Boeljon. At the ShopRite she was locked in a spirited duel with Anna Nordqvist until missing a putt on the final hole that was … 18 inches.

3. Steve Williams. Love him or hate him, he’s a bigger star than all but a dozen or so actual players. This isn’t necessarily a good thing.

4. Nick Faldo. Now we have to suffer through two *more* missed cuts? Crikey. 5. Dustin Johnson. He was making a big run at the Nelson until a Sunday snowman on the par-4 6th hole. He shoulda learned from Rickie Fowler at the Irish Open — it’s better to make your 8s on a Saturday when fewer people are paying attention.