Heroes & Zeros: Can Rory McIlroy Save His Season at Whistling Straits? 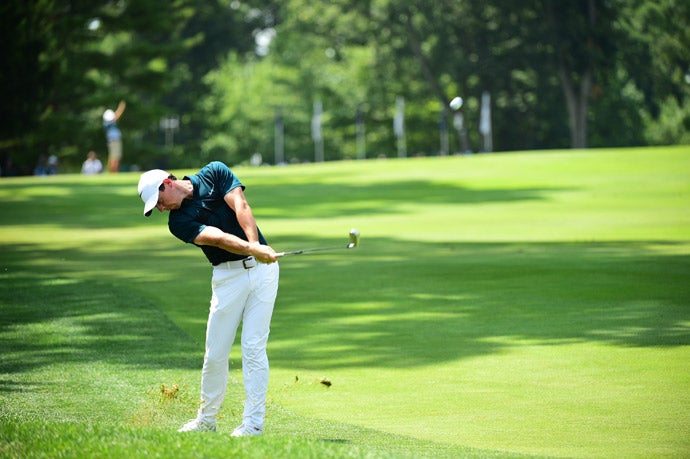 Ah, glory’s last shot — the slogan may be dead, but the sentiment remains. With all due respect to the FedEx Cup “playoffs” — readers are encouraged here to hold up fingers and make air quotes — this is the last chance in a good long while for players to do something important. A lot of pros can take a good season and make it great, and one in particular can make a great campaign into a transcendent one, to say nothing of the opportunity to atone for ill-advised kickabouts. The PGA Championship has always suffered from a lack of clear identity compared to the Masters and the Opens, but what it has going for it is the calendar: it’s now or never, boys.

1. Shane Lowry. Man, this guy is fun to watch, with a big swing and a flair for the dramatic. Can’t wait to see where he goes from here. 2. J.J. Henry. What a stirring victory for this pro’s pro. Henry is one of those players who the average fan knows little about, but he’s beloved by tournament officials and sponsors and people within the game — an unsung, important part of the fabric of the Tour.

3. Bubba. Two wins this season, four other top-3s, four other top-17s. Never thought this flighty character could be a week-in-week-out force, but it’s happening before our eyes. 4. Rory. It’s a huge boost to the game to have him back for the PGA. If the golf gods are smiling upon on us, he and Spieth will have a Sunday dogfight, offering a fitting capper to this season. 5. Whistling Straits. There’s no more dramatic or telegenic course on the planet.

1. Whistling Straits. And there is no other championship course that is harder to walk or more remote. 3. Andres Romero. Hey, I’m all for punching something when you’re playing poorly, but maybe not when you’re a pro golfer in the middle of a tournament round.

4. Paul Casey. He has the privilege of being paired with the jumpiest guy in golf, Bubba, and maybe the slowest, Furyk, in an unwieldy threeball during the first two rounds of the PGA. #PrayforTedScott? Pray for all of them. 5. Dustin. During this woebegone summer poor DJ is now the subject of endless retrospectives about his most epic of screw-ups, on the 72nd hole of the 2010 PGA. Looking at the photos and videos all over again, his ball is on sand and there’s a big lip in front of him — how could he not think it was a bunker?!