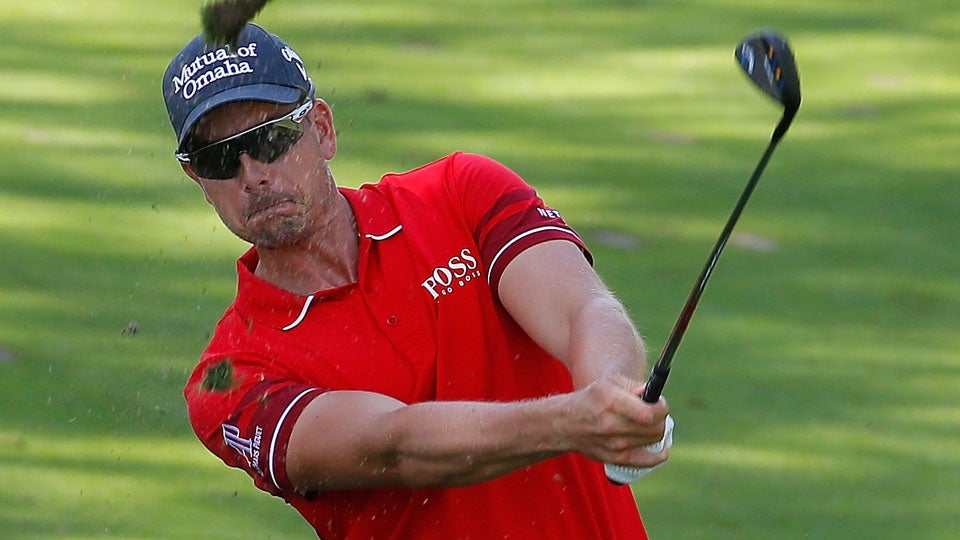 Henrik Stenson began his U.S. Open with a round in the 60s, but he withdrew before finishing his second round.
Getty Images // Keyur Khamar

Henrik Stenson’s 2016 U.S. Open came to an early close at Oakmont after he withdrew from the event before finishing his second round.

Stenson opened with a one-under 69 Friday morning before turning around and beginning his second round Friday afternoon. He had just two holes left when play was suspended due to darkness, but his second round had not been nearly as sterling as his first.

Stenson was 10-over through 16 holes with no birdies on his scorecard when he left Oakmont Friday evening. The Swede didn’t show up to play his last two holes Saturday morning.

Henrik Stenson WD from the U.S. Open before Saturday’s resumption of the 2nd round. USGA said Stenson did not give a reason for his WD.

Stenson later tweeted that he withdrew because of minor neck and knee issues, and he expects to return to competition next week.

Minor neck and knee issues, nothing Major! Hope to be back in action next week! H