Henrik Stenson Is the Best Player Never to Win a Major 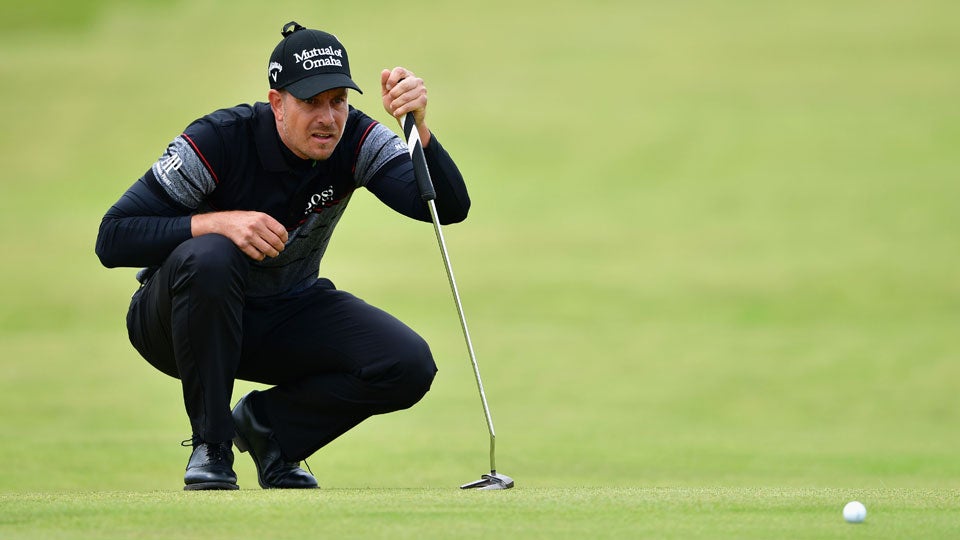 Henrik Stenson is the first golfer to win the PGA Tour's FedEx Cup and European Tour's Race to Dubai in the same season.
Getty Images

The Masters is on the horizon, which means spring is going to happen in the North no matter what some groundhog says.

The return to Augusta brings us back to a topic that’s about as hot as the spitball in baseball — who’s the best player who hasn’t won a major yet?

This issue has faded into the background during a nice run of first-time major champions. We’ve been minting them at a rapid clip, in fact, and since Colin Montgomerie moved on to the Champions Tour and Adam Scott and Justin Rose got theirs, well, it just hasn’t been talked about much.

In 2015, just about everybody who should’ve won a major has. Sure, there is a whole new crew of young talent out there, and they are in a hurry to get in the history books. But the ranks of shocking major-less players have thinned dramatically.

From 2009 through 2013, 15 of 20 majors were won by first-time major-winners. That pretty much decimated the major-less ranks. Last year, all four majors were won by previous champions. Rory McIlroy snagged the last two, giving him four; Martin Kaymer ran away with the U.S. Open to go with his Whistling Straits PGA, and Bubba Watson grabbed another Masters.

I view this list as a ranking of the players who are currently playing the best golf but don’t happen to have a major, although a little career achievement has to be factored in.

Here’s how I see the top ten without a major going into the Masters:

1. Henrik Stenson. You’ve got to credit a guy who won the FedEx Cup and the Race To Dubai in the same year. He was in the mix at the last two PGA Championships, and he’s got a second and two thirds at the British Open, but in nine Masters, his best finish is 14th. I like him at St. Andrews this summer, not at Augusta. 2. Rickie Fowler. Though ranked only 11th in the world, you can’t ignore Fowler’s 2014 in which he finished top five in all four majors. That’s called knocking on the door. His work with instructor Butch Harmon has made him a more consistent threat, and Fowler’s showing last year proves that he’s capable of winning any of the four majors. 3. Jason Day. The young Aussie has already been runner-up twice at the U.S. Open and once at the Masters. A thumb problem derailed him last year. Ranked fifth in the world, he looks more ready than ever. 4. Jordan Spieth. It seems silly to say that a player whose only U.S. wins are the John Deere Classic and the Valspar Championship should win a major, unless you’ve seen the kid play. He won the Australian Open impressively, he’s ranked sixth in the world and he’s got that closer’s gene — he pulls off the clutch shot when he needs it. He was runner-up in last year’s Masters and seems determined.

5. Dustin Johnson. It’s hard to believe he’s sort of quietly got nine wins, including one in eight straight seasons. He’s not a young gun anymore, just a gun, and he’s back from personal issues with a settled home life and a renewed focus on golf. Johnson has had good chances to win the U.S. and British Opens and the PGA. The Masters seems a little less likely for him, but not impossible. 6. Patrick Reed. He is ranked 15th in the world, made a splash at Doral and the Ryder Cup last year and is not afraid of the pressure shot. Last year was the first time he played in any majors, so he’s still got a learning curve, but no one doubts he may steal a major title this year. He’s got guts. I like that.

7. Jimmy Walker. The Texan is a late bloomer at 36. He finished top ten in three of four majors last year, a performance that might have earned him more attention if not for Fowler. Walker is long off the tee, pretty straight and one of the Tour’s better putters. That combination travels well. I like him best at Chambers Bay or Whistling Straits. 8. Sergio Garcia. He got the no-major monkey off his back for a while by playing so poorly he wasn’t a factor. He seems to have reclaimed his love of golf and greatly improved his putting by sticking with the claw grip. The Masters isn’t his cup of tea, but his ballstriking makes him a U.S. Open contender and the slower green speeds at the British Open suit him better.

9. Matt Kuchar. The Kooch has finished fifth, eight and third in the last three Masters. He lives on his short game and putting and the Masters puts a premium on those. Come the back nine Sunday at Augusta, he’ll probably be on the radar. 10. Lee Westwood. This is your career-achievement posting. Westwood has slipped to 29th in the world, and he’s been dogged by major near-misses. He’s had eight top-3 major finishes since 2008. He will turn 43 in April, and it’s getting harder and harder to make those clutch four-footers. But it’s never too late. Due to an underwhelming response, I am not listing your votes for best major-less golfer (Henrik Stenson and Dustin Johnson were popular choices, along with one hermit’s bitter vote for the late Harry “Lighthorse” Cooper. But here are the top ten Van Cynical Mailbag questioners without a major:

Sickle cell, Is Tiger intentionally falling in the rankings so he can be the lowest-ranked player to win a major? — Brian Bailey via Twitter

He’s simply laying the groundwork, Bailjumper, so he can win Comeback Player of the Year. Tiger is always looking for any excuse to crash the Golf Writers Association’s annual Wednesday dinner in Augusta. Free food, lots of stultifying speeches and wrinkled sportcoats — his dream come true.

Van Cynical, The PGA Tour reprimands a caddie for wearing pink shorts. When will the War Against Loopers end? — Mr. Fairway via Twitter

When they’re replaced by robots that display commercial messages on-screen and who swear allegiance to FedEx — an army of willing, obedient soldiers. Hmmm, I bet I could hack them into doing my own bidding — shhh! Don’t tell anyone.

Sicko, Spotted Anthony Kim in an Amsterdam café playing ping-pong with Andy Kaufman? Do the Dutch overseed with a Jamaican zoysia? — CapBozo via Twitter

You may want to step away from the bong yourself, Cap, go outside and get some fresh air and, if you insist, some munchies. Andy Kaufman is in heaven singing the Mighty Mouse theme song with Elvis. AK is probably in Dallas, or as folks in Waco call it, Heaven.

Van Cynical, For the last few years, I’ve thought Fred Couples has a decent shot to win another Masters. Am I crazy? — Drew Thompson via Twitter

I don’t want to be rude, Looney Bin, but yes. Fred is 55 and can play a mean game tee-to-green, but he can’t finish it off on the greens. He can contend, and he can finish top ten, but realistically he can’t keep it all together for four rounds. He can still finished third or better, though.

Van GiveASick, Who are the bottom ten with a major? — Kokomice via Twitter

The contenders would include guys who didn’t do much else, such as Orville Moody, Shaun Micheel, Ben Curtis, Lou Graham, Ed Furgol and Mungo Park.

Sicklepedia, Which is better for golf, dominance or parity? What’s better for TV, more birdies or more balls in the water? — Kevin Powers via Twitter

Parity always seems like a noble goal for sports, but when it happens, it’s dreadfully boring. Give me a dynasty any time, especially in golf. Something with birdies and disasters is the best for TV like, say, The Masters.

Van Cynically, Who should I draft first overall in my fantasy baseball draft? Remember, you will receive all blame for my downfall. — Brian Bailey via Twitter

Go with that fish guy. The whale, the flounder, the bass-hole. Oh yeah, Mike Trout. If Andrew McCutchen had more guys on base when he got to bat, I’d take him. If you have any guts, you’ll take A-Rod, though. Make a statement, Jumper. 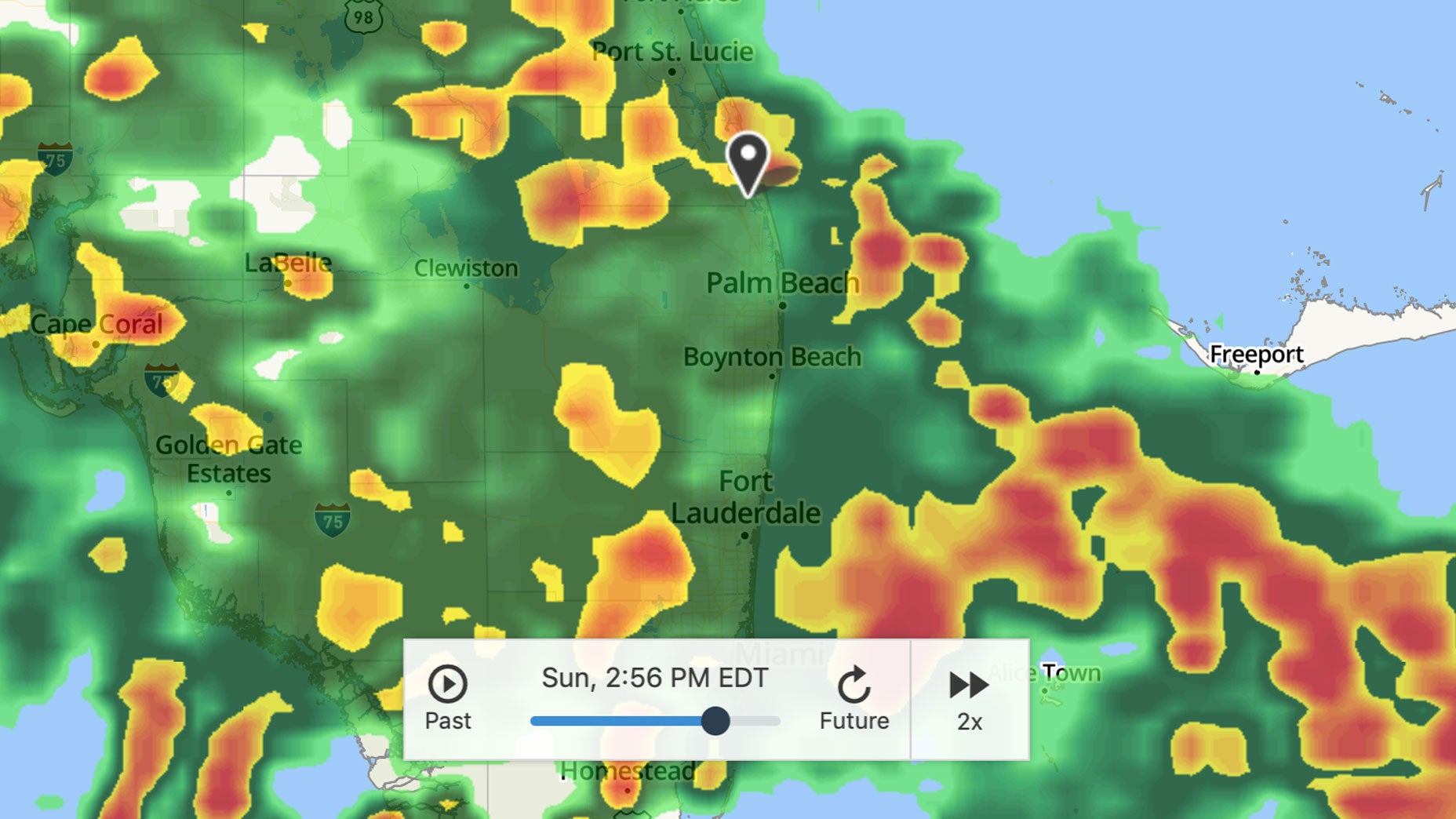 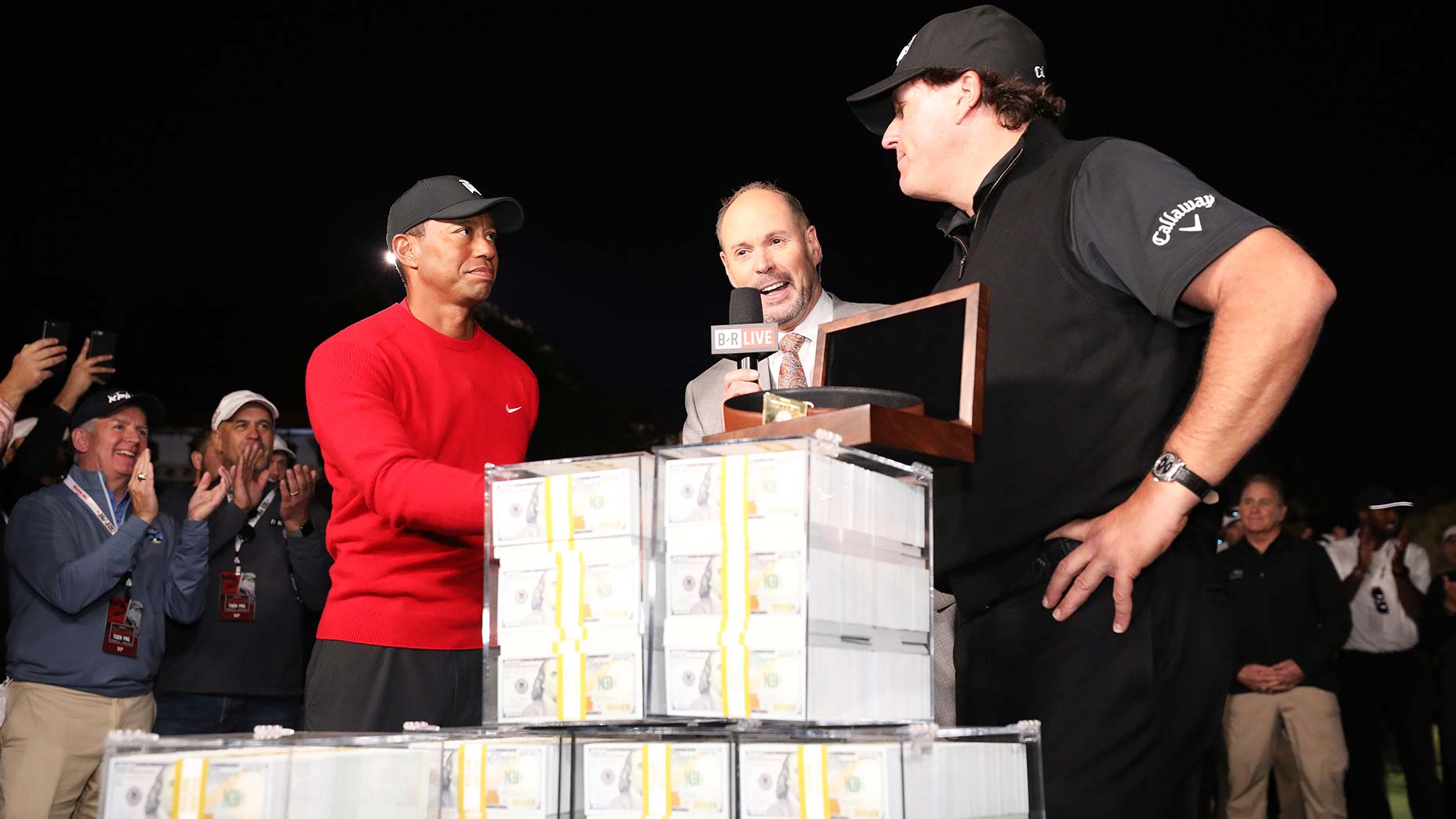 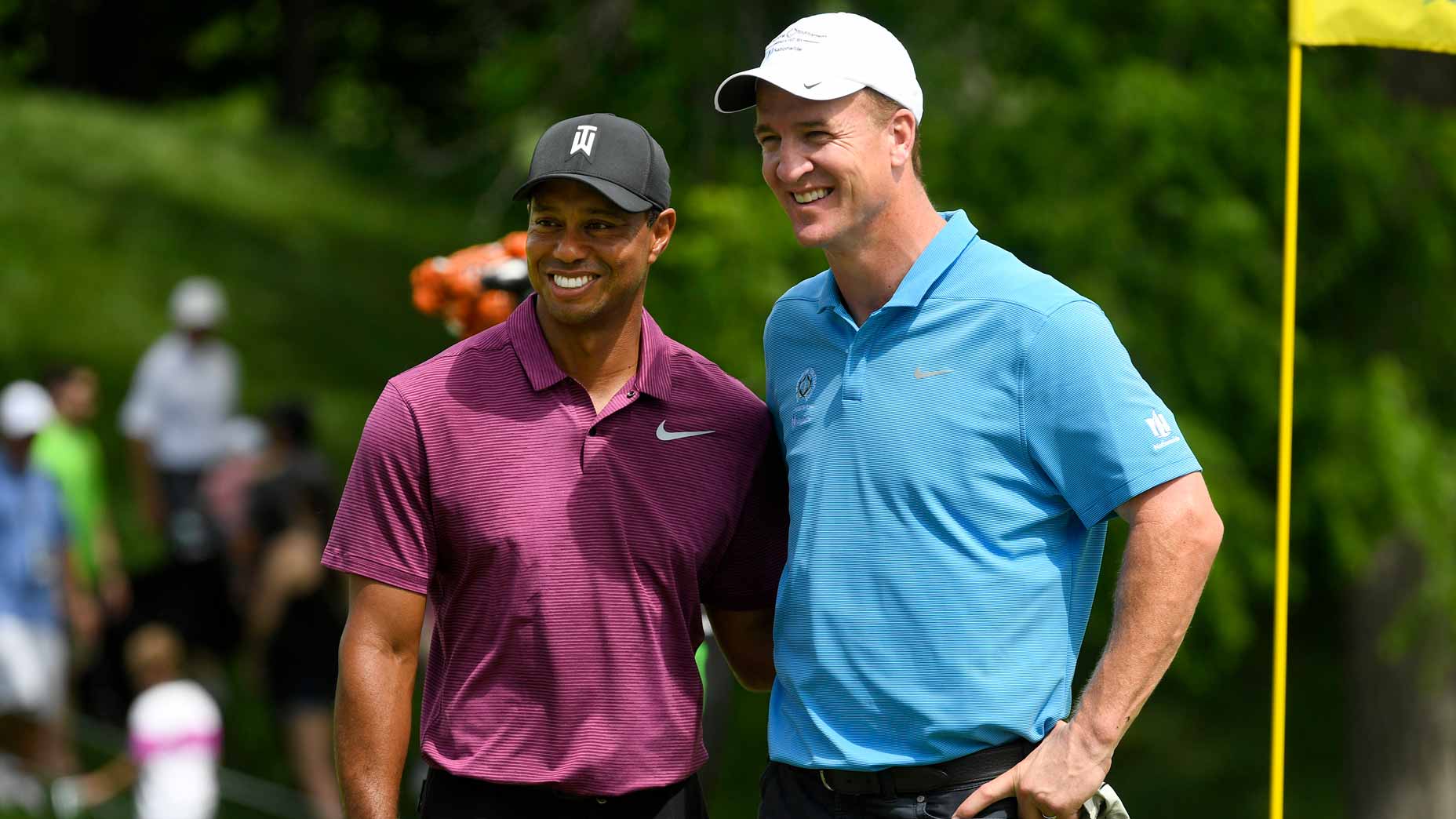