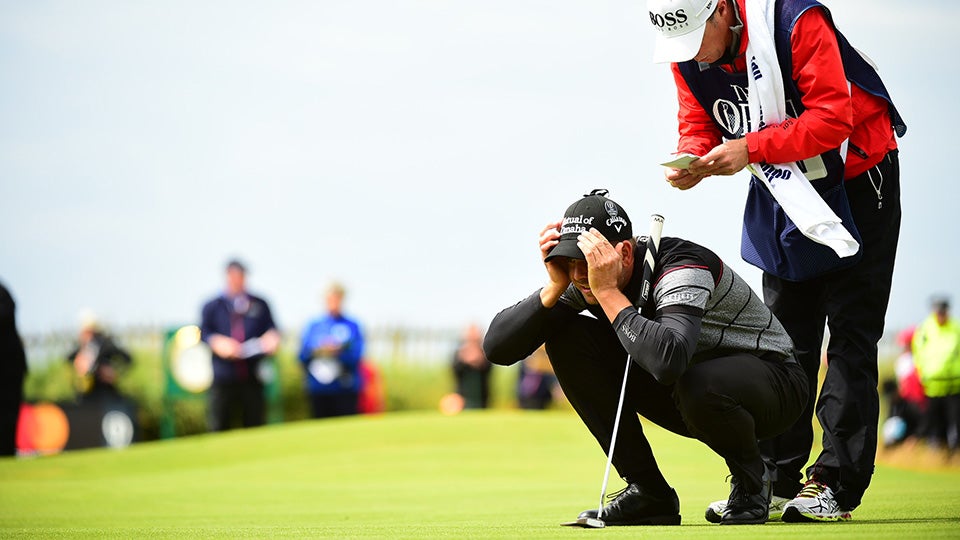 Henrik Stenson putts during the final round of the 2016 Open Championship at Royal Troon.
Kohjiro Kinno

It’s been a back and forth afternoon for the final pairing of the 2016 Open Championship at Royal Troon, but the turning point could have just shifted in favor of 54-hole leader Henrik Stenson.

Leading by one shot going into the par-4 15th, Stenson drained a 50-foot putt from the right side of the green, opening the lead to two shots, the largest margin between he and Phil Mickelson over 19 consecutive holes. The best part? He walks it in with authority.

Stenson finished second to Phil Mickelson at the 2013 Open Championship at Muirfield, and is no doubt eager to seek redemption.

Check out the incredible putt below.

He’s holed it. Two shot lead for Stenson with three to play. #TheOpenhttps://t.co/xCrK3OtiXK