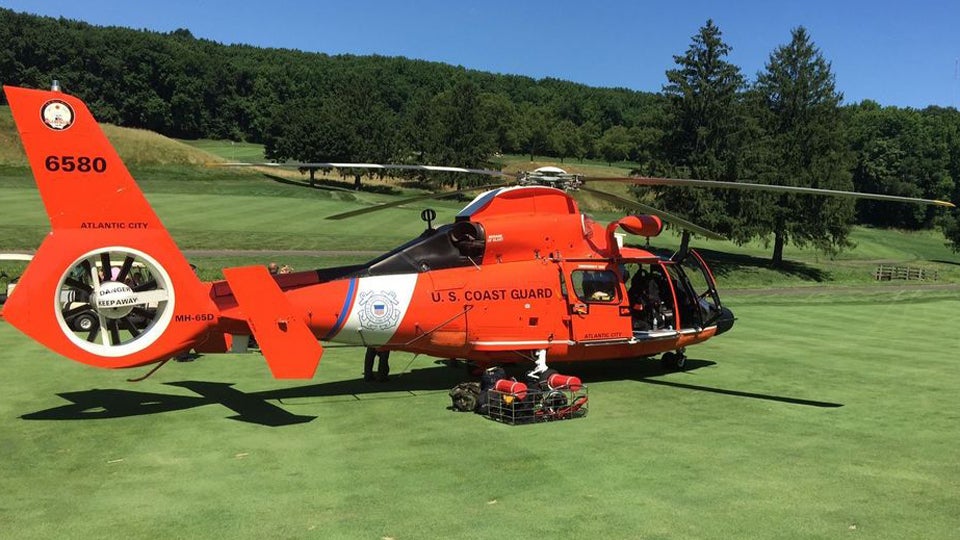 Staten Island golfers received a mid-round surprise Sunday morning when a Coast Guard helicopter made an emergency landing on a fairway at Richmond County Country Club.

More surprised was the helicopter crew, who, in the middle of a flyover, smelled fumes and witnessed their cockpit fill with smoke. The nearest safe landing at their disposal was a fairway of the Dongan Hills course.

“Our flight mechanic smelled something,” Elise Roberts, the pilot, told silive.com. “We were setting up for a precautionary landing when we started losing equipment and decided we needed to land immediately.”

The crew was flying over and inspecting the area directly effected by an oil spill nearby in Bayonne. According to a spokeswoman from the U.S. Coast Guard, no one was injured. Here is an silive.com video of the helicopter leaving the course.