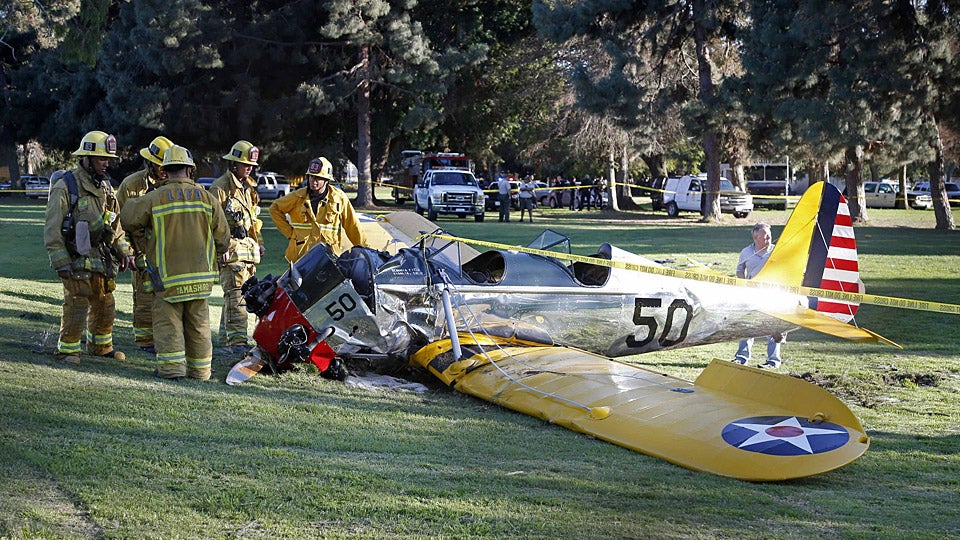 Actor Harrison Ford was injured after crash-landing an airplane on a golf course in Los Angeles on Thursday, according to reports from TMZ and confirmed by major news outlets.

Ford, an avid aviator, was flying the small, World War II-era single-prop plane. It is unknown what forced the actor to abruptly land on the golf course. There were no passengers on board.

Photos show the damaged aircraft lying on the golf course, with scours in the grass behind the plane where it apparently landed.

USA Today reports that Ford “has been a licensed pilot since at least 2002,” citing FAA records.

Penmar Golf Course, the site of the crash, is located in Los Angeles, Calif., not far from Santa Monica Airport, where the plane reportedly took off from. The David Kent-designed, nine-hole municipal course first opened in 1962, according to lacity.org.