Harris English: ‘The Americans Will Win the Ryder Cup’ 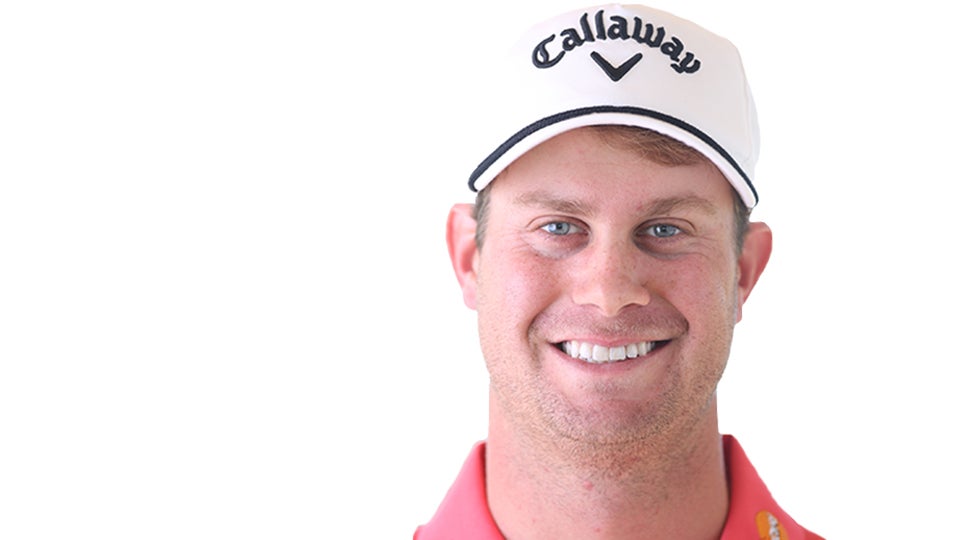 A true student of the learning process, Harris English didn’t need much time to win on Tour. Now, the final exam: Does he have the golf smarts to make the USA Ryder Cup team?

You finished second to Jordan Spieth at Colonial in May, your third top-10 finish in 2016. At 27, you’ve got two Tour wins under your belt. Does that make you an overachiever or an underachiever these days?

The first year out on Tour, you just want to keep your card! I did that. I came out the next year [2013] and won in Memphis and then in Mexico. I lost a playoff last year at Torrey Pines to Jason Day. I wouldn’t say I’ve underachieved or overachieved. I feel like this game’s always a process, and I’m trying to learn more every single year.

You learn pretty fast: You made 22 out of 27 cuts as a Tour rookie. But you must have had some rookie mishaps, right?

As a rookie, there were a lot of times when I didn’t know where the locker room was, didn’t know where registration was. It’s like you get to a course and have no idea what’s going on. [Laughs] I still try to play practice rounds with some of the veterans.

In your sophomore season, you stared down Phil Mickelson for that first win, at the FedEx St. Jude Classic. How nerve-racking was that?

What were your goals heading into 2016?

I really want to play for Davis Love on that Ryder Cup team at Hazeltine. That one’s right up at the top.

You idolize Love, who’s a neighbor of yours at Sea Island, in Georgia. Who else do you look up to? Any mentors?

Davis Love has been the guy I’ve looked up to since I was a little kid. I watched him on TV and tried to model my game after his. Having a guy who’s been through it all, won majors, played on a bunch of Ryder Cup teams, has a bunch of PGA Tour wins—that’s just great. It’s really helped just to be around guys like Lucas Glover, who used to live at Sea Island, Zach Johnson, Matt Kuchar, Jonathan Byrd—guys who’ve done it all.

So there’s a little community of pros at Sea Island. But isn’t it every man for himself out on Tour?

We see each other a bunch, out at dinner, on the course practicing, playing Ping-Pong, or just hanging out. We all have similar interests. We all love the outdoors. And when we’re not playing golf, we could be fishing, paddleboarding, hunting. It’s a great place to live, and I’m very fortunate to be around some guys like that to learn from them.

Your Tour profile says that you’re a fan of Jeopardy! How hardcore are you? Do you keep your own score?

No, no. I never keep my score. But especially in the off-season, it’s fun to go home, cook some dinner and watch Wheel of Fortune and Jeopardy! I sit there and really enjoy it.

Which category is your biggest strength—besides golf, of course?

I’m really good at sports trivia or 1990s music, but [my knowledge] is kind of random. I have a pretty photographic memory, so I’m good at some categories. But stuff like opera, I can’t get. And I haven’t read a lot of books, so that stumps me, too. But it’s just fun to watch and blurt out answers and see how many I get right. It’d be really fun to be on the celebrity Jeopardy! with some of those athletes. [Green Bay Packers quarterback] Aaron Rodgers is really good at it.

Speaking of television, weren’t you a fan of the show Saved by the Bell?

[Laughs] Yes, but I haven’t watched that in a long time. Growing up, I was either watching Family Matters or The Fresh Prince of Bel-Air, and also Saved by the Bell. That was my favorite.

It takes a brave man to admit that. You’re certainly no Screech. Are you more like Zack or Slater?

Oh, I was a Zack guy, for sure. When I was younger, I would even try to do my hair like him, try to dress like him, because he was the cool guy, the guy who got all the girls. Slater was more of a jock. He was nice, but Zack was my favorite.

ONE THING I KNOW FOR SURE: THE AMERICANS WILL WIN THE RYDER CUP.

It’s our time. People have asked why the Americans have not played well, what we do wrong. I think we’ll see a lot of young guys bring that fire to the Ryder Cup. And this year, being led by [captain] Davis Love and [vice-captains] Jim Furyk, Steve Stricker and Tiger Woods will inspire the players. You’ll start seeing a trend of good American players who badly want to play— and win.