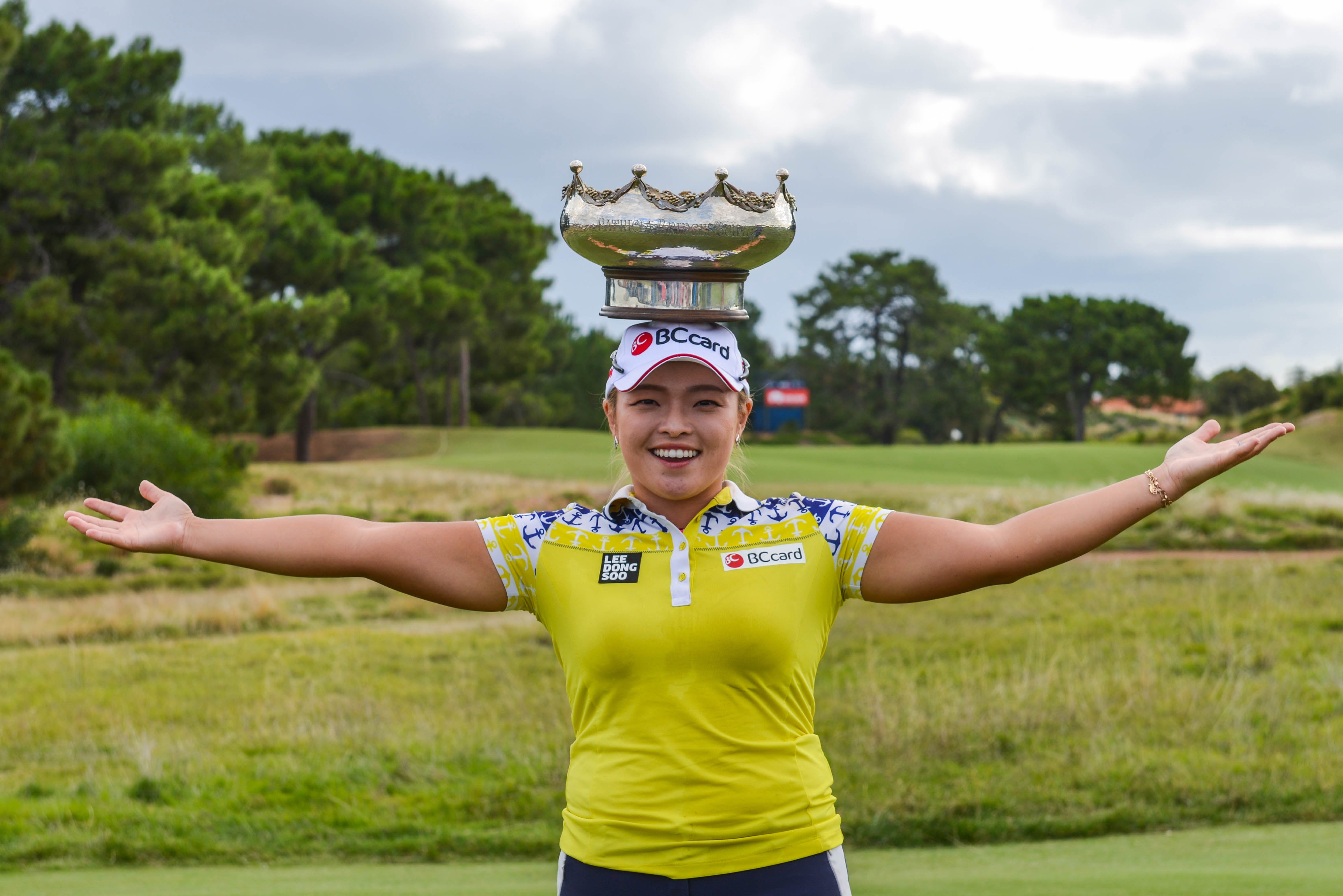 Ha Na Jang had an eagle and three birdies over her last six holes in a superb finish Sunday that set up a three-shot victory in the Women’s Australian Open.

“It’s a really good, strong finish. That is why it’s good sport today,” the South Korean said after closing with a 4-under 69 to finish at 10 under at Royal Adelaide.

No. 6-ranked Jang regained her composure after opening with a bogey in the last round and finished three shots ahead of Nanna Madsen of Denmark, who finished with an even-par 73 for a 7-under total 285.

“The first hole I was very nervous on the tee because I want to make birdie at every hole, more aggressive and try that,” said Jang, who claimed her fourth LPGA title and her first of the year. “After hole No. 1 it’s really tough day.”

Haru Nomura, the 2016 champion, closed with a 73 to finish in a four-way tie for third place at 6 under with No. 2-ranked Ariya Jutanugarn of Thailand and Australians Minjee Lee and Sarah Jane Smith.

Lizette Salas started Sunday with a two-stroke lead but struggled in the last round and closed with a 5-over 78 to fade into a share of seventh place at 5 under with six others, including fellow Americans Beth Allen, Marina Alex and Canadian Maude-Aimee Leblanc in the LPGA event.

“It was my first tournament back,” Ko said. “I think there are a lot of positive things to look at rather than thinking ‘Hey, I shot over par.’”