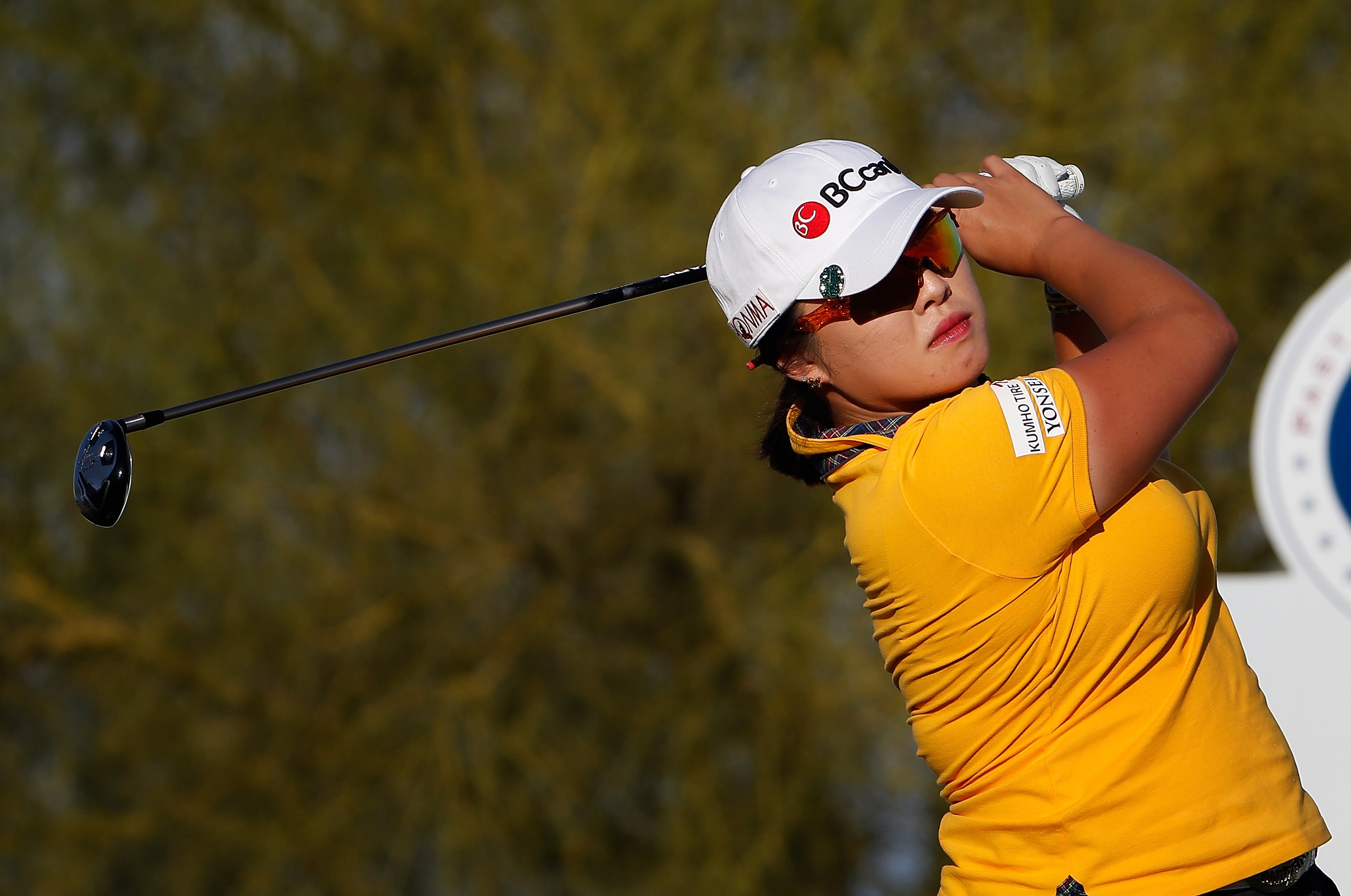 Ha Na Jang was in the lead when play was called at the Coates Golf Championship .
Getty Images

Jang birdied her final four holes to reach 11 under with seven holes left in the second round. She opened with a 4-under 68 on Thursday at Desert Ridge.

Kim played 30 holes Friday in the tournament that fell behind Thursday when rain delayed the start four hours. The Evian winner last year in France for her first major title, she completed a 65 in the first round and had a 69 in the second.

“I was sleepy this morning,” Kim said. “I just played relaxed and I just think to myself, `Hit soft.’ That’s the key for me.”

Only half of the 132 players finished the second round.

Stacy Lewis and Kim Kaufman were 9 under.

Lewis, the 2013 winner, also played 30 holes. She opened with a 64, making seven birdies in a nine-hole stretch to take the first-round lead, and had a 71 in the afternoon.

“I didn’t do too much different other than I just got on the wrong side of the hole,” Lewis said. “The first round, I basically gave myself a lot of uphill putts, and then it was downhill, sidehill swingers. You’re not going to make very many of them.”

Kaufman bogeyed her final hole of the day, the par-4 12th.

Top-ranked Lydia Ko was in the group at 7 under with eight holes left. The 17-year-old New Zealander opened with a 66 on Thursday and was 1 under in the second round.

Michelle Wie, paired with Ko, was 1 under overall after opening with a 73.

“It was a long day, early morning,” Webb said. “I think I made the most of the conditions this morning with the greens being freshly mowed. They got a little slow and bumpy this afternoon, but all in all, I feel like I played pretty solidly.”

Playing partner Yani Tseng, the 2012 winner, struggled with rounds of 75-77. She was 131st, nine strokes ahead of last-place Christine Song.