Grip It and Rip It: John Daly’s son makes hole-in-one at AJGA event 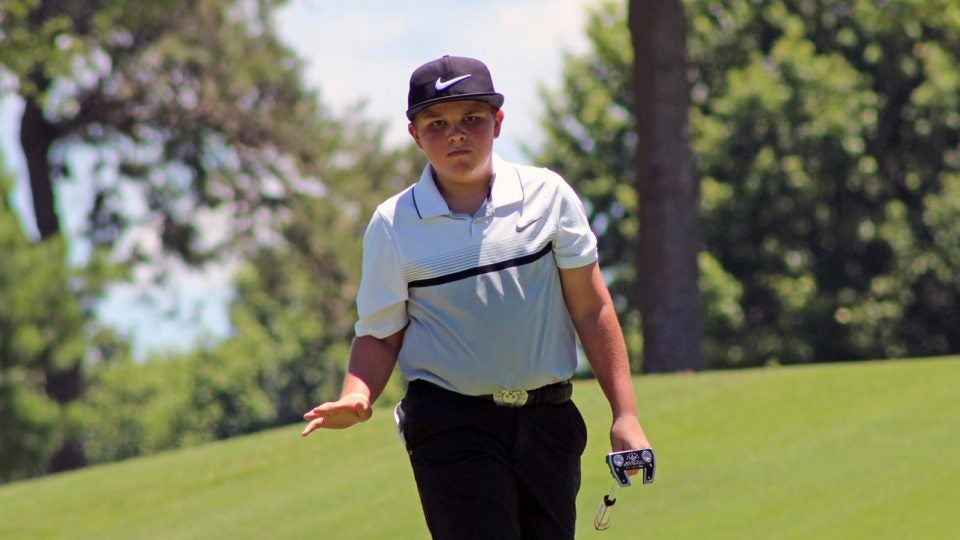 The old saying goes “like father, like son” and apparently that’s true even if you’re the son of PGA Tour legend John Daly.

Daly’s 13-year-old son John Daly II flashed some golf skills of his own Sunday at a junior golf event. Playing in the AJGA’s KPMG Stacy Lewis Junior All-Star Invitational at Fayetteville Country Club in Johnson, Ark., Daly II made a hole-in-one on the par-3 7th. According to a tweet from his two-time major winning dad, Daly II aced the 190-yard hole with a 5-iron, which is impressive length for a kid who hasn’t reached high school yet.

It was John Daly II’s first career ace, according to a tweet from the AJGA. He finished the day with a one-over 71, leaving him four shots behind the leader in a tie for ninth. Here’s to hoping we see Little John out on Tour in five years or so.