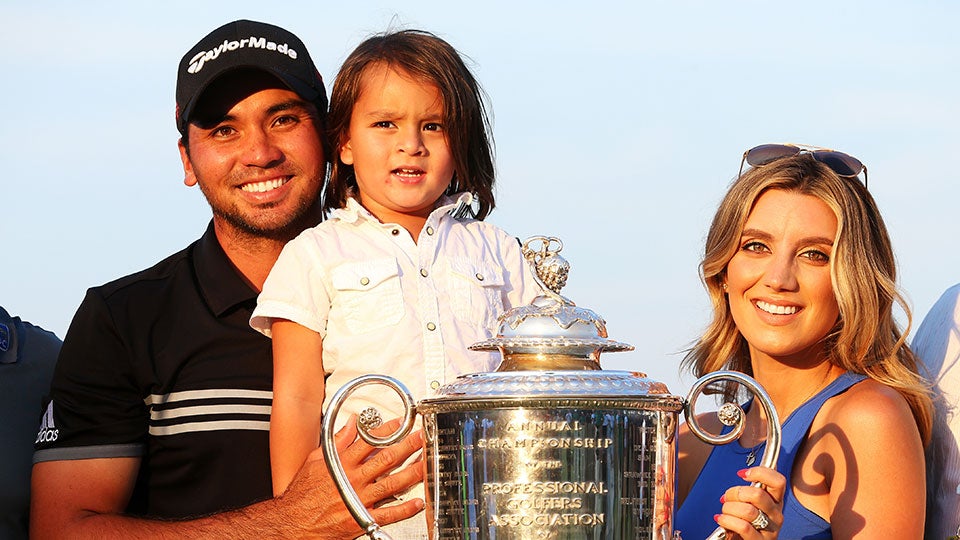 Jason Day of Australia poses with the Wanamaker Trophy and his wife Ellie and son Dash after winning the 2015 PGA Championship with a score of 20-under par at Whistling Straits on August 16, 2015 in Sheboygan, Wisconsin.
Getty Images

“I always thought the big question was if he could make clutch putts on Sunday,” Van Sickle said. “I was impressed when it mattered that he could make the big putts. That’s what I felt what holding him back.”

Ritter walked in the final group on Sunday with Spieth and Day and offered thoughts on what separated that round from others in major championships.

“It was electric,” Ritter said. “I was struck by the sportsmanship between the two guys. It was an intense environment, but you could tell they were still supporting each other. Everyone saw on the 17th hole Day hit that lag putt that pretty much sealed the win and Spieth walked across and gave him the thumbs up. There was a feeling of good sportsmanship in the heat of that competition. I don’t remember seeing a final round with that mix of intensity and sportsmanship in quite a while.”

Listen to the full podcast below and be on the lookout for more from GOLF.com in the future.