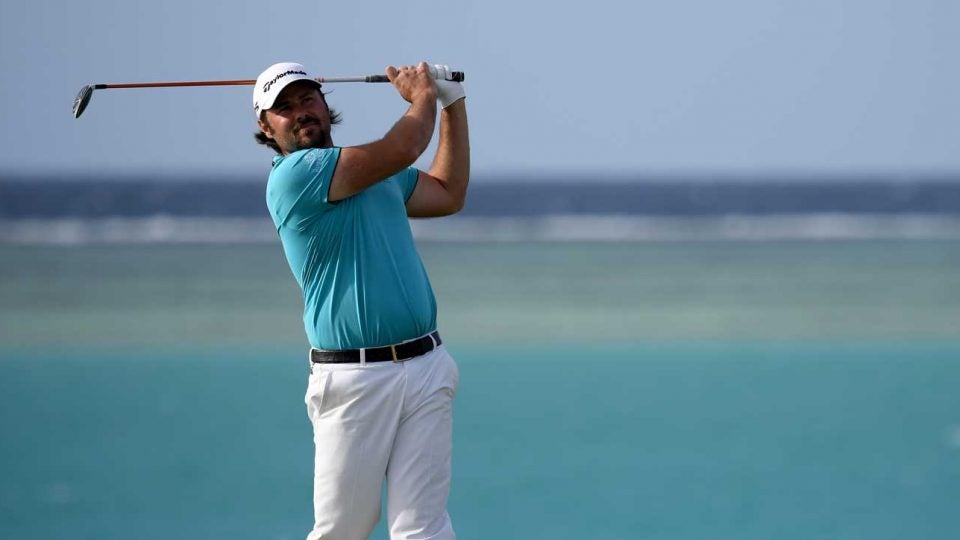 Victor Dubuisson has not won since the 2015 Turkish Airlines Open.
Getty Images

It has been nearly six years since Graeme McDowell last won on the European Tour, but the man from Northern Ireland is in position to do it again.

McDowell has earned a one-shot lead through 54 holes at the Saudi International, out-pacing another man in a long drought, Victor Dubuisson. McDowell sits at 12 under while Dubuisson is just one shot back. Dustin Johnson (-7), Phil Mickelson (-6) and Brooks Koepka (-6) are all within striking distance for Sunday’s final round.

McDowell’s name was in headlines earlier this week as he was given a warning for slow play after conducting an interview mid-round. He hasn’t been docked any strokes yet, but another infraction would lead to one-shot penalty.

To this point he’s made just two bogeys and one double en route to 64-68-66. He’ll be paired with Dubuisson Sunday afternoon at Royal Greens Golf and Country Club.

Dubuisson, once one of the most promising European players in the mid 2010s, has not won on the European Tour since the 2015 Turkish Airlines Open. Ranked as the no. 15 player in the world in early 2015, Dubuisson has since dropped to no. 478 after struggling in 2017 and not playing more than two sanctioned events in 2018. But something makes sense for him in Saudi Arabia. Dubuisson finished T18 last year at this event, his first top 20 in more than a year. He hasn’t made a bogey since the 7th hole in the second round, tallying consecutive 65s.

One intriguing line of play is Mickelson’s standing. He’s currently T7 in an event where he could garner some much-needed world ranking points. Mickelson, who has dropped to no. 86 in the world ranking, will not be involved in the upcoming WGC events due to that rank, pending any big changes. Likewise, if he does not enter the top 60 in the world by mid-May and/or mid-June, he will be forced to qualify in another way for the U.S. Open at Winged Foot. A good finish would go a long way for Lefty.