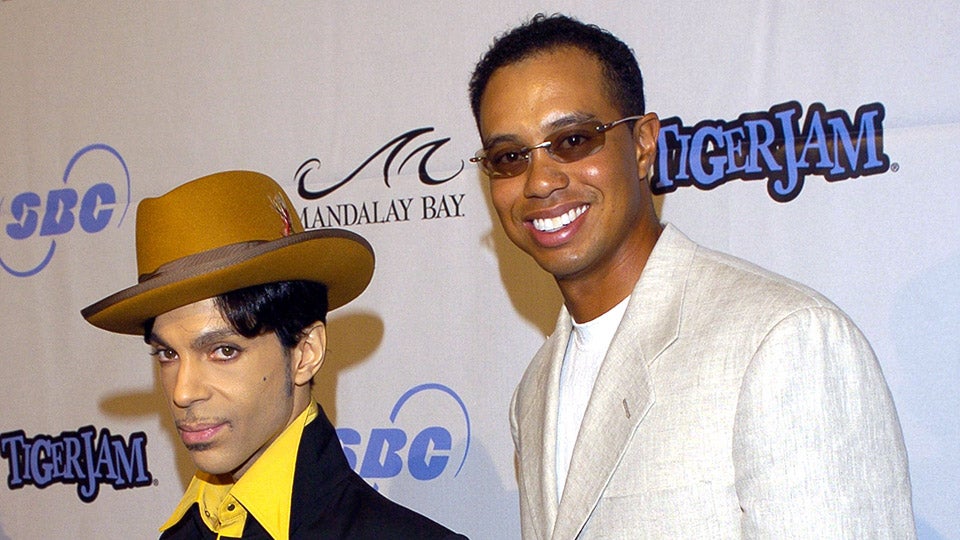 Prince and Tiger Woods on the red carpet at Tiger Jam 2004.
L. Cohen

Rock and roll icon Prince died April 21 after being found unresponsive in an elevator at his recording studios in Chanhassen, Minn. He was 57.

Prince Rogers Nelson transcended genres and generations by flawlessly conquering rock and roll, funk, R&B and pop in smash hits like “Kiss,” “Nothing Compares 2 U,” and “Purple Rain.” He was said to have been battling the flu a week ago and had postponed two shows in Atlanta before traveling back home to Minnesota, having to make an emergency medical landing on the way. An autopsy is set to further investigate the cause of the icon’s death.

Meanwhile, golfers around the world took to Twitter to pay tribute to the artist who so greatly shaped their lives, most notably Tiger Woods, who invited Prince to play at his foundation’s Tiger Jam event in 2004. On Woods’ website, the performance is described as, “amazing” and “one of the all-time greatest Tiger Jam performances.”

I was lucky to have met and witnessed the most talented entertainer in history. Rest in peace my brotha. pic.twitter.com/ZXB5BfBVMS

I saw Prince in 1982 with Vanity6 and The Time. He was a genius! I will never forget him on that bed rising to the rafters! #brilliant

Sad to hear the passing of #prince never saw him in concert, but liked his songs. What an artist, genius and influencer in the music world

So sad to hear about the passing of Prince. One of my favorite musicians of all time, absolutely love his music.

Brutal year for losing music icons. Bowie, Frey, now Prince. “If I could I would give you the world.” #diamondsandpearls