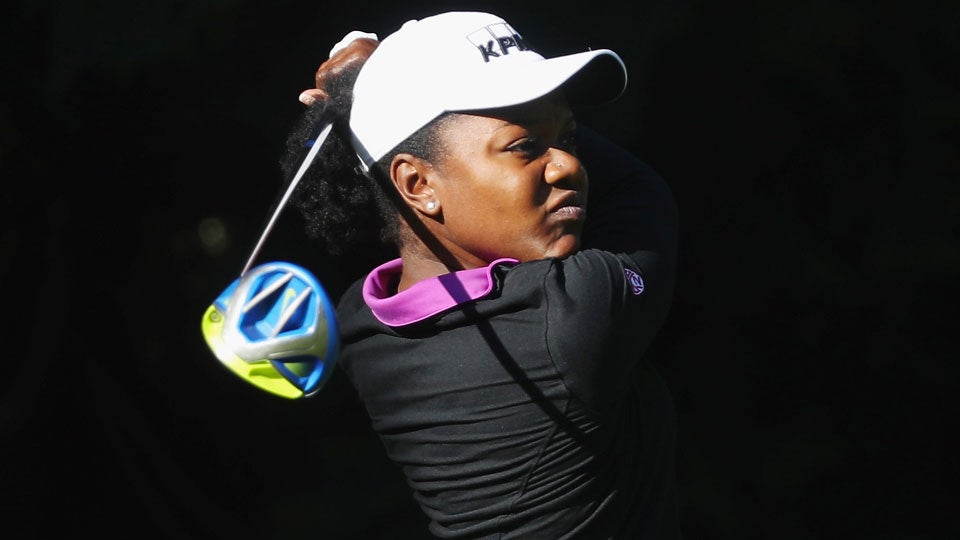 Mariah Stackhouse was a four-year All-American at Stanford.
Getty Images

PORTLAND, Ore. (AP) — Recently Mariah Stackhouse was flipping through some old photos, and she came across a few of herself playing golf when she was just a little kid.

And it dawned on her that even though she’s making her debut as a professional in the Portland Classic, she’d been working toward this goal for a long time.

“Just looking at that span and knowing how much I’ve grown and how much has changed in my life, it’s pretty – I guess ‘special’ is the word,” she said, “and I feel fortunate to have made it this far.”

The 72-hole Portland Classic gets underway on Thursday at Columbia Edgewater Country Club. The tournament, in its 45th year, is the longest-running non-major on the LPGA Tour.

Stackhouse just wrapped her college career at Stanford, where she was a four-year All-American. She helped the Cardinal to an NCAA title in 2015 and to the team final against eventual winner Washington this year – played just a couple of hour’s drive away in Eugene.

“The camaraderie I’ve shared with my teammates the past four years, especially these last two with such good performances all the way through postseason, it’s a lot fun,” the communications major said. “I think those are the memories that I’ll carry with me from my college golf experience.”

But Stackhouse was a prodigy well before her career at Stanford.

When she was just 2 years old, father Ken recognized that she may have a talent for the game. She played in her first tournament at age 6 and tied for first, playing against 9-year-olds.

“I’ve been working hard and I recognize it’s another level. I’m just excited to go out here and play against the girls that I’ve been wanting to play with for a long time now,” she said about her pro debut.

Stackhouse is playing in the Portland Classic on a sponsor’s exemption. She’s written asking for exemptions to other LPGA tournaments (she’s allowed six) and may play in some Monday qualifiers. She says she wants to also play events on the developmental Symetra Tour.

The Portland Classic will cap quite a month for Stackhouse. In addition to graduation, she signed with Sterling Sports Management, which also represents Stacy Lewis and Brittany Lincicome. She also landed a global endorsement deal with international professional services company KPMG, which also sponsors Lewis and Phil Mickelson.

Brooke Henderson won last year’s Portland Classic by eight strokes after joining the field as a Monday qualifier. A year later, Henderson is ranked No. 2 in the world and has a major championship.

“We saw Brooke Henderson earn her LPGA status in Portland last year and look forward to seeing if Mariah can match that feat this year,” said Tom Maletis, president of Tournament Golf Foundation, which runs the event.

While she’s already come a long way from that little kid with a sense for the sport, Stackhouse admits she’s a little nervous for her first foray as a pro.