Golf Power Rankings: Breaking Down the SBS Tournament of Champions 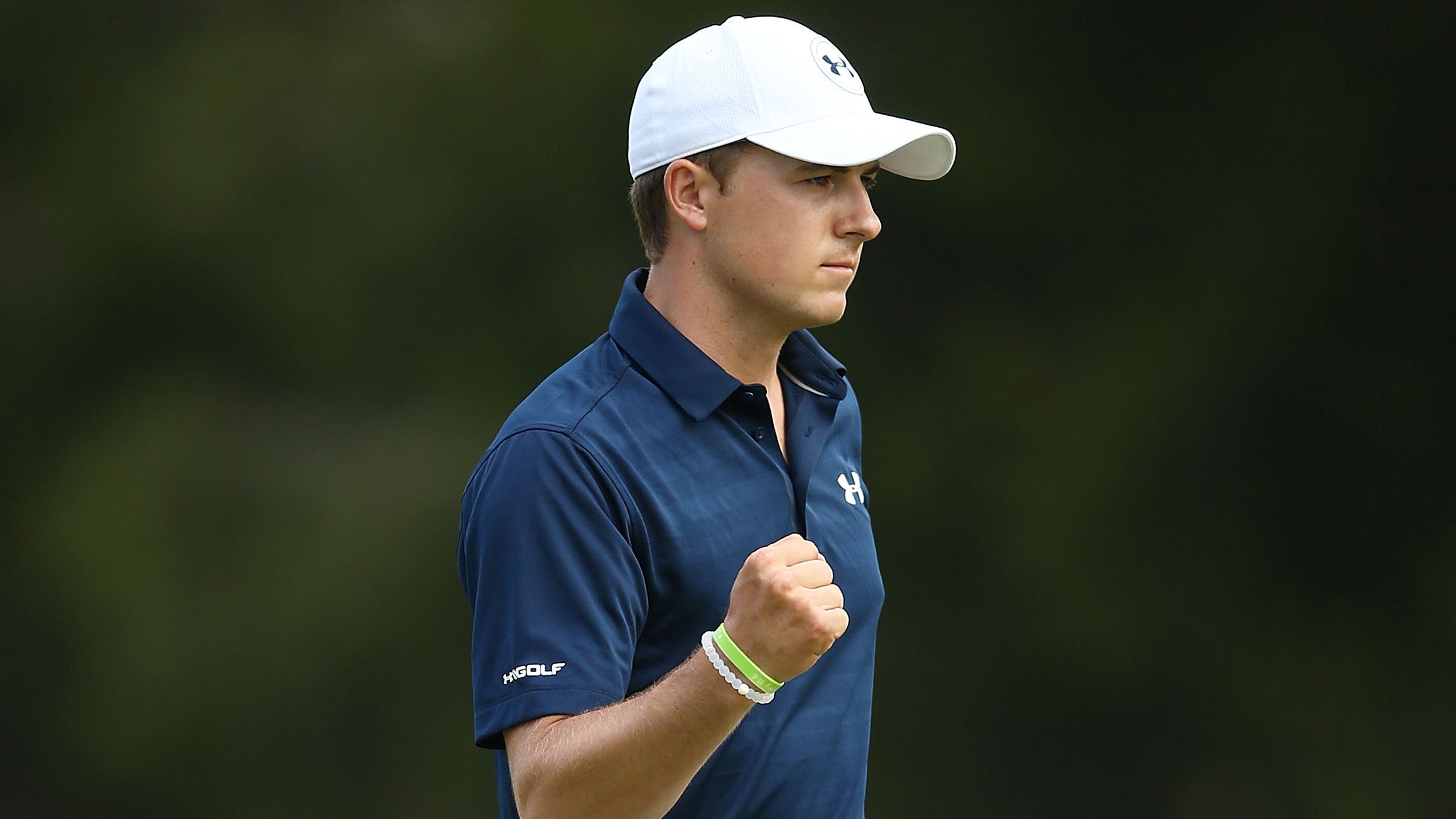 Jordan Spieth is back to defend his title at the Tournament of Champions.
Getty Images

This story originally appeared on FanSided.

Golf fans, rejoice! After what felt like an interminable offseason, PGA Tour golf will be back on our television screens this week in the form of the SBS Tournament of Champions.

With 32 of 2016’s winners slated to compete, including a host of big names, it should be a fitting start to a brand new year of great shotmaking and thrilling competition.

While the title sponsor may have changed, we’re still dealing with the same host track: the Plantation Course at Kapalua. With its many downhill holes and wide fairways, we should see a number of breathtakingly long drives, as well as plenty of opportunities to make birdie.

While Kapalua’s location makes it a popular vacation destination for golfers and their families, we shouldn’t expect the weather to cooperate all week.

The forecast currently calls for little rain, but this is Hawaii, so things can change quickly. However, if the sun shines throughout this week, expect the baked out fairways to yield even more mile-long drives than usual.

Without further ado, let’s kick off another great year of PGA Tour forecasting and ranking. Here are the 10 best bets for success at Kapalua.

Even with major champions like Jordan Spieth and Jason Day in the field, we have to give Matsuyama his due. All the 24-year-old has done since the calendar turned to October is pile up four wins, including victories over strong fields at the WGC-HSBC Champions and the Hero World Challenge. He’s made just one prior appearance at Kapalua, but it resulted in a tie for third, just one stroke out of the playoff between Patrick Reed and Jimmy Walker in 2015. Given his recent form, he should have no trouble rising to the top of the leaderboard.

Kapalua is a quintessential bomber’s course, so it makes sense that Johnson has seen success at the track over the years. In six career appearances, he’s missed out on the top 11 on just one occasion and ended up hoisting the trophy in 2013 — not a bad sign heading into this week. He also finished out 2016 in fine fashion, picking up a win at the BMW Championship and tying for third at the Hero World Challenge. His outstanding performance from last year will be a tough act to follow, but another trophy at the Tournament of Champions would be a good start.

This Texan has been a full-fledged PGA Tour member for more than three years now, but thanks to a winless 2014 season, this will be just his third Tournament of Champions. He’s made the most of his prior appearances, though, winning the event last year and finishing just one stroke behind champion Zach Johnson in 2014. What’s more, he looked great at the end of 2016, coming out on top of a dramatic playoff at the Australian Open before notching a tie for sixth at the World Challenge. With that combination of history and form, it wouldn’t be a surprise to see him in the winner’s circle at week’s end. This Aussie’s outstanding 2016 ended on a rather unfortunate note thanks to a balky back, but he should be back on the right track thanks to his nearly 15-week break from competitive play. If he’s lucky, he’ll pick up right where he left off — with 15 top 25s in his last 16 starts prior to his withdrawal from the BMW Championship, he was the PGA Tour’s most consistent player last year. To top it off, Day has notched three top 10s in as many appearances at the Tournament of Champions, including a tie for third last year.

This Vanderbilt product stayed busy in 2016, playing in 28 events for the third consecutive year. He finished in the top 10 in nearly one-third of those starts and was solid throughout the season, kicking it off with three straight podium finishes and ending it with a win at the Fiji International in October and a tie for sixth at the World Challenge last month. While he’s never found the winner’s circle at Kapalua, the course has always been kind to his game, yielding four top 11s in as many starts. With any luck, he’ll finally snag that elusive victory this week.

No. 8, Back-to-back top two finishes at Tournament of Champions

This 26-year-old has become known as a mystifyingly consistent player, but he hit an uncharacteristic rough patch towards the end of 2016, missing out on the top 40 in three of his final four starts. However, a return to Kapalua should rejuvenate him — he won the Tournament of Champions in 2015 and finished second to Jordan Spieth last year. That’s a small sample size, but it speaks to a remarkable level of comfort with the course. If Reed messes up this week, then we’ll know that something’s run afoul with his game.

Unlike the previous six players on this list, Thomas lacks a successful track record at Kapalua, but he makes up for it with his outstanding form. The Alabama product has picked up four top 10s in his last five worldwide starts, including a win at the CIMB Classic and a tie for fourth at the Dunlop Phoenix. While he managed only a tie for 21st at last year’s Tournament of Champions, he’s got enough length to create plenty of opportunities for himself. It doesn’t hurt that he currently ranks second on the PGA Tour in birdie average.

2016 wasn’t exactly a banner season for Watson — while he did pick up a win at the Northern Trust Open and a solo second at the WGC-Cadillac Championship, he didn’t seriously contend for any title for the last nine months of the year. Still, he showed a sign of life by tying for sixth at the recent Hero World Challenge, and his track record at Kapalua, while not spectacular, is decent enough. With one of the most powerful swings in the game and the added motivation to bounce back after last year’s disappointment, Watson is one to watch.

When we last saw Berger, he was putting the finishing touches on a runner-up performance at the WGC-HSBC Champions. While the Florida native probably won’t be able to keep that kind of play going at Kapalua, he still stands a solid chance to contend against this week’s limited field — with 11 top 20 finishes in 2016, he’s established himself as one of the game’s more consistent players, and at just 23 years old, he’s going to keep getting better. Against this week’s small field, he should have no trouble standing out.

His Ryder Cup-clinching putt stands as the obvious highlight of his fall season, but Moore logged a number of solid results towards the end of the year, including a tie for 17th at the CIMB Classic and a tie for 15th at the Shriners Hospitals for Children Open. His track record at Kapalua is similarly solid — he’s never gotten particularly close to hoisting the trophy, but a pair of top 10s in four career appearances isn’t a bad thing for him to hang his hat on. He’ll need a dash of good luck to win against some of the bigger names in the field, but if he gets it, he’s more than capable of rising to the occasion.