GOLF Films Debuts with ‘A Beautiful Game,’ a Look at Golf and Life in Rio de Janeiro 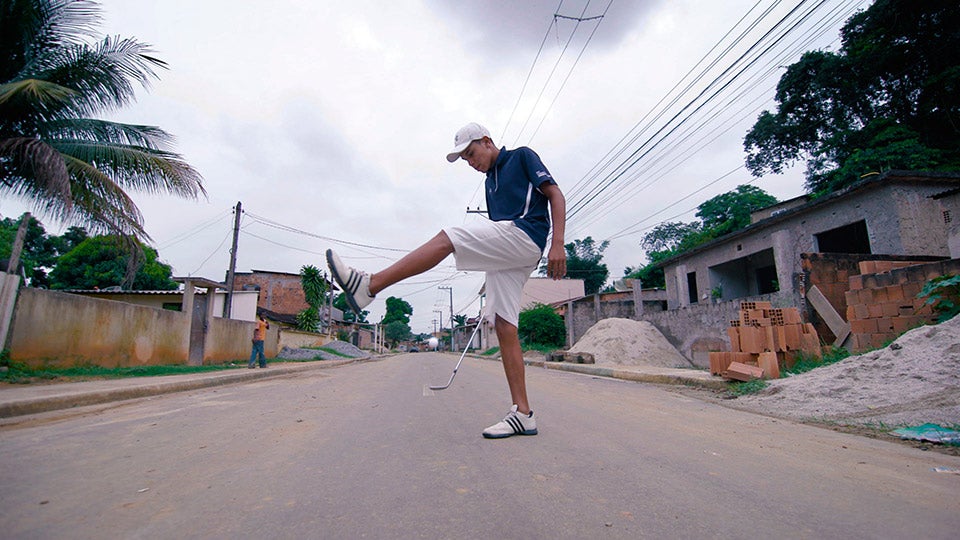 Breno Domingos shows off on the street where he grew up in Japeri, Brazil.
Luke Korver

Grab your popcorn, golf fans. GOLF is in the movie business.

Today we’re excited to announce the launch of GOLF Films, a new series of high-quality short-form documentaries that will tell untold stories from within and around the game.

For our debut feature, “A Beautiful Game,” we visited Rio de Janeiro, the host city of the 2016 Olympics, where golf will return to the Games for the first time in 112 years. Brazil does not have deep golfing roots, but it does have Breno Domingos, a 19-year-old from the humble village of Japeri who has overcome long odds to ascend to the top of Brazil’s amateur ranks. The film tells the tale of Breno’s unlikely rise while also exploring the rest of Brazil’s golfing landscape.

American course designer Gil Hanse speaks in “A Beautiful Game” about how he built the stunning but controversial Olympic Course in Rio, while one of the protesters who tried to stop the construction explains why not all Brazilians have welcomed golf to Rio with open arms. The 17-minute film also shines a light on Brazil’s only public course, a humble layout outside Rio that was built by caddies who wanted a place to play.

Golf in and around Rio in many ways mirrors one of the city’s overarching problems: the wealthy thrive while the poor are marginalized. In few places is this more evident than it is at Gavea G&CC, a swank golf club in Rio that sits in the shadows of one of the city’s largest favelas. Rio has passion and energy, but it is also messy and complex. Golf’s return to the Olympics will be fascinating.

For GOLF Films, this is only the beginning. We’re looking forward to bringing more riveting stories and compelling subjects to your screen of choice. But for now, settle in and check out “A Beautiful Game.”

We think you’ll enjoy the show.