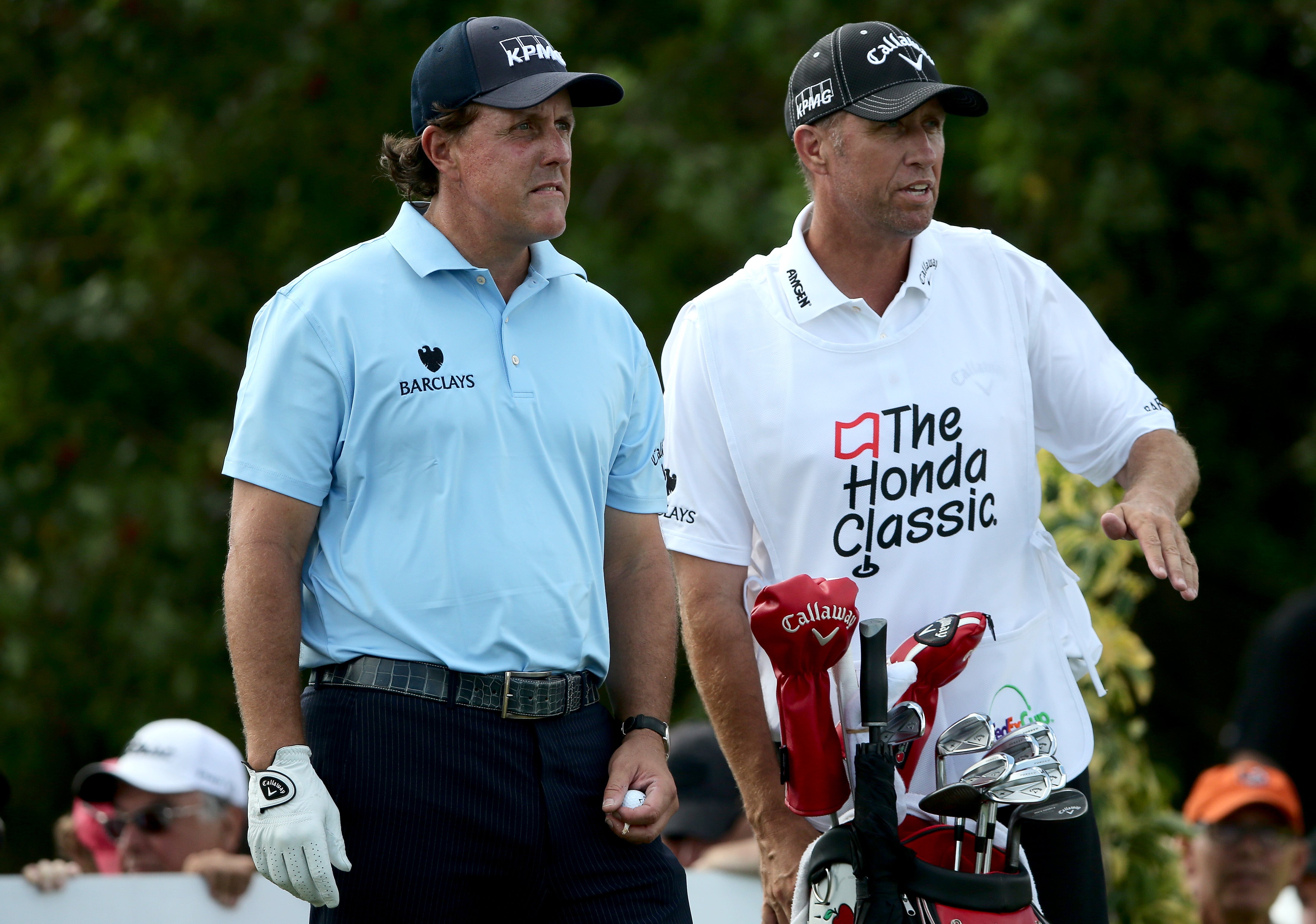 The caddies for Phil Mickelson and Matt Kuchar will carry a lighter load on the PGA Tour next week – microphones instead of golf bags.

Golf Channel has hired Jim “Bones” Mackay and John Wood as part of its broadcast team for two days during the RSM Classic at Sea Island. Mackay has been Mickelson’s only caddie on the PGA Tour. Wood spent nine years with Hunter Mahan until leaving to work for Kuchar in 2016.

“What’s going to be pretty cool is hearing their point of view on what’s going on,” Tommy Roy, the golf producer for NBC Sports and Golf Channel, said Thursday. “We hear so many players refer to “we” and it’s clear it’s a team getting this done on the course. So this will be the perspective from the other half of the team.”

Mackay and Woods will be on-course reporters for key groups during Friday and Saturday rounds at Sea Island.

NBC televised the “Kiwi Challenge” in 2008 when Steve Williams, still the caddie for Tiger Woods, worked as an on-course reporter in his native New Zealand.

Roy said he has been working on this project for more than a year. He identified Mackay and Wood as prime candidates because of their communication skills and “that’s the No. 1 attribute you look for in a television announcer.”

Over the past year, Roy said he has brought the two caddies into the truck to see the operational side of a television broadcast, and he had them wear headsets to adjust to hearing Roy’s commands and how announcers are to respond.

He said Roger Maltbie would be helping them with where to stand – not next to the player, in this case – and other issues. They will have a rehearsal Thursday morning from Sea Island before going live in the second round.

“I really appreciate the chance,” Mackay said. “I think it’s going to be cool. I’m fascinated by the whole TV side of it. Tommy had us out to the truck a couple of times. We had a chance to appreciate the amazing amount of hard work and attention to detail. It’s an honor and it will be a lot of fun. I’m excited about it, but I also want to make Tommy happy to have us out there.”

The last time Mackay was a PGA Tour event without caddying was the 1993 Ryder Cup, and he wound up working as a caddie assistant.

Whether this becomes a regular part of future Golf Channel and NBC broadcast is to be determined. Roy, however, long has been fascinated by the conversation between caddies and players, which can be a compelling part of the broadcast when it involves a big decision.

Mackay and Mickelson seem to be constantly discussing shots. Wood received notoriety in 2007 at the Travelers Championship when he stepped in as Mahan was about to play his approach to the 18th and had him start over with a sharp focus. Mahan made birdie and wound up winning a playoff for his first PGA Tour victory.

“In television, you try to come up with new things to attract viewers and enhance the experience for viewers,” Roy said. “Well see where it goes from here.”