Golf and Beer Are The Secret To Long Life, Says 100-Year-Old Woman 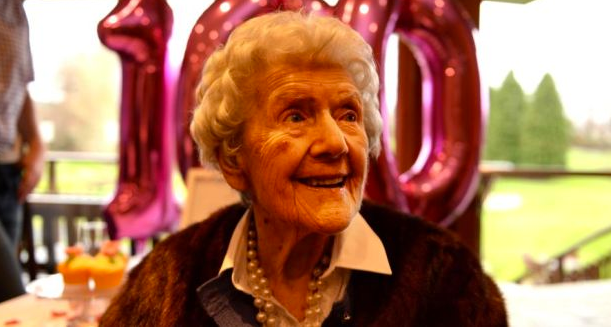 At her 100th birthday party, Alice O’Donavan shared her secrets to reaching the century mark with the Irish Times. Since 1941, she was a member at Grange Golf Club in Dublin, where she played twice a week until her 93rd birthday.

“She played on the Grange team and won competitions in 1955 and 1963. She was lady captain in 1972 and wore her captain’s pin to the birthday party. Her last round of golf was at a mother and daughter competition, with her daughter Mary Kelly. Now she is a lifelong honorary member.

Her daughter said O’Donavan loves to play bridge, and that — combined with the fresh air golf provided and a post-round drink — helped keep her mother sharp.