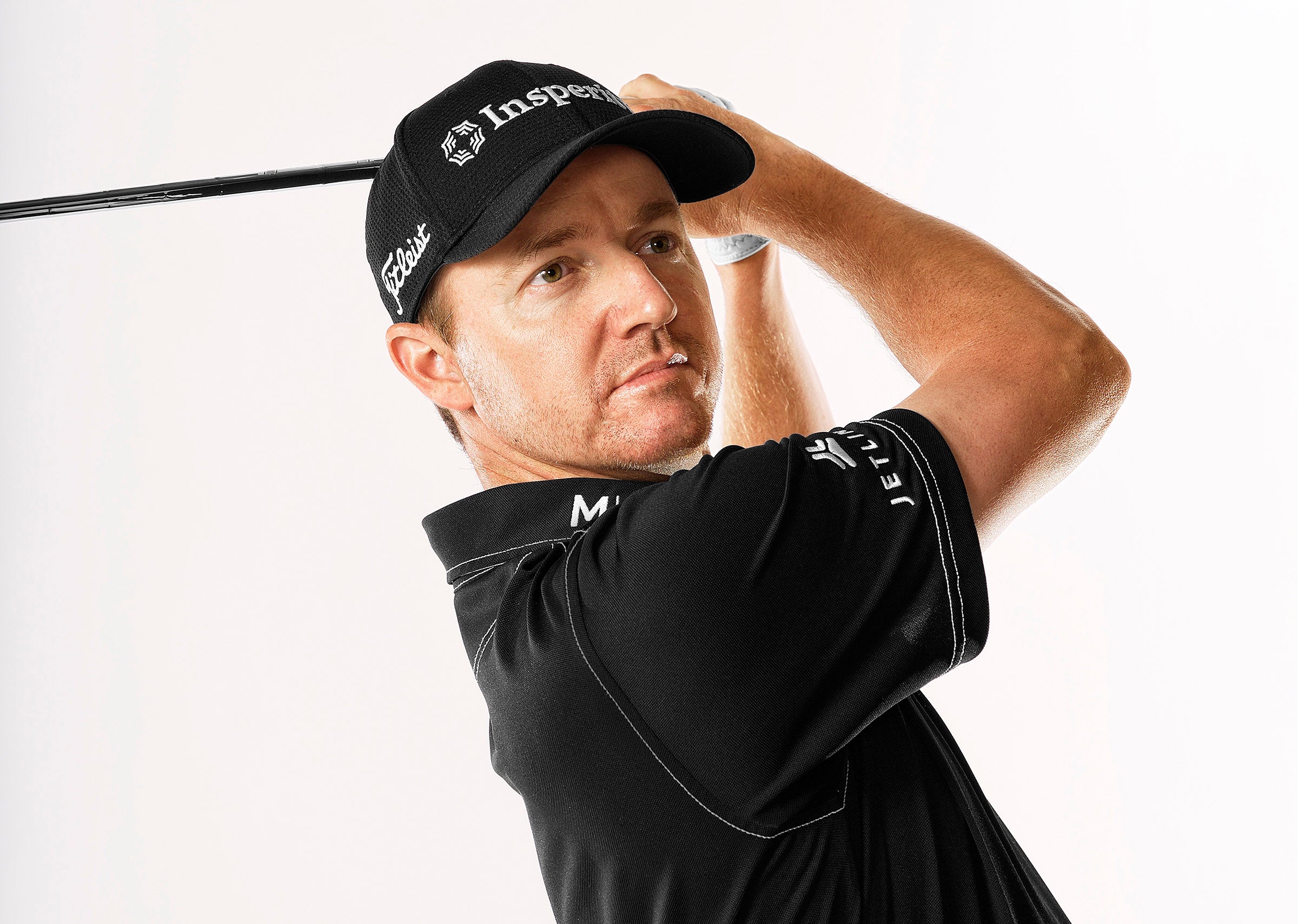 I’m proud of the 301-yard driving average I posted this season, but it’s the work I’ve done with Butch Harmon on my wedge and short-iron game that sparked my two wins and two seconds in 2015 (and a cool $4.5 million in earnings). Butch taught me that the secret to scoring isn’t just hitting solid short approach shots. It’s about controlling distance, trajectory and shape. And it’s easy — I can show you how to do it in five simple steps. Ready? Let’s go flag hunting!

1. HIT THE BALL WITH YOUR BODY

“Dis-arm” your swing to produce consistent distances with every club

On the tee, your goal is to drive the ball as far as you can while keeping it in play. Things are different from the fairway — you have to hit the ball a specific distance. (You don’t get bonus points for flying a 7-iron over the green. You get a bogey.) For consistent yardages on approach shots, use a body-dominated swing. Let your core — not your arms — power your motion. One of my secrets is to maintain the triangle formed by my shoulders and arms throughout my entire backswing. I let my wrists hinge naturally, but I stop my swing at three-quarters, plenty of length for a wedge or short iron. Then, on the way down, I simply shift my left hip toward the target and unwind my body into a three-quarter finish. My lack of hand and arm manipulation gives me the same amount of clubhead loft on every swing. Consistent loft, consistent distance.

Since wedges are the most lofted clubs in your bag, you probably think that these shots should always fly sky-high. Not true. Out on Tour, we prefer to hit lower, dartlike wedge shots because they fly under the wind and produce shot-stopping spin. The secret to these lower, driving shots is in your address. Instead of using your regular full-swing setup with your feet wide apart and the ball played forward of center, set your feet close together and position the ball in the middle of your stance. Now all you have to do is keep your weight on your left side and keep the back of your left wrist flat and facing the target at impact, a move that will cause the ball to “drive” lower, not float. Save your big swing for the tee box. On short approaches, a compact motion does the trick.

How to hit fades and draws — yes, even with your short clubs!

A lot of golfers — including Tour pros — find it difficult to hit dead-straight shots. It’s not because today’s balls spin so much. Many simply can’t picture an arrow-straight shot in their mind’s eye, even on putts, chips, and pitches. And if you can’t “see” the shot, you won’t have the confidence to pull it off. Me, I struggle when I have a short pitch to a flat green, with nothing in the way of me and the pin. But for some reason, I can visualize shots that curve. Maybe it’s because we golfers stand to the side of the ball when we hit, not behind it as in billiards. Regardless, I almost never go for a straight shot. Even with a pitching wedge, I’m still trying to curve it one way or the other tight into the pin. Here are my keys to drawing and fading with even your shortest clubs.

IF YOU WANT TO HIT A DRAW

Move the ball a bit back in your stance and set up slightly closed, with your left foot pulled back a few inches. When you swing, allow the club to turn over in your release, and finish with the shaft sitting perpendicular to your spine.

IF YOU WANT TO HIT A FADE

Play the ball a tad forward of its normal position and slightly closer to your body, and set up slightly open (right foot pulled back a few inches). Swing to a finish with the club nearly parallel to your spine, or sitting more vertically. Experiment with both swings to get a feel for each. You’ll soon become a short-game shot shaper.

Target-hunt in practice for pinpoint feel from any yardage

When I work with Butch Harmon at his facility in Las Vegas, I hit a ton of wedges at metal plates that he’s placed on the range. I lock in a yardage, pull the appropriate wedge and make some practice swings, getting a feel for the club, the distance and the shot shape I want. If I hit my desired shot, the plate will clang as the ball strikes it. With every bull’s-eye, I pay close attention to the speed of my swing, so that I can reproduce it when I face a similar yardage in a tournament. I do this over and over on the range. Repetition is the key. If you replicate this type of practice, you’ll have a much more aggressive, positive feeling on your short approach shots. And steel plates aren’t required — towels, flags, or whatever targets you have on your range will work just fine.

I’m strongly in favor of playing hold-off shots when I need a go-to approach into a challenging green. My favorite? The hold-off fade. It’s a highly effective technique, and much more reliable than a draw, which can easily become a snap hook. This shot is especially useful when the pin is cut far right. I simply aim at the middle of the green and let it curve toward the target. Easy.

Your release is the important element of this shot. As you swing through impact, try to keep your right hand from rolling over your left. When I practice this shot, I work on keeping both wrists flat well after impact (photo, right). This is the ultimate anti-left release, and it guarantees left-to-right spin. The hold-off fade works with longer irons as well as your traditional scoring clubs. It’s saved my hide more than once, believe me.