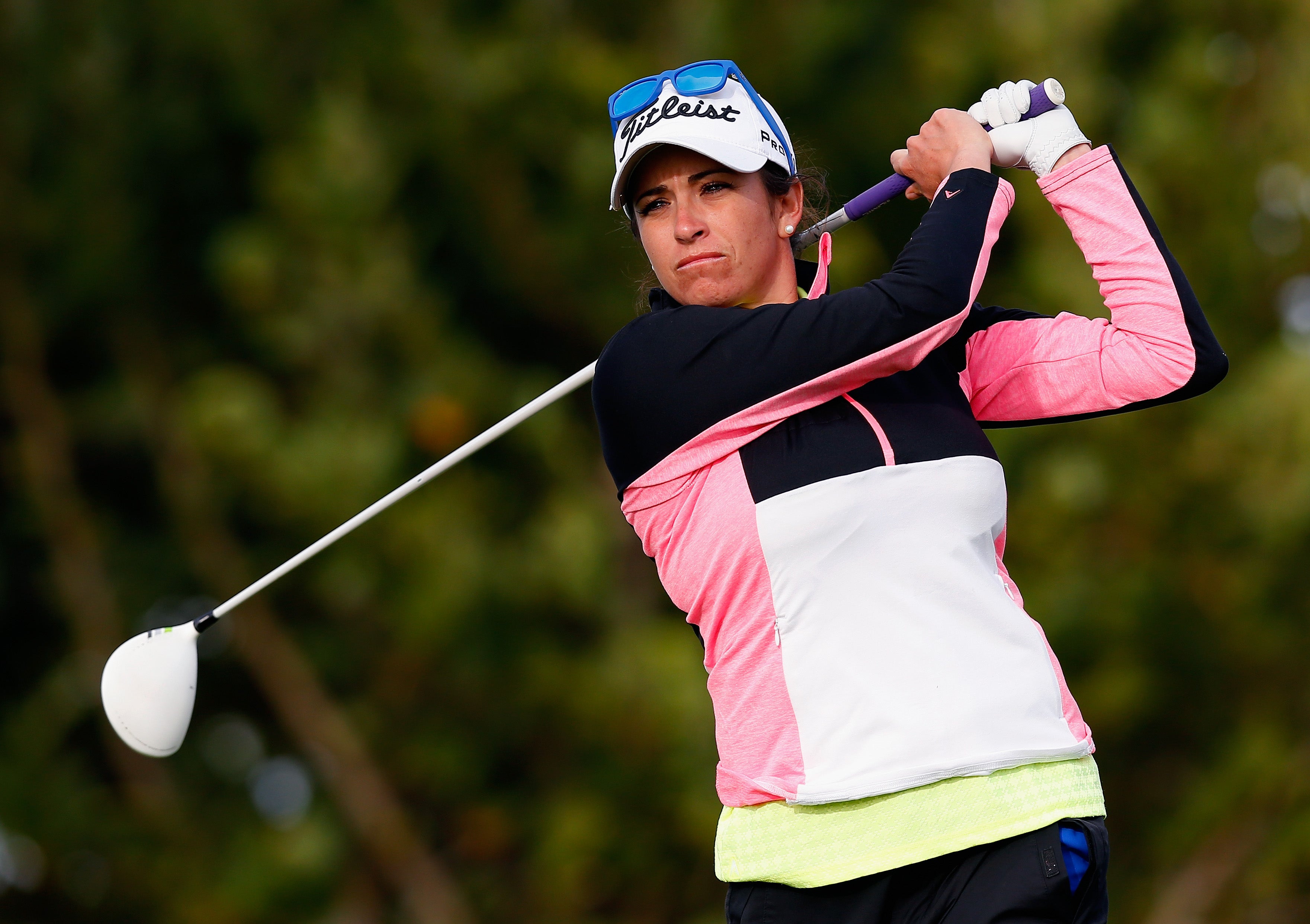 PARADISE ISLAND, Bahamas (AP) — Gerina Piller topped the leaderboard at 10 under Saturday when third-round play in the Pure Silk-Bahamas LPGA Classic was suspended because of darkness.

Piller was 3 under for the round with nine holes left on Atlantis Resort’s Ocean Club course. She made 40-foot birdie putts on Nos. 3 and 4.

“Just minimize the mistakes, and fairways and greens,” Piller said. “I mean, the wind could switch at any second, it can.”

Play was delayed Thursday because of rain and slowed Friday by high wind.

Lexi Thompson was a stroke back along with Sandra Gal, Brooke Pancake, Kelly Shon, Sei Young Kim and Perrine Delacour. Thompson was 7 under for the round with two holes left. Gal had nine holes to go, Pancake 11, Shon eight, Kim 11, and Delacour six.

Second-ranked Inbee Park and No. 3 Stacy Lewis were in the group at 8 under. Park had 11 holes left, and Lewis three. Top-ranked Lydia Ko was 4 under with three holes left.

“I feel good,” said Lewis, 6 under for the round. “I would have liked to have finished that round off today, but just going to bed with a good number posted so far, I’m looking forward to tomorrow.”

“We were talking about that we probably had the best golf going on today, we had so many birdies,” Thompson said. “The first two days we were ball-striking it well, just didn’t make that many putts, but today we were definitely feeding off each other off of birdies.”

Only two groups finished the third round Saturday.

Michelle Wie missed the cut Saturday morning, finishing at 5 over.