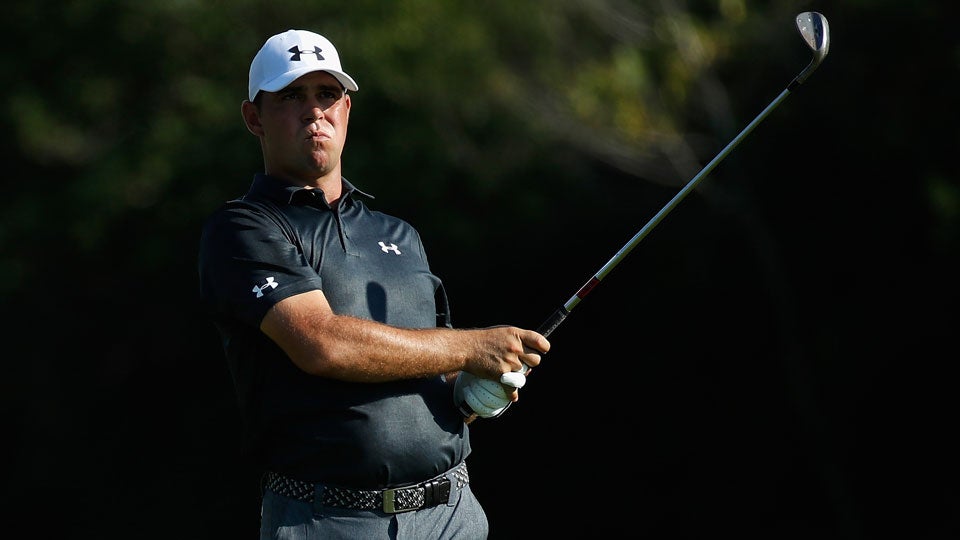 PLAYA DEL CARMEN, Mexico (AP) — Gary Woodland took a one-stroke lead into the final round of the PGA Tour’s OHL Classic at Mayakoba after dropping two strokes on the par-3 15th Saturday.

Woodland finished with a 5-under 66 to reach 18-under 195 on Mayakoba’s Greg Norman-designed El Camaleon course. He won the last of his two tour titles in 2013.

Woodland birdied the first seven odd-number holes, then ended the string with the double bogey on 15 when his tee shot went long into the hazard. He played the first 51 holes without a bogey.

“I’m happy. I mean, I played great today. Drove the ball exceptionally well, controlled my distances to the green, and I rolled it well,” Woodland said. “It’s hard to argue with that, hard to be upset with that. I hit a good shot on 15. I just hit it long.”

Married last month, Woodland took last week off and worked with instructor Butch Harmon after opening the new season in Malaysia and China.

Pat Perez was second after a 62. He played the front nine in 7-under 29, making an eagle on the par-5 fifth. The one-time tour winner recently returned from shoulder surgery.

“I was real comfortable,” Perez said. “I woke up and I just felt good. I was comfortable on the range. I’ve just been on this different attitude in the last couple weeks where I just try to stay aggressive and try to think of the right shot and the good shot and not worry about what happens. It’s really worked. I’ve been working on that the last nine months since I got hurt.”

Defending champion Graeme McDowell was 8 under after his second straight 65. He opened with a 75.