Fox Steals Wallet Out of Golf Bag, Runs Away 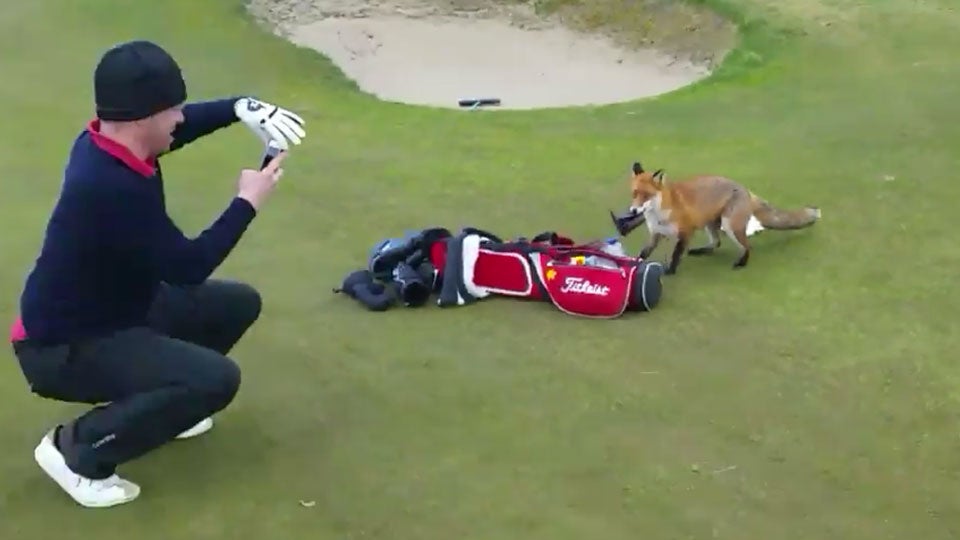 A group of guys from Leeds were so excited to be in Ireland golfing, but they crossed the wrong animal.

They were in Baltray enjoying a round when a big, red and incredibly curious fox came over to say hello. Now, like good citizens, instead of shooing the fox away and continuing their round, one of the guys busted out his cell phone.

And here’s where things go off the rails. As he’s filming the fox, the animal starts to dig into one of the golf bags on the ground. Suddenly, he emerges with a wallet and tears off.

The man filming, presumably the wallet’s owner, chases after him. This guy took being outfoxed to a whole new level. Check out the video below.

4 lads from Leeds, what an amazing experience at Baltray. So friendly and championship links. @CountyLouthGC pic.twitter.com/Jqr3bdDczG