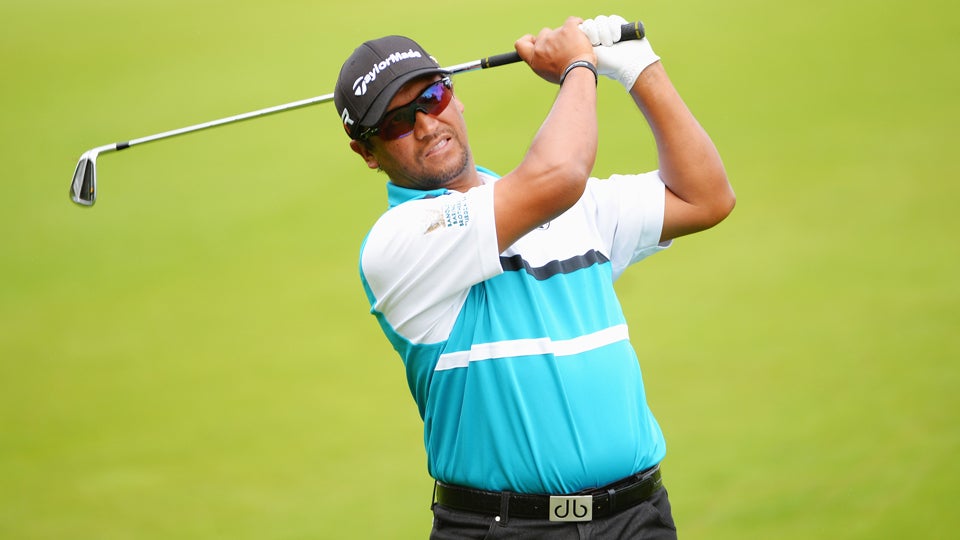 The best shot at the 2016 U.S. Open came from a former champion. Nevermind that it won’t actually count; wait until you see what Michael Campbell — a man who has triumphed at a U.S. Open in the past — did.

The New Zealand-born Campbell retired from golf in 2015 and now works for Fox Sports Asia and was on the course Wednesday, like many media outlets, for coverage and to get a feel for the course.

Left without a club for his “approach” Campbell attempted what any golfer knows is usually a fool’s errand: he threw the ball. After rolling down the ballroom-slick fairway and green at the first hole, the ball found the bottom of the cup for what you could call an eagle.

Campbell’s only PGA Tour win came in 2005 at the U.S. Open at Pinehurst when he held off Woods to hoist the U.S. Open trophy. Maybe he should consider a return.

Day 1 of @usopengolf is LIVE tonight at 10pm (HKT). Here’s 2005 champ @MCampbellgolf having some fun with the crowd https://t.co/znkNMIdRpf