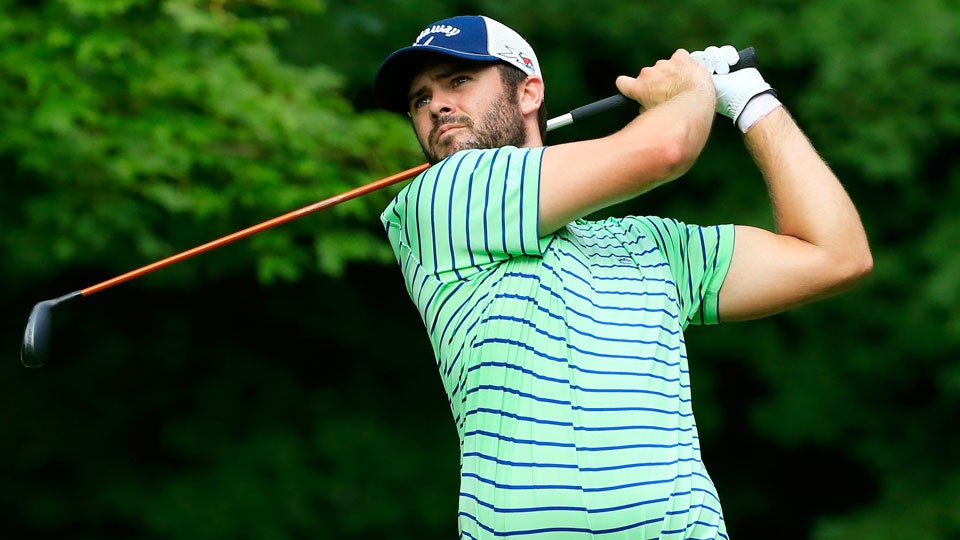 OVERLAND PARK, Kan. (AP) — Wesley Bryan won the Digital Ally Open in a playoff Sunday to earn an immediate PGA Tour promotion as a three-time winner this season on the Web.com Tour.

The 26-year-old former South Carolina player became the 21st three-time winner in a season in tour history and the 11th to earn a three-victory promotion. Also the Louisiana Open and El Bosque Mexico winner, he will be fully exempt on the 2016-17 PGA Tour.

Bryan closed with a 4-under 67 to match Grayson Murray and J.T, Poston at 20-under 264 at Nicklaus Golf Club at LionsGate. Murray and Poston each shot 66.

“If you had flash-backed nine months ago and told me I was going to be in this position, there is no chance I was going to believe you,” Bryan said. “Wins are hard to come by. There are a lot of players playing a lot of great golf, like you saw with J.T. and Grayson today. Just to be able to do it three times is something I thought was not even possible until this year.”

“Definitely the best shot of my career,” Bryan said.

The three matched birdies on the par-4 18th on the first extra hole.

A former trick-shot artist with brother George, Bryant decided last year it was time to focus on tournament golf.

“I didn’t dream of being a trick-shot artist on YouTube,” Bryan said. “I wanted to be a PGA Tour player so that’s kind of when I put my head down and went to work.”