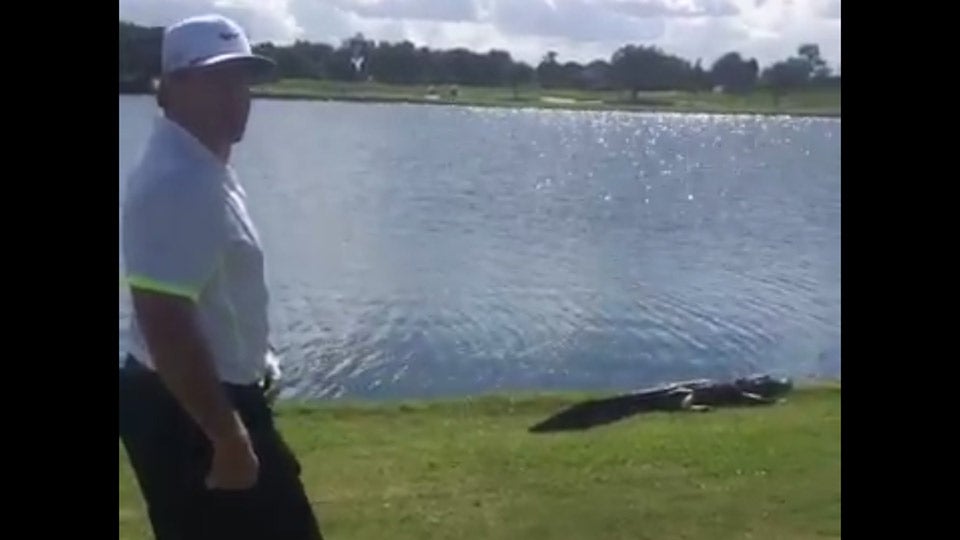 Occasionally, the golf course becomes stadium for man vs. animal. Recently, that man was a former NHL player and that animal was a crocodile sun-bathing just off the fairway.

Former NHL star Jeremy Roenick got closer-than-most to a crocodile with the evidence making its way to Twitter Monday morning via Philadelphia sports radio host Rhea Hughes. The video took place at Bay Hill, during the Member-Guest. It passed hands through Keith Jones, a former Flyer and Hughes’ cohost at the station.

One thing is for certain: Roenick was not afraid. At least not nearly as much as the croc was. Roenick’s response was simple: “That was awesome!”

Jeremy Roenick vs. The Alligator pic.twitter.com/YCO1IZzWdY