FootGolf Is the Essence of Golf Minus the Hardware 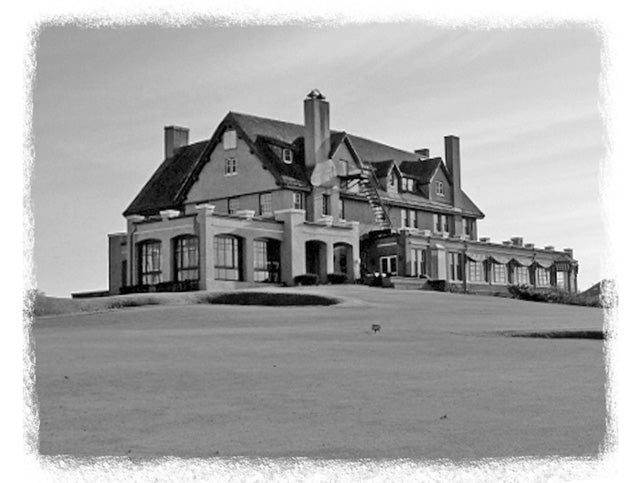 A solid iron player, Walker made 25 straight cuts during a stretch in 2012 and '13.
Kohjiro Kinno / Sports Illustrated

The Rock is a nifty little par-3 course at the Heart of America Golf Academy in Kansas City, Mo. I go there, from time to time, to exorcise my chipping yips. By paying the $12 green fee, I also exercise my support for a terrific municipal golf program. But this isn’t about politics. The Rock course is just a place I go to enjoy a tranquil practice round on a closely mowed meadow at the foot of a wooded bluff.

Did I say tranquil? As of late, my rounds at the Rock have been less suited to meditation and more redolent of the Highland Games. The aural signature is unique: girlish squeals, manly braying, distant laughter and this intermittent thud that speaks to the low-tech nature of the enterprise. Visually, the course arrays 18 seemingly superfluous flagsticks, planted anywhere but on a green, plus an additional 18 pennants scattered about the flood plain. Oh, and this, too: People. People playing a game.

The game, as I’m sure you’ve guessed, is FootGolf.

Invented by somebody, somewhere, seemingly in the past week or two, FootGolf is an easy-to-grasp hybrid of soccer and the Ancient Game. The hole is a 21-inch diameter plastic tub, which someone more mathematically inclined assures me is (soccer-ball-wise) directly proportional to the golf-ball-to-cup-size relationship we’ve all come to know and despise. “The game’s emergence,” Wikipedia murmurs with no more snark than necessary, “coincided with the decline of the popularity of golf among young people, with 643 courses closing between 2006 and 2014 in the United States.” The on-line encyclopedia adds, “The sport has financially saved many struggling golf courses.”

Struggling golf courses, if you’ve been paying attention, is my remit. Even so, I was caught off guard by FootGolf’s occupation of the Rock. Golfers in Kansas City have four 18-hole municipal courses to choose from, including venerable Swope Memorial, an A.W. Tillinghast gem from the 1930s. The Heart of America complex, in addition to the Rock, offers a short but difficult nine-holer (the River), a Tom Watson-designed four-hole First Tee course (the Hill), indoor practice bays and a double-ended grass driving range. Nobody asked what I thought before they sent the thudding hordes onto my sleepy par-3.

Will I ever play it? Probably not. I just like the fact that the Rock is being played. The other day, I shared the 130-yard 8th hole with four teenage boys who play soccer for three high schools; a bearded dad kicking it around with his son and two daughters; and a trio of UMKC dental students. When I teed off, using a 9-iron from a ledge high on the bluff, the FootGolfers were converging on three flags down below. They looked up as my ball sailed high above their heads. Someone yelled, “Get in the hole!”

I thought of sunny afternoons, when I’ve had the Rock all to myself. Bliss! Solitary golf runs in my family, and my dad used to practice solo on a back-and-forth pair of driveable par-4s squeezed between the bluff and the tree-lined Little Blue River. That was a half-century ago, when the course had 18 holes and was known as Swope No. 2. I played my first golf on that old track, and I’ve returned with a certain regularity over the years to pay homage to my dad and the game he loved.

But someone needs to pay the greenkeeper. FootGolf at the Rock debuted in May 2014, just before the quadrennial World Cup, amidst a local soccer boom fueled by Sporting Kansas City, a thriving MLS franchise. A year later, city administrators are all smiles. “It’s the first time the par-3 has turned a profit,” says Nate Richardson, a pro-shop staffer at the Academy. “On weekends, during peak hours, I’d say it’s 75% FootGolfers to 25% regular golfers.”

Is it golf? Hearing of the youth soccer coach who made his 8-to-10-year-old girls sprint through their 18-hole round in 35 minutes, I can only shrug.

Is it good for golf? I think it is. FootGolf is the essence of golf minus the hardware. It’s the gateway game that leads our kids to the hard stuff. And with a washtub for a target, you never — I mean never — miss a three-footer for par.