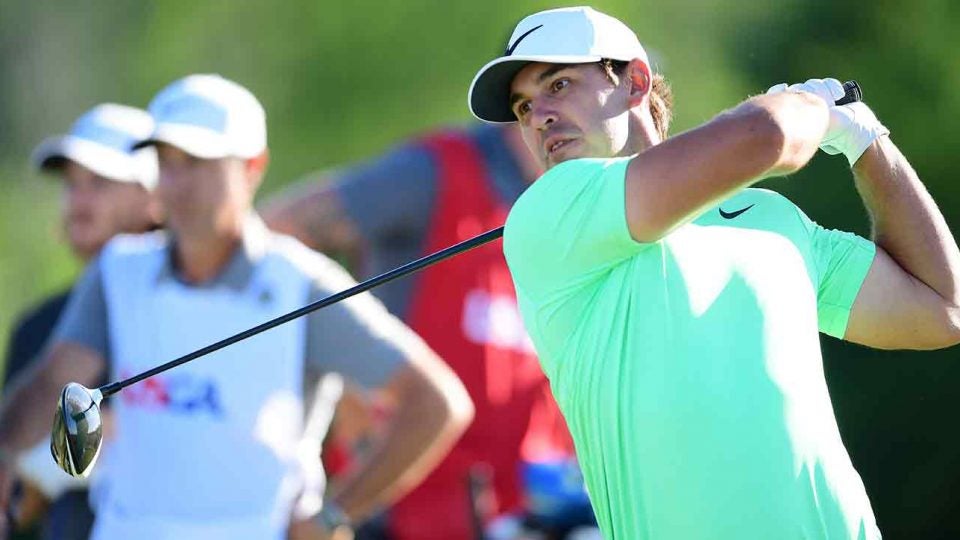 ERIN, Wis. — Well, that was different. No weather delays, no lost greens, no rules debacles, 290-yard irons. And no Arnold. It was the first national championship contested since the death last year of golf’s most charismatic figure. Fans were given an Arnold Palmer pin upon arrival and the players played for a Palmer-stamped pin on the 18th green. Don’t blame Father’s Day protagonist, Brooks Koepka, for his score. He did what he had to do. He went low on the course.

Really low. He won a U.S. Open with scores of 67, 70, 68 and a rock-solid all-time Sunday 67, in a strong wind. The venue, Erin Hills, a resort course in the heart of the American dairyland, is a par-72. Your scoreboard totals are correct: Brooks Koepka won a U.S. Open by shooting 16 under par. Yikes. Seventy-two holes, no double bogeys. That tells you that he never followed up one mistake with another. That’s a hallmark of golfing intelligence.

Koepka is a slow-walking 27-year-old Floridian, strong as an ox, and polite and earnest. He experienced his first taste of big-time, under-the-spotlight golf last year at the Ryder Cup, and played his fifth U.S. Open like it was his 15th. (It was his 15th major of his career.) It is decidedly uncommon for a player to win a major the first time he is in contention for one, but that’s what Koepka did, wearing bright-white golf shoes that looked like basketball sneakers, a tight lime-green shirt with a big old swoosh on it and a surfer’s suntan. His hobby is weightlifting. Well, hobby’s not really the right word. What he does in the gym has a lot to do with why he’s your new U.S. Open champion. The fairways at Erin Hills were a mile wide and Koepka was playing out of them.

Sixteen under is what Rory McIlory shot when he won the 2011 U.S. Open at Congressional and nobody has ever shot a lower score in an Open, relative to par. McIlroy won by eight on a long, wet course, and Koepka won by four on a course that was long and damp for three days, but dry and windswept on Sunday. Only an exceedingly strong golfer could shoot 67 in those conditions, on a hilly course with about a mile of green-to-tee walking. Palmer was similarly brawny when he won his lone U.S. Open, at Cherry Hills in Denver in 1960. Hideki Matsuyama, another brick-house golfer, shot 66.

Koepka was playing in the penultimate group, with his only real rival, Brian Harman, in the day’s final twosome. But whatever drama the day and the event might have had ended when Harman made back-to-back bogeys on 12 and 13. The game was over when Koepka made a birdie 3 on the short par-4 15th while Harman made bogey there about 12 minutes later.

Koepka, one of Dustin Johnson’s South Florida workout partners, was a study in nonchalance—one modest fist pump—when he holed out on the final green. Maybe he looked about the same when he won events, minor and majorish, in Spain, in Turkey, in Scotland, in Italy. Yes, he did look slightly more excited when he won his first Tour event, in Phoenix in 2015. But that crowd, at TPC Scottsdale, is on top of you from start to finish, and it will rev you up.

But when he stood on the 18th green at Erin Hills, shaking hands with the USGA’s governing class, the winner’s solid-gold Jack Nicklaus medal draped around his neck, he looked like the picture of contentment, and why wouldn’t he? It may take him a while until he figures out what it all means.

It was an odd U.S. Open in this sense. Often, going into an Open, the course—the venue—is the biggest conversation piece. But whether you’re remembering Tiger Woods winning at Torrey Pines in 2008 or Lucas Glover winning at Bethpage Black the following year or most any other U.S. Open, at some point the players upon the course become the focus of our attention. This year was not like that. It was hard to get over how different Erin Hills was from any other Open site where the championship has been played.

And even though a trio of major-winning bombers failed to make the cut—Rory McIlroy, Dustin Johnson and Jason Day—it seemed pre-ordained that a Webb Simpson, a Jim Furyk or a Jason Dufner would not win here, and that a masher would. The course was proof that the game really is bifurcated. Erin Hills is a course that is almost impossible for an 85-shooter to play in even 95 shots, and that recreational golfer would likely go through at least a sleeve of balls. For the Tour players, Erin Hills looked easy. 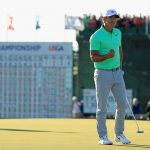 The championship also raises the question of the USGA’s own sense of identity. The traditional definition of a U.S. Open—tight and nerve-wracking—was nonexistent at Erin Hills. If the USGA wants to bring more players into contention at U.S. Open, it will actually need shorter course setups. If they’re not willing to regulate the distance the modern professional hits the ball by way of equipment standards, the only thing that remains is course setup. Koepka played expertly the course that was presented to him. He could not have done this at Merion in 2013 or Merion in 1950.

Koepka is not a father, but he has one, Bob, and Brooks said, winningly, that his victory “will make up for the card I didn’t get him.”

Curtis Strange, a winner of two U.S. Opens, on different courses in a different era, told the new winner, “You don’t know it, but your life has changed overnight.”