Loopers: The Caddie’s Long Walk, is a fun and biographical glimpse into the evolution of caddying 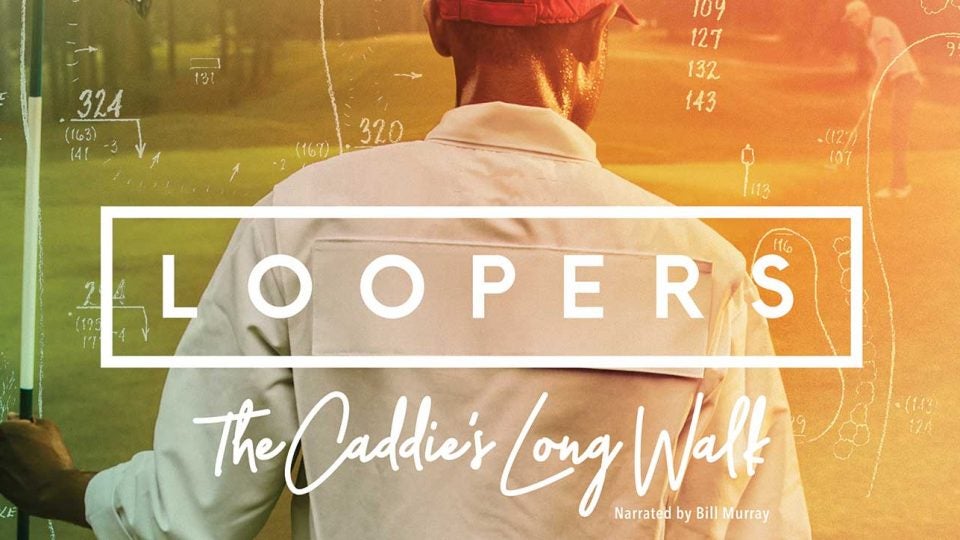 Loopers debuts on June 7 at more than 55 locations.
Courtesy photo

To say a caddie’s job is to “keep up and shut up” isn’t just dismissive.

It ignores the myriad skills the gig requires.

By turns psychologists, swing coaches, strategists and travel consultants — to name just a few of the hats they wear — caddies are the sports world’s most versatile sidekicks.

In a new documentary, they’ve landed a starring role.

Narrated by Bill Murray, a former bagman-turned-comedy-idol, and set for national release June 7, Loopers: The Caddie’s Long Walk, marries history and biography as it tracks the origins and evolution of a centuries-old trade through profiles of notable characters who’ve plied it.

As it bops around the globe, dropping in on iconic clubs and diving into their caddie cultures, the film stops to interview a host of famous players, and the men and women who hauled their bags. There are sit-downs with Tom Watson, Curtis Strange and Lee Trevino, among others.

There are insights into the dynamics of such notable duos as Ben Crenshaw and Carl Jackson, Nick Faldo and Fanny Sunesson, and Michael Greller and Jordan Spieth.

News
‘Tiger Woods’ biography to be turned into a scripted miniseries

In its exploration of these and other caddie-player pairings, Loopers lays bear its central theme: it’s really a film about relationships.

“What was so striking as we went about this was the complexity and uniqueness of the bonds that develop between caddies and players,” says Loopers director Jason Baffa. “Soon enough it became pretty clear that we were actually making a buddy film.”

Baffa’s prior directorial credits include several well-received surf documentaries, and his eye for setting people against the grandeur of their surroundings (Ballybunion, Lahinch, Pebble Beach and Bandon Dunes count among the arresting cameos) yields lovely imagery. The visuals make a stunning backdrop for the story Loopers has to tell. 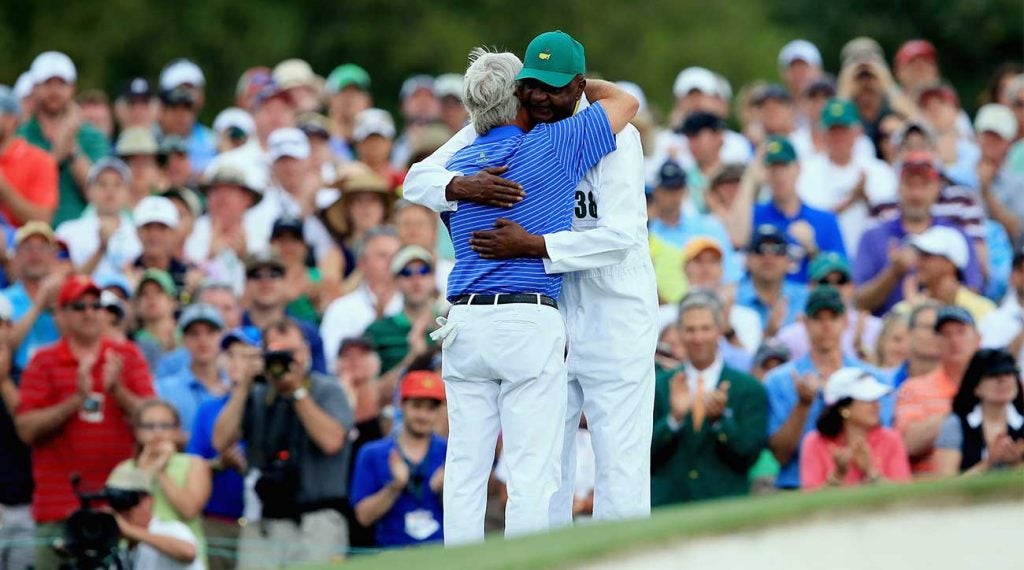 Ben Crenshaw hugs longtime caddie Carl Jackson on the 18th green after playing in his final Masters during the second round of the 2015 Masters.
Getty Images

It’s a narrative that traces to Scotland in the 1700s, when the caddying profession started taking shape. Ball-hawks on the course, caddies doubled as tour guides off it, steering their players toward all kinds of pleasures, whether at bars, restaurants or brothels.

It was a freelance craft that acquired some formal trappings in the late 1800s, when Old Tom Morris, club-maker, golfer, and course designer, added to his varied resume by becoming history’s first-known caddy master.

When golf crossed the Atlantic to the United States, caddying came with it. Many of Loopers’ most compelling scenes focus on Augusta National Golf Club, where caddying culture runs especially deep. For much of the history of the Masters, Augusta required that competitors hire caddies from the club, a policy that yielded several formidable pairings. Nathaniel “Iron Man” Avery was Arnold Palmer’s caddie for all four of the King’s Masters victories. Willie Peterson strode beside Jack Nicklaus for five of the Golden Bear’s six Masters wins. Carl Jackson, who shepherded Ben Crenshaw to his first green jacket in 1984, was on Crenshaw’s bag again 11 years later, when he swing-tipped his man to an intensely emotional second Masters win.

In 1983, a confluence of factors — including lobbying by Tom Watson — prompted Augusta National to modify its rule and allow players to bring their own caddies to the Masters. As a consequence, the club’s in-house loopers lost an important source of income. The players also lost their local knowledge. Not since 1979, when Masters rookie Fuzzy Zoeller won the Masters in partnership with Jariah Beard (“It was like a blind man with a seeing-eye dog,” Zoeller says of his dependence on his caddie), has a first-timer claimed the title at Augusta. 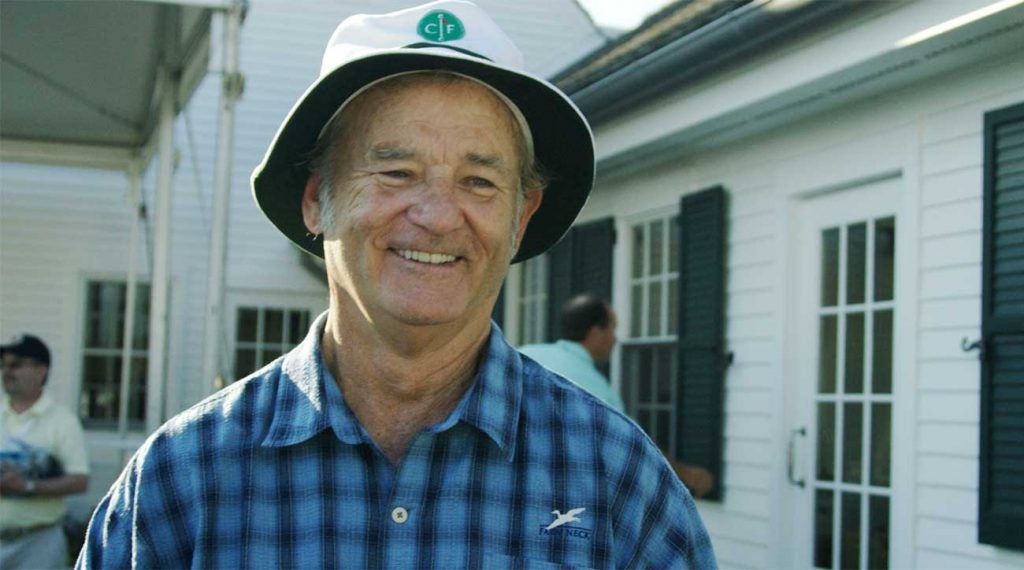 Around the time that Augusta overturned its club-caddie requirements, the business of caddying was in flux. With more money in the offing at the game’s elite levels, the guys in the caddy shack were increasingly on the outs, replaced by a growing cadre of “professional” caddies. Something else was striking about the shift. Loopers doesn’t mention it — at least not directly — but the footage in the film makes it crystal clear: as more money flooded into the profession, jobs once held by black caddies were increasingly assumed by whites.

In opting not to deal with this subject directly, Loopers ignores an elephant in the room. Then again, this subject could make a separate documentary, and it’s not the intended focus of this film. Loopers is meant to be a celebration rather than a meditation on fraught matters. It’s crafted as a paean, and it serves that purpose well.

Adding to its impact are its many prominent voices. Along with coaxing footage out of Augusta National, a notoriously withholding institution, perhaps Loopers’ most impressive coup was landing Bill Murray, a white whale of the entertainment world whose elusiveness adds to his allure. Murray delivers a rich reading, even bending his delivery into a brogue when called for. But he remains restrained enough not to steal attention from the film’s main subjects.

It’s a smart move. Everybody knows he’s not the show.

Loopers debuts June 7 at more than 55 locations in 18 states. A European debut is slated for mid-June. Private views for clubs or organizations can also be made. For more information, visit loopersmovie.com.