Everything You Need To Know About The Players Championship 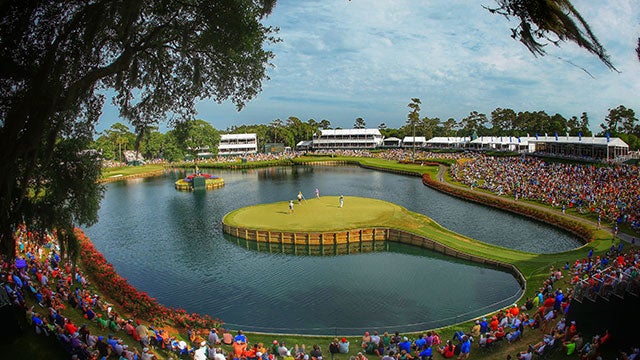 Often positioned as the season’s fifth major, the Players Championship is as prestigious as it gets outside of the Masters, U.S Open, British Open and PGA Championship. The memorable course is a big reason why. The PGA Tour bought the swampy 415 acres for $1 in the 1970s, and the course officially opened in March of 1980. Famed course architect Pete Dye was the man responsible for creating a golf course that was a test for all playing styles. Dye credits his wife, Alice, with the idea for an island green for the par-3 17th, which has turned into the most recognizable hole in the game. Spots for fans to watch the action were taken into consideration by Dye, and he created the “stadium” feel by framing holes with 30-foot high mounds to allow spectators to have easy access to the players. The first edition of the Players Championship was held in 1974 and won by Jack Nicklaus. It was called the Tournament Players Championship and held at Atlanta Country Club. The venue bounced around until 1977 when it landed in Florida at the Sawgrass Country Club. It was moved to TPC Sawgrass in 1982. Nicklaus is the only three-time winner of the event with Fred Couples, Steve Elkington, Hal Sutton, Davis Love III and Tiger Woods being the only player to win the Players twice.