Every golfer’s time comes. Occasionally, it comes on a golf course. 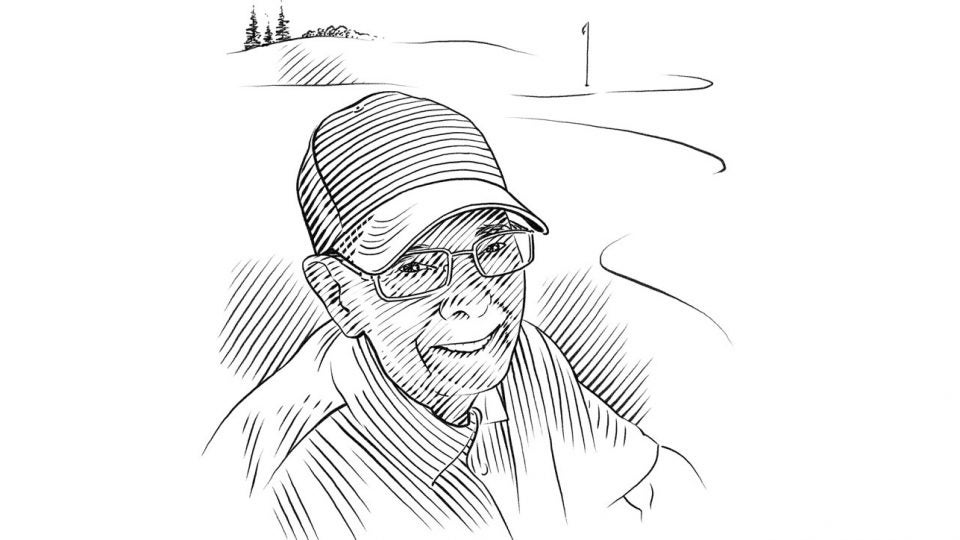 They say that death comes like a thief in the night, but that wasn’t the case for Marshall Jacobs, the 94-year-old Wisconsinite who died while watching golf, live at Erin Hills, on the warm, still Friday afternoon of the U.S. Open.

“This outing could kill him,” the son, Bill Jacobs, told his sister, Patti Loftin. Patti was in Milwaukee, visiting from Plano, Texas. Their mother, married to their father for 68 years, had died several days earlier.

“Very much so,” Bill said. “This is what he wants to do.” Bill pushed his golf-loving father’s wheelchair to a perch by the sixth green. Marshall, a quiet son of the Greatest Generation, watched Steve Stricker make a three-footer for par, nodded off in his wheelchair, “and never woke up,” Bill told me.

Lucille and Marshall Jacobs had a joint funeral. Stricker sent flowers. Marshall had planned to buy Bill and a friend lunch that day at Erin Hills. The USGA did instead.

When the USGA released a news bulletin late that afternoon, two other golf-course deaths came to mind. I’m not talking about on-course memorial services. That’s another category—Arnold, his ashes scattered over the Latrobe Country Club, his ancestral backyard. There’s a lot of that, including at the Masters. (Nice choice.) Palmer died in a Pittsburgh hospital, but you can be sure he would have preferred the exit his friend Bing Crosby made in 1977, stage right on a golf course in Madrid, shortly after holing out for an 85. Seventy-four, heart attack, and these were his final words: “That was a great game of golf, fellas. Let’s go have a Coca-Cola.”

“He was too young but he was spared the indignities that can come with being old and infirm,” Bing’s youngest son, Nathaniel, told me. “Dad was a golfer who sang for a living. He died on a golf course. That’s a high note to go out on.” 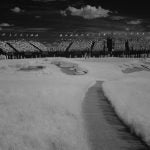 You may also like Man who died at U.S. Open spent ‘three hours of bliss’ at Erin Hills

So Bing wasn’t there—not in the corporeal sense, anyway—when Nathaniel won the U.S. Amateur at Olympic in 1981, a course where father and son had logged dozens of rounds. “But I felt him,” Nathaniel will tell you. That’s the whole thing, isn’t it? You say goodbye but you hold on.

On the last Sunday in July in 1974, a man named Max Papanek died on his home course, the little municipal layout in Bellport, on the South Shore of Long Island. I remember the event vividly because it was my first summer as a golfer at Bellport, and because I knew Mr. Papanek, who sold World Series “chances” in our neighborhood as a fund-raiser for our synagogue. At the time of his death, Max’s son, John, was a kid-out-of-Michigan reporter at Sports Illustrated.

“He was 56, and he was perfectly healthy,” John told me. “As I heard it from Bobby Rose”—of Rose Jewelers, Max’s close friend and his regular golf partner—”he hit an 8-iron into the eighth green dead by the stick and, overjoyed, had a massive heart attack and died. A doctor came running over from another hole and tried hard to resuscitate him. But Max died quickly, and he died really happy.” The 8-iron, to four feet.

The death hushed Bellport. I was 14 at the time and became briefly haunted by the thought of Mr. Papanek’s unfinished round. Plus, who would sell the World Series chances now? Enterprising SI reporters tracked down John, on vacation in Grenada, in the Caribbean, knowing nothing more than the first name of the girl he was visiting. A Time Inc. jet was dispatched to the island to pick John up.

Max was an engineer at Grumman and a softball player at Shorefront Park. His wife was a gym teacher at my middle school. He was fun. His favorite golf joke was the one about the man who returns home after a particularly long round:

“George died on the golf course today, struck in the head by his own golf ball,” says the man.

John wishes he could have brought his father to the tournaments that he worked as a young reporter, getting quotes and scenes for Dan Jenkins. He surely wishes other things. But he’s definitely glad Max stiffed that 8-iron.